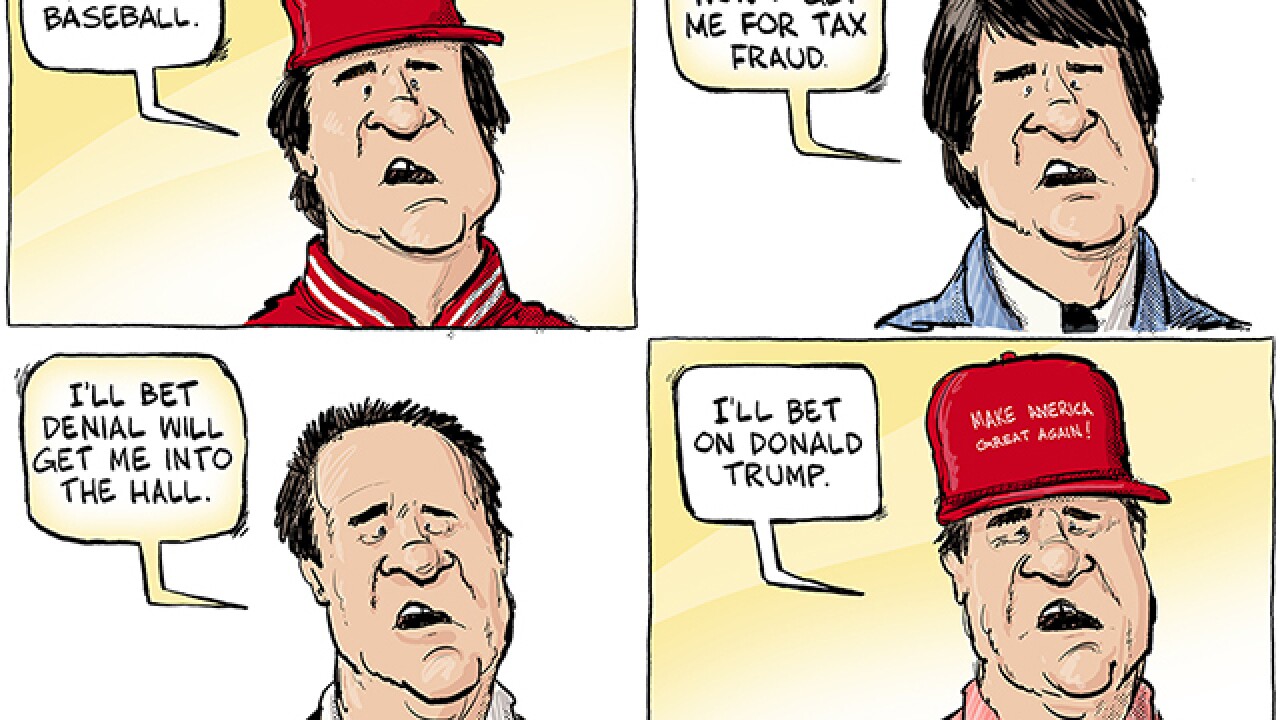 Donald Trump says he doesn't think Pete Rose should be banned from baseball.

That's what he told a crowd in West Chester on Sunday during a Town Hall.

Rose responded to Trump with a signed baseball, noting his support for the GOP front runner in this year's election.

This is WCPO.com Editorial Cartoonist Kevin Necessary's response to Rose's message to Trump.