CARTOON: Not the pride everyone was expecting 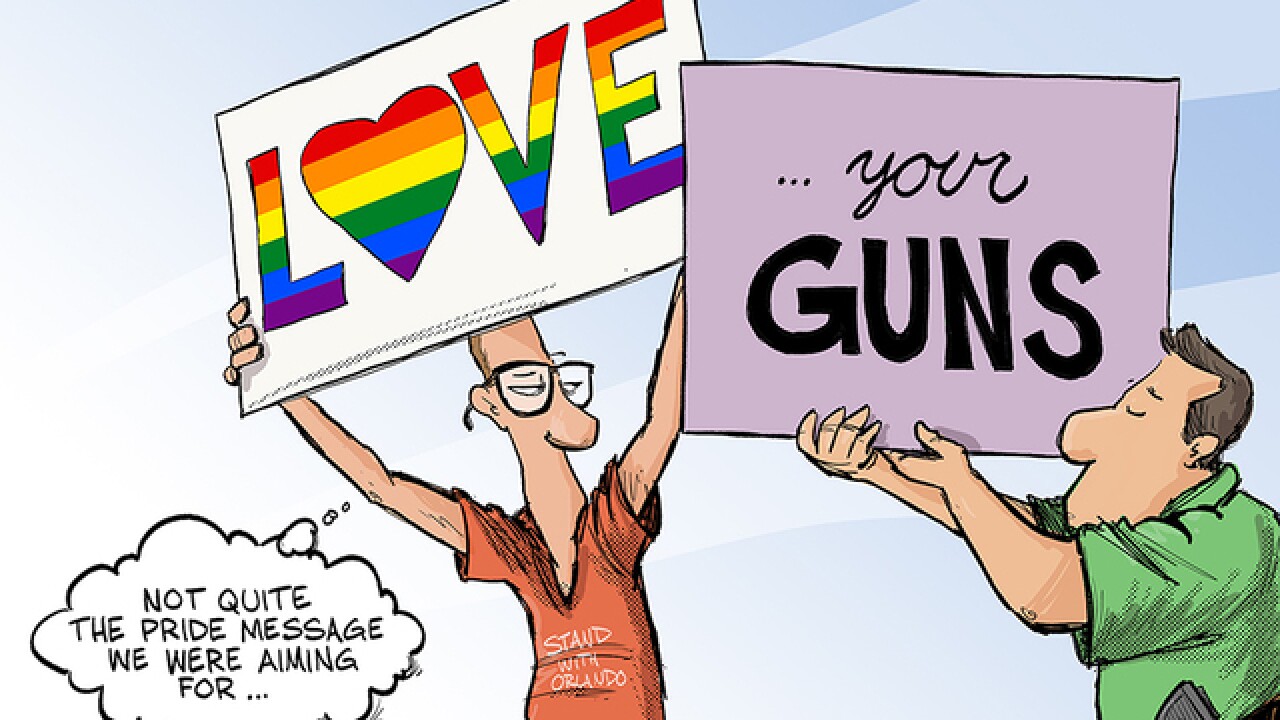 According to the event's Facebook p age, activists will try to engage parade viewers in a dialogue about open carry gun laws. But just a week after the Orlando shooting, in which 49 people were killed at a gay nightclub, some in the local LGBTQ community see Smith's actions as a poorly timed political stunt.