CARTOON: Something stinks at MSD 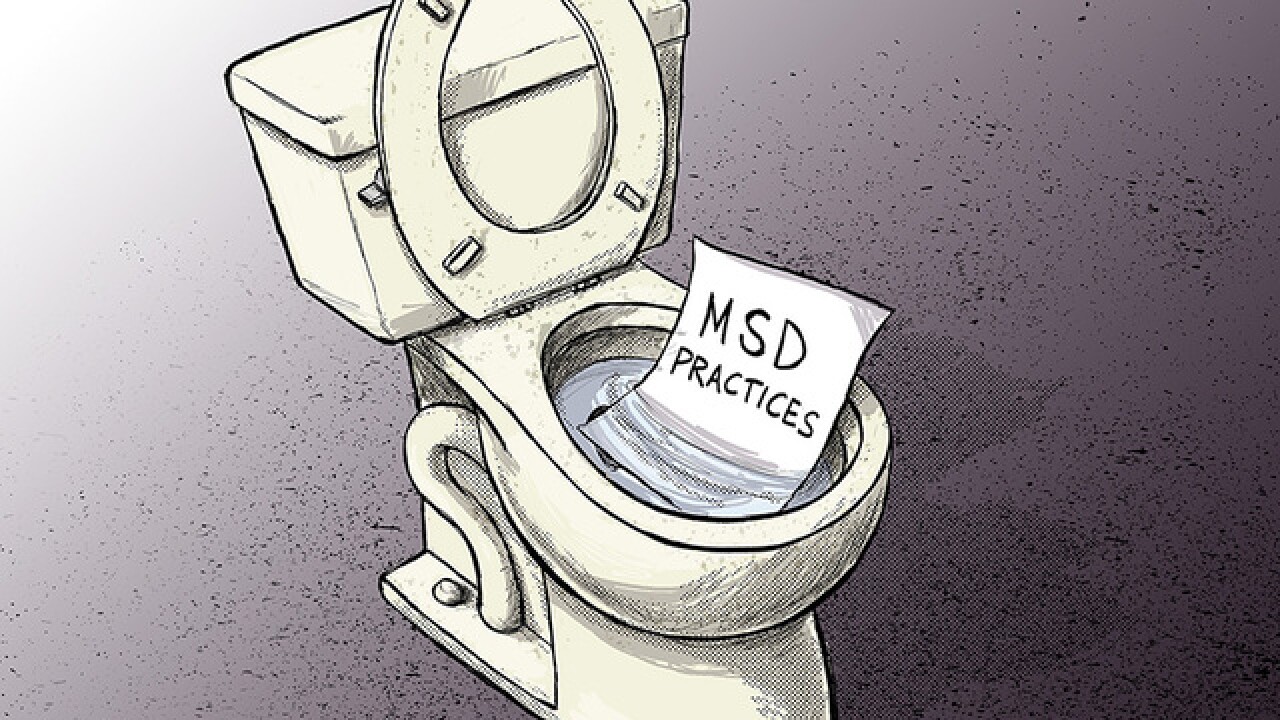 An audit of the Metropolitan Sewer District launched by the city of Cincinnati found that MSD was negligent in many of its practices, including mismanagement of the budget, hiring consultants instead of employees and misuse of ratepayer and city funds.

The long-standing woes faced by the beleaguered MSD -- caught in a power struggle between the city and Hamilton County -- can't just be flushed away.