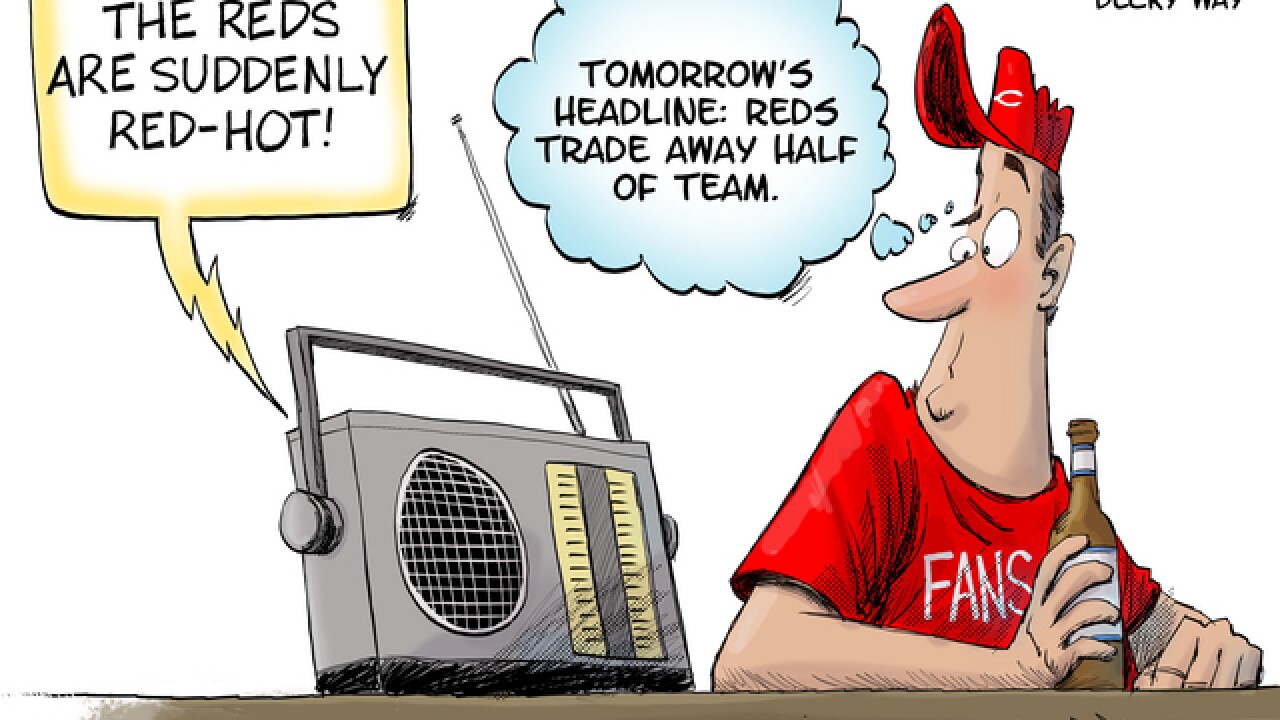 The 2018 Reds got off to a less-than-stellar start.

They were historically bad, and got worse. Bryan Price was fired as manager, Jim Riggleman was installed as a presumably temporary skipper, and the whole season was written off as another workplace injury in the eternal rebuilding of the team.

But over the past two weeks, the Reds have won 11 of 14 games (as of this writing). They swept a series against the Cubs. The pitching is beginning to heat up. The batting is hot.

Are the Reds really turning it around in June? Or is this just a blip before the June swoon?

Go to the WCPO Facebook page and write your caption in the comments. The winning caption will receive two tickets to Riverbend Music Center .