CAPTION THIS: Gas in the tank 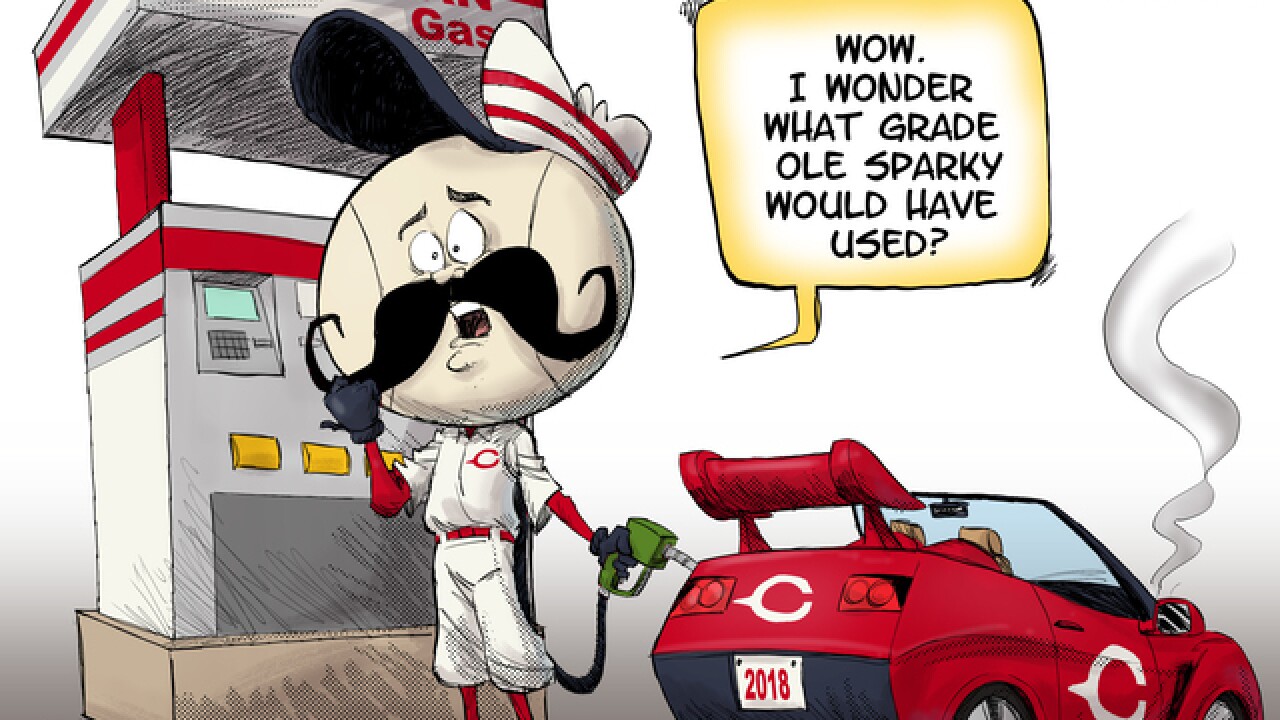 Remember back in April when the Reds were historically bad? And they sacked that one guy, whatshisname, who'd been managing the team's rebuilding since seemingly forever? Of course you don't, because the Reds are one of the hottest teams in the National League, fueled by interim manager Jim Riggleman. Yes, the Redlegs are still in last place, and there's (probably) no way they'll get the wild card spot in the playoffs. But heading into the All-Star break, the Reds have been the little Red Machine that could. Will Riggleman be able to successfully lead the Reds in the second half of the season?

Go to the WCPO Facebook page and write your caption in the comments. The winning caption will receive two tickets to Riverbend Music Center.