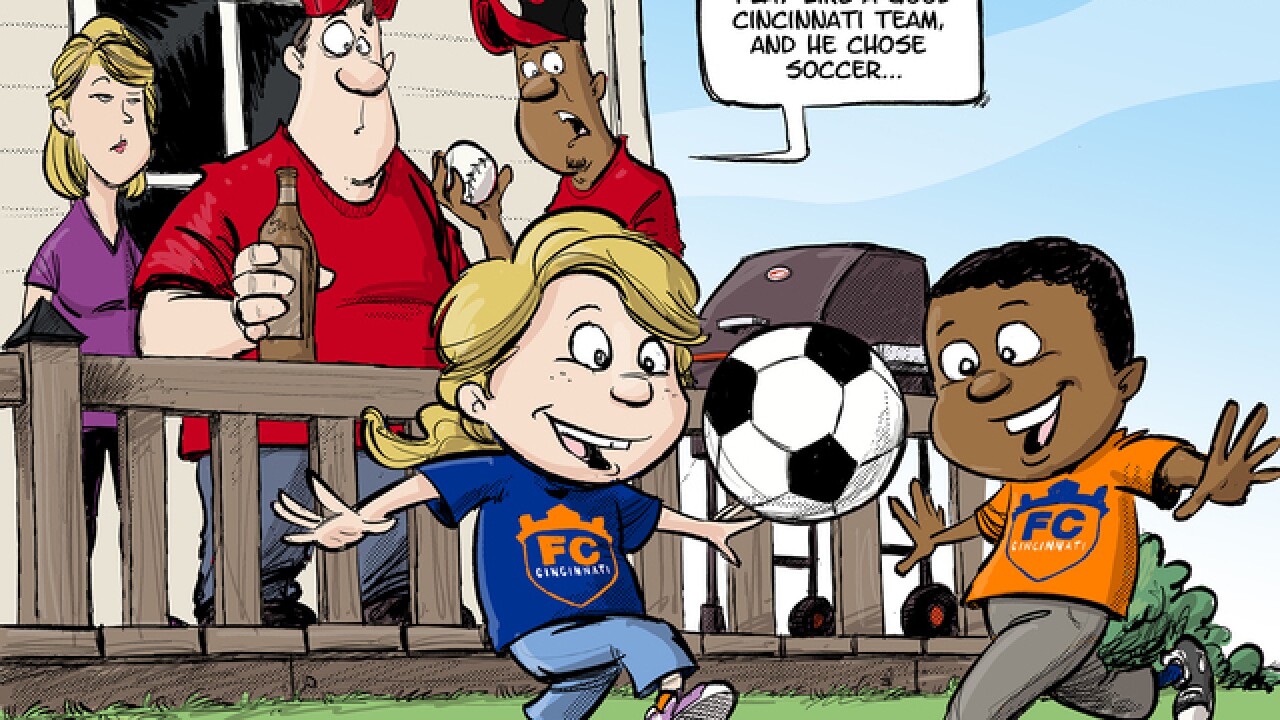 The previous record, also set by FC Cincinnati fans on what was only the club’s second official home game, was 20,947. Prior to that, Sacramento Republic FC held the claim to record attendance, at 20,231.

FC Cincinnati defeated the Pittsburgh Riverhounds 1-0 during Saturday's game. The soccer team's popularity has WCPO.com Cartoonist Kevin Necessary wondering how other Cincinnati sports fans might be feeling about a so-far successful Tri-State team.

Go to the WCPO Facebook page and write your caption in the comments. The winning caption will receive two tickets to a concert at Riverbend.