CAPTION THIS: A real pizza work 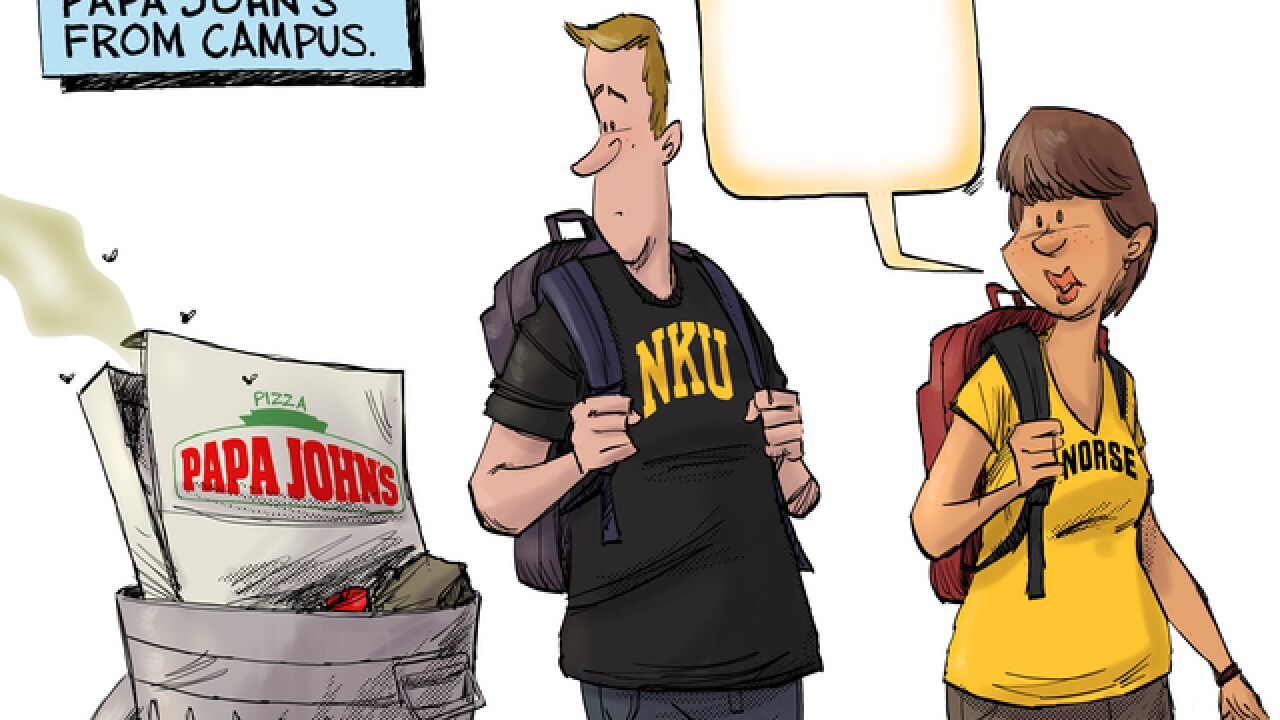 Like leftover pizza that's stayed in the fridge way too long, Northern Kentucky University is tossing Papa John's out of the Student Union food court.

The move is further fallout from the controversy surrounding Papa John's founder John Schnatter. Schnatter, who'd already stuck his anchovies into last year's NFL kneeling situation, was sliced out of Papa John's after reportedly using a racial slur during a conference call.

NKU follows other universities, such as the University of Louisville, that have severed ties with Papa John's.

Go to the WCPO Facebook page and write your caption in the comments. The winning caption will receive two tickets to Riverbend Music Center.