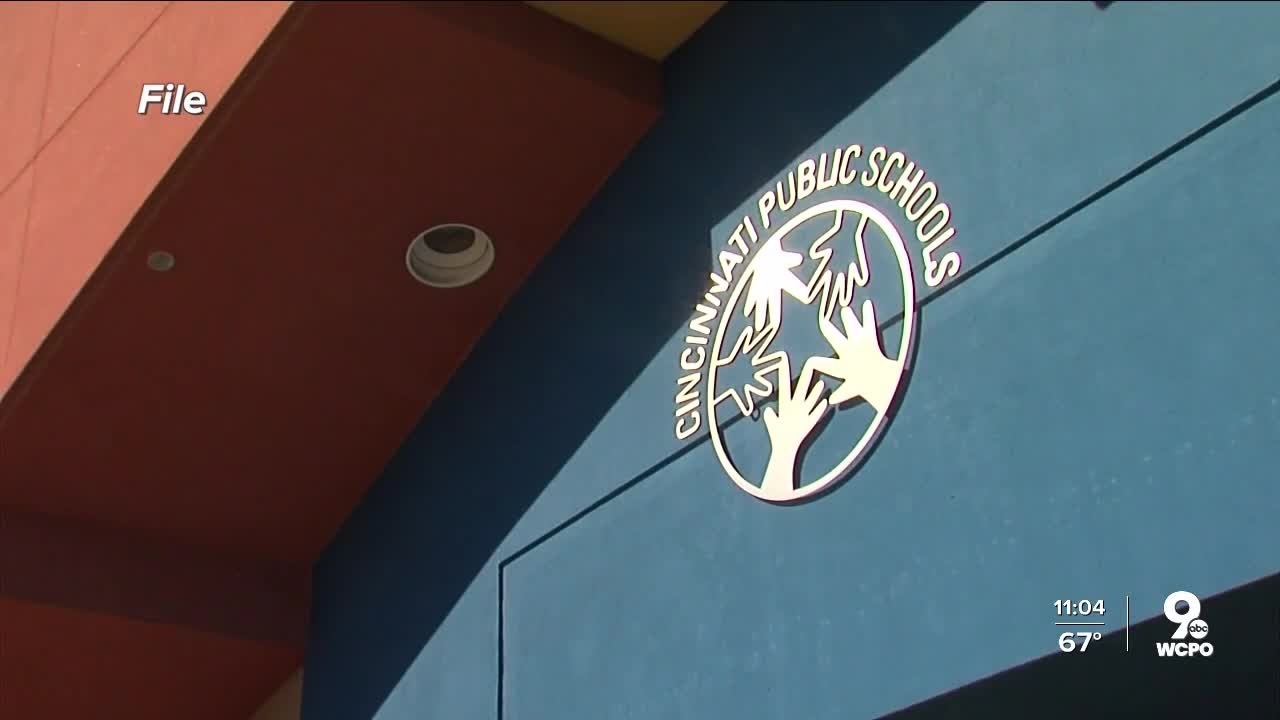 The Cincinnati Public Schools Board of Education is expected to discuss an update to its reopening plan in a meeting on Monday at 6:30 p.m. 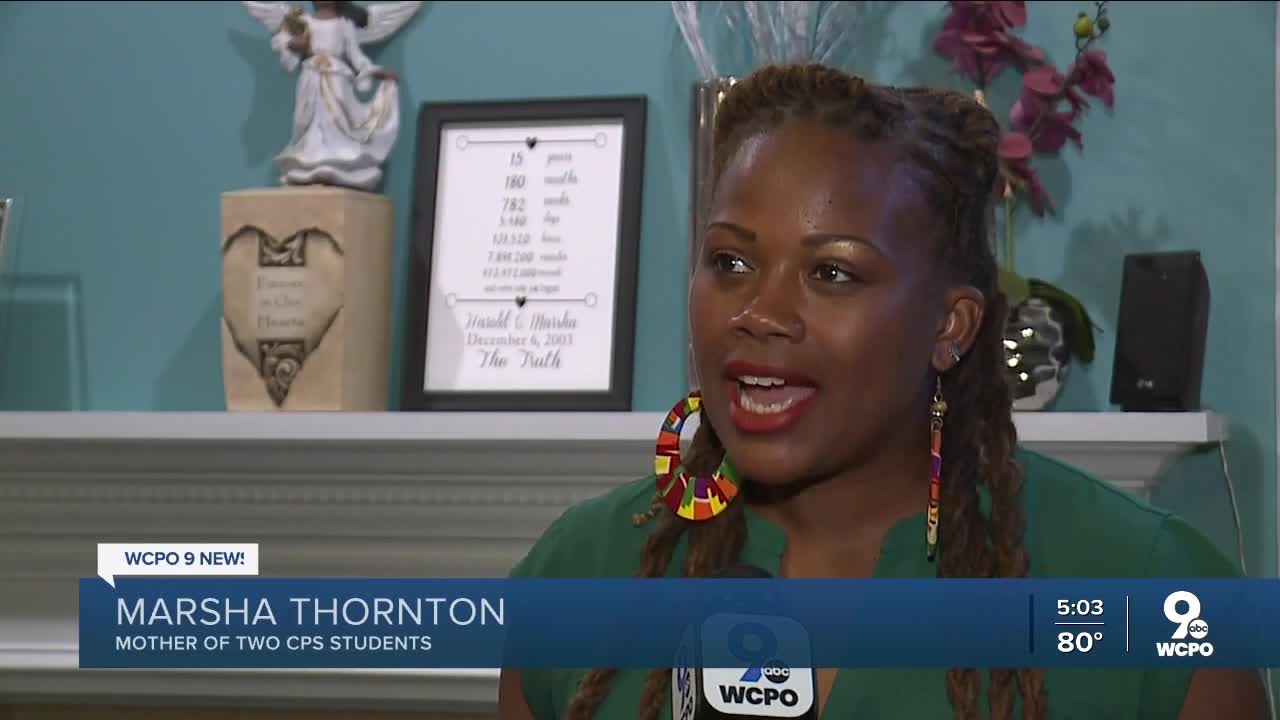 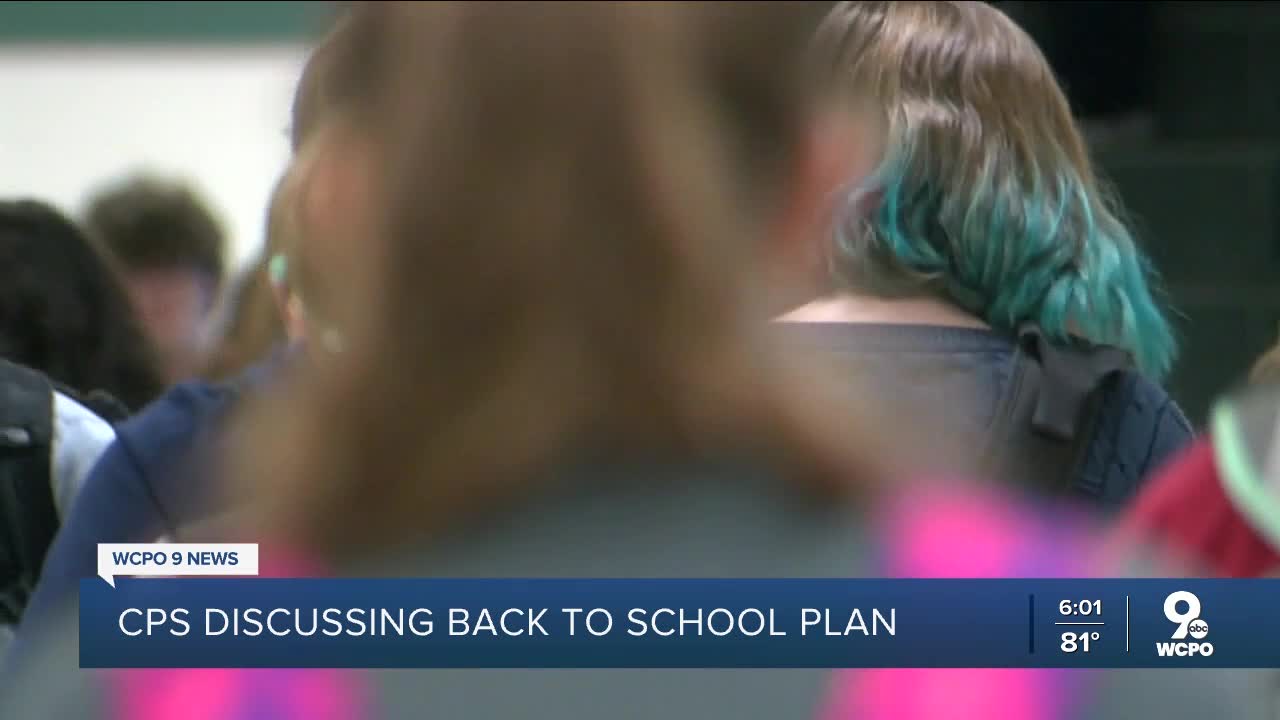 CINCINNATI — Changing its initial plan Monday night, Cincinnati Public Schools Board of Education is moving ahead with a distance-learning model for the first five weeks of school, with classes to resume remotely on Aug. 24.

Under the plan, CPS officials will review community health data during the week of Sept. 14, poring over Cincinnati case numbers, the city's positivity rate and Hamilton County's status on the Ohio Public Health Advisory System.

By Sept. 28, students could resume a blended in-person learning plan, if CPS officials determine it's safe to return. For that to happen, Cincinnati would have to see a "sustained daily decline" in new COVID-19 cases over a two-week period and a positivity rate equal to or under 5%, and Hamilton County must be out of the "red" or "purple" alert zones on the state's health advisory system, according to the proposal.

While board members did not vote to approve that plan, the system is moving forward with the plan under the condition that the superintendent can change it as needed.

To ensure that virus conditions would be safe for students and staff to return this fall, Mitchell also implored families and everyone in Cincinnati to wear masks and social distance in their daily lives.

“This should be a citywide campaign to get our kids back in school as soon as possible,” Mitchell said at Monday's meeting.

Here’s a look at a sample Elementary School schedule. This is a recommendation that would need to be approved. @WCPO pic.twitter.com/Llyj2XHNUg

CPS Board Vice President Ryan Messer said he was glad the district will move forward from home.

“As a parent myself, my husband has said, 'Just make a decision.' I’ve heard from parents at the pool. Grocery store. People need an answer so they can plan," Messer said Monday night.

Six town hall meetings on the remote start are scheduled for CPS staff from Thursday through Aug. 11. A parents town hall is set for Aug. 10 at 4 p.m.

Under the plan, students with disabilities and English learners will still receive services in the remote environment and may have materials that don’t involve technology, based on individual student needs. Some students may require alternative communication devices, which will be sent home with them. Most are included in general education classrooms and will participate with other students.

Additionally, all students grades 2-12 would receive laptops, while pre-K students, kindergartners and first graders will be issued iPads. The district has already distributed roughly 11,000 iPads to students. See the full schedule of device distributions below. CPS, in partnership with Cincinnati Bell, will also offer free WiFi internet “to every CPS student who needs it” by the end of this week.

School sports would also be paused during the five-week remote learning period. Students can still practice, but the proposal recommends not moving forward with new phases.

When they come back to school buildings, CPS will require students and staff to wear masks on buses, in hallways and in classrooms. CPS will also conduct temperature checks, enforce six feet of social distancing and require hand washing before meals. Custodians will also deep clean classrooms and school spaces.

Food hubs will remain at schools during distance learning to retrieve a week’s worth of meals, Mitchell said.

Cincinnati Public Schools’ previous back-to-school plan involved going back to blended learning at first, including the separation of most K-12 students into groups attending in-person classes part of the week and learning online for the remainder to reduce the chance of contracting COVID-19. Students whose families are uncomfortable with an in-person return can choose to learn digitally instead.

However, the district received significant pushback from teachers and other staff members, who would have to attend in-person classes throughout the entire year or risk losing their jobs. Dozens of people lined up outside CPS headquarters ahead of the meeting Monday night, and many teachers, parents and employees tuned into the virtual broadcast with questions.

Many virtual attendees said they were also glad to see the school year start online instead of in-person, including Helena Minasian.

“I think a separate day for only employees is a great option if we have to do COVID testing," she said.

“ I was hoping you’d ... make sure you connect with the teachers on their mental well being," she said.

Previously, some teachers criticized the district’s hiring process for substitutes, of which officials expect to need many. They would have been required to teach in person, too.

Here’s a look at the @IamCPS parking lot. Several dozen have gathered here before a 6:30pm board meeting. I’ll be inside the meeting. @WCPO pic.twitter.com/sBGTC1aTko

For more information on the fall plan, click here.