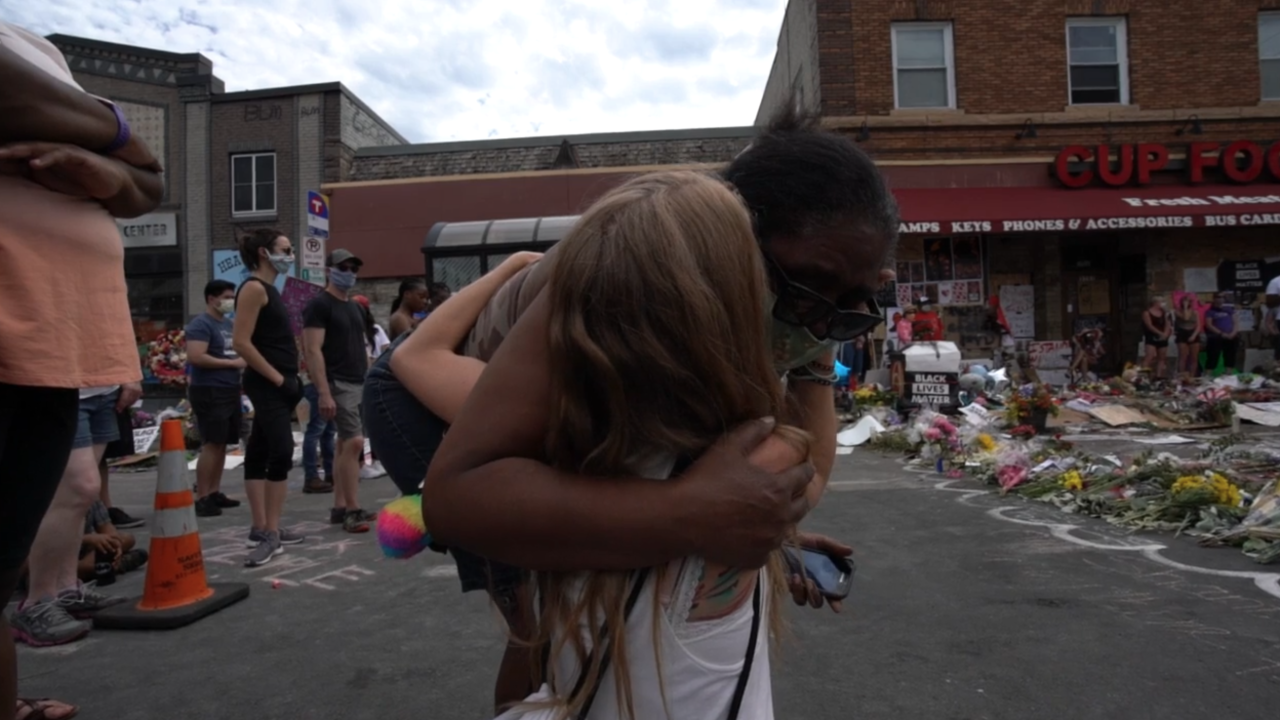 MINNEAPOLIS, Minn. – On May 25, 2020, a 46-year-old black man died after a white officer knelt on the back of his neck for nearly nine minutes while handcuffed in Minneapolis.

Two other officers restrained the man and the fourth officer prevented onlookers from intervening.

The incident with George Floyd, the black man who died, sparked nationwide protests. Some of those peaceful protests turned into riots.

In Minneapolis, those protesting wanted to send a message that was heard across the country. The messages involved racism, police brutality and a need for change.

The E.W. Scripps National OTT team sent two video journalists into Minneapolis to cover the story of Floyd, the city and what effect it has across the world.

What the two video journalists covered were some of the peaceful protests that ended in arrests, some protests that turned into riots and ended with burned buildings, and the community of all races coming together to mourn the loss of Floyd and create a better community.