Minneapolis to ban police chokeholds in wake of Floyd death 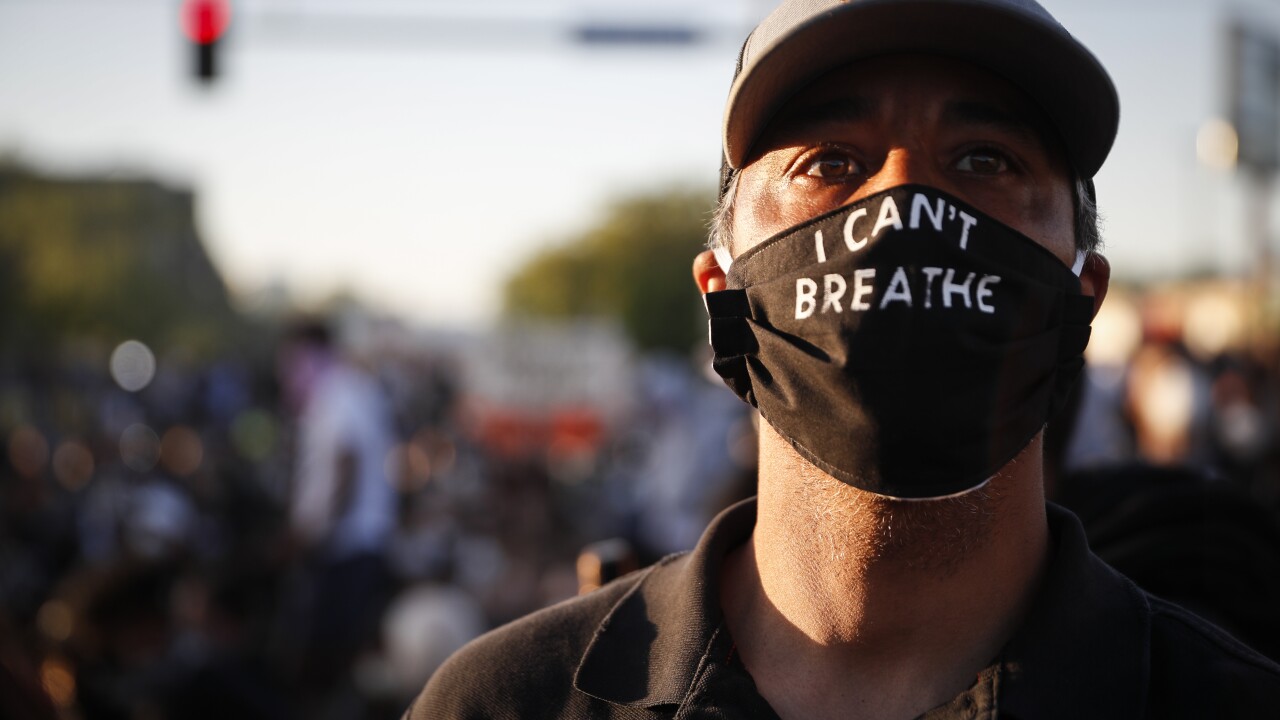 Copyright 2020 The Associated Press. All rights reserved.
John Minchillo/AP
Raymond Curry attends a protest outside the Minneapolis 5th Police Precinct while wearing a protective mask that reads "I CAN'T BREATHE", Saturday, May 30, 2020, in Minneapolis. Protests continued following the death of George Floyd, who died after being restrained by Minneapolis police officers on Memorial Day. (AP Photo/John Minchillo)

MINNEAPOLIS — Negotiators for the city of Minneapolis have agreed with the state to ban the use of chokeholds by police, and to require police to report and intervene any time they see an unauthorized use of force by another officer.

The moves are part of a stipulation between the city and the Minnesota Department of Human Rights, which launched a civil rights investigation this week in response to the death of George Floyd in police custody.

Floyd, who was handcuffed and black, died May 25 after a white Minneapolis police officer used his knee to pin down Floyd's neck for several minutes as Floyd begged for air.

The City Council is expected to approve the agreement Friday.

The agreement, which will be enforceable in court, would require any officer, regardless of tenure or rank, to immediately report the use of any neck restraint or chokehold from the scene to their commander or their commander’s superiors.

Similarly, any officer who sees another officer commit any unauthorized use of force, including any chokehold or neck restraint, must try to intervene verbally and even physically. If they don’t, they’d be subject to discipline as severe as if they themselves had used the prohibited force.

The agreement also requires authorization from the police chief or a designated deputy chief to use crowd control weapons, including chemical agents, rubber bullets, flash-bangs, batons, and marking rounds. And it requires more timely decisions on disciplining officers.