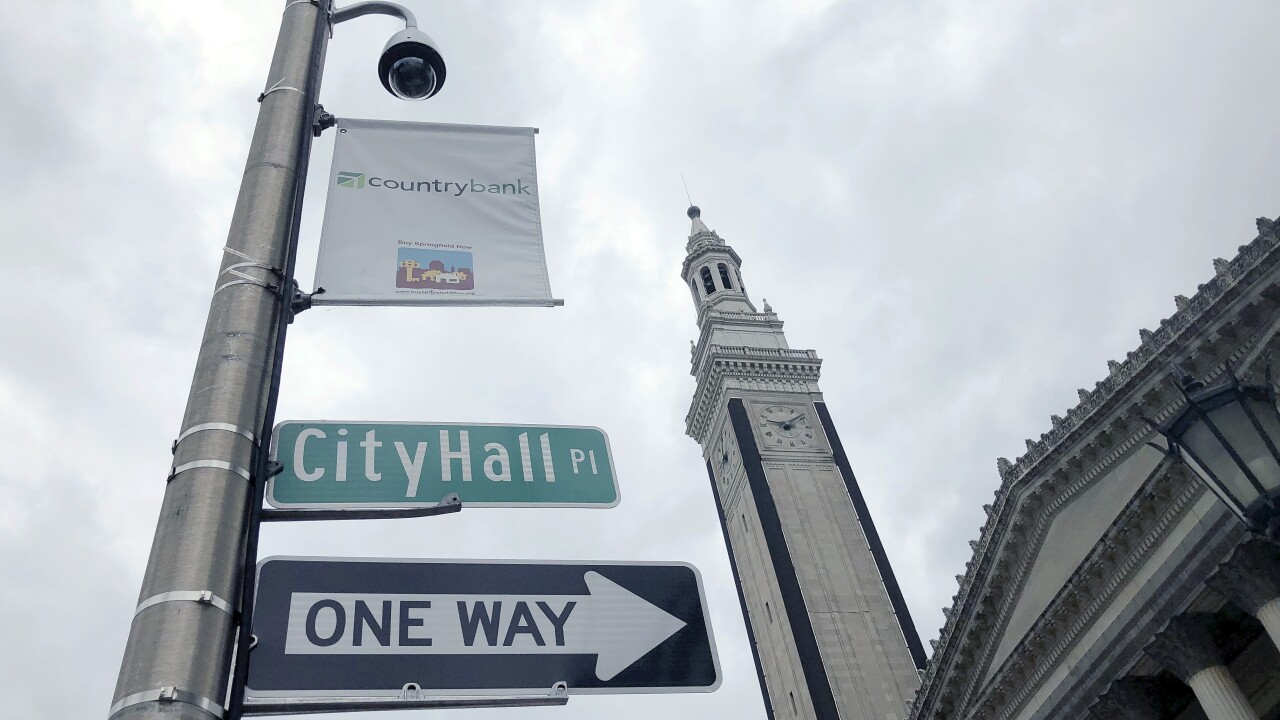 Copyright 2019 The Associated Press. All rights reserved
Matt O'Brien/AP
In this Thursday, Oct. 17, 2019 photo, a video surveillance camera hangs on a pole outside City Hall in Springfield, Mass. Some city councilors are pursuing a ban against government use of facial recognition technology in surveillance cameras in the city. (AP Photo/Matt O'Brien)

WASHINGTON, D.C. – Democratic lawmakers in both chambers of Congress are introducing a bill that would ban the federal government from using biometric technology, including facial recognition technology.

The bill would also effectively strip federal support for state and local law enforcement entities that use biometric technology.

This measure comes amid growing calls from civil rights advocates who say facial recognition technology disproportionately misidentifies non-white individuals. It’s the first bicameral piece of legislation introduced that focuses on the tech since police brutality protests began about a month ago.

In a press release, Markey cited a growing body a research that points to inaccuracy and bias issues with these technologies, which pose disproportionate risks to people of color.

Markey points to a National Institute of Standards and Technology report on facial recognition tools that found Black, Brown and Asian people were up to 100 times more likely to be misidentified than white male faces.

The bill’s introduction comes just one day after the ACLU amplified the story of a Black man in the Detroit area who says he was wrongfully arrested after this kind of technology misidentified him as a man seen stealing $3,800 worth of watches.

Specifically, the proposed legislation would do the following:

“Facial recognition technology doesn’t just pose a grave threat to our privacy, it physically endangers Black Americans and other minority populations in our country,” said Markey. “As we work to dismantle the systematic racism that permeates every part of our society, we can’t ignore the harms that these technologies present. I’ve spent years pushing back against the proliferation of facial recognition surveillance systems because the implications for our civil liberties are chilling and the disproportionate burden on communities of color is unacceptable. In this moment, the only responsible thing to do is to prohibit government and law enforcement from using these surveillance mechanisms. I thank Representatives Jayapal and Pressley and Senator Merkley for working with me on this critical legislation.”