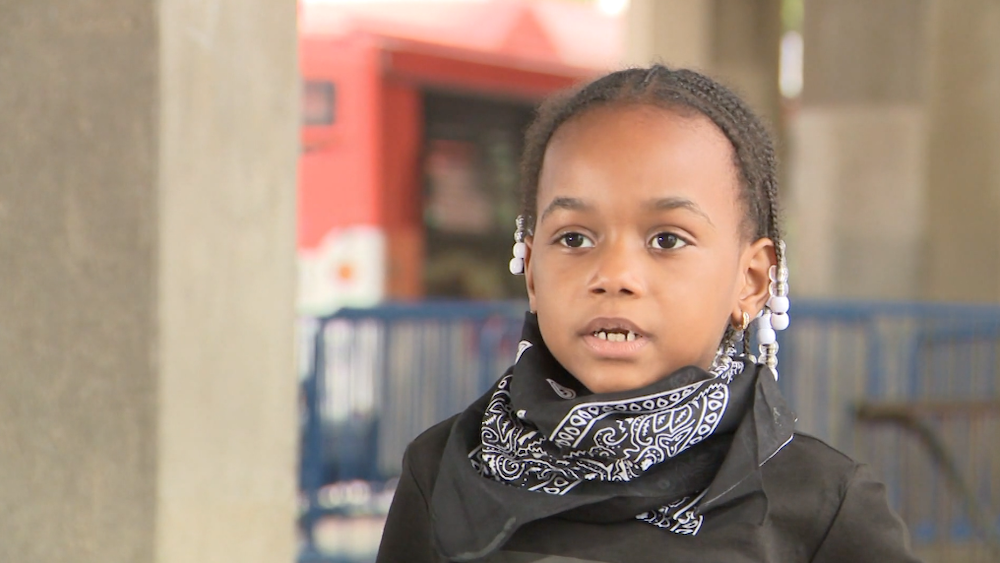 7-year-old Wynta-Amor Rogers marched with her mother on Long Island earlier this week. She hopes her voice can help "bring the community together" and inspire change like her hero, Dr. Martin Luther King Jr. 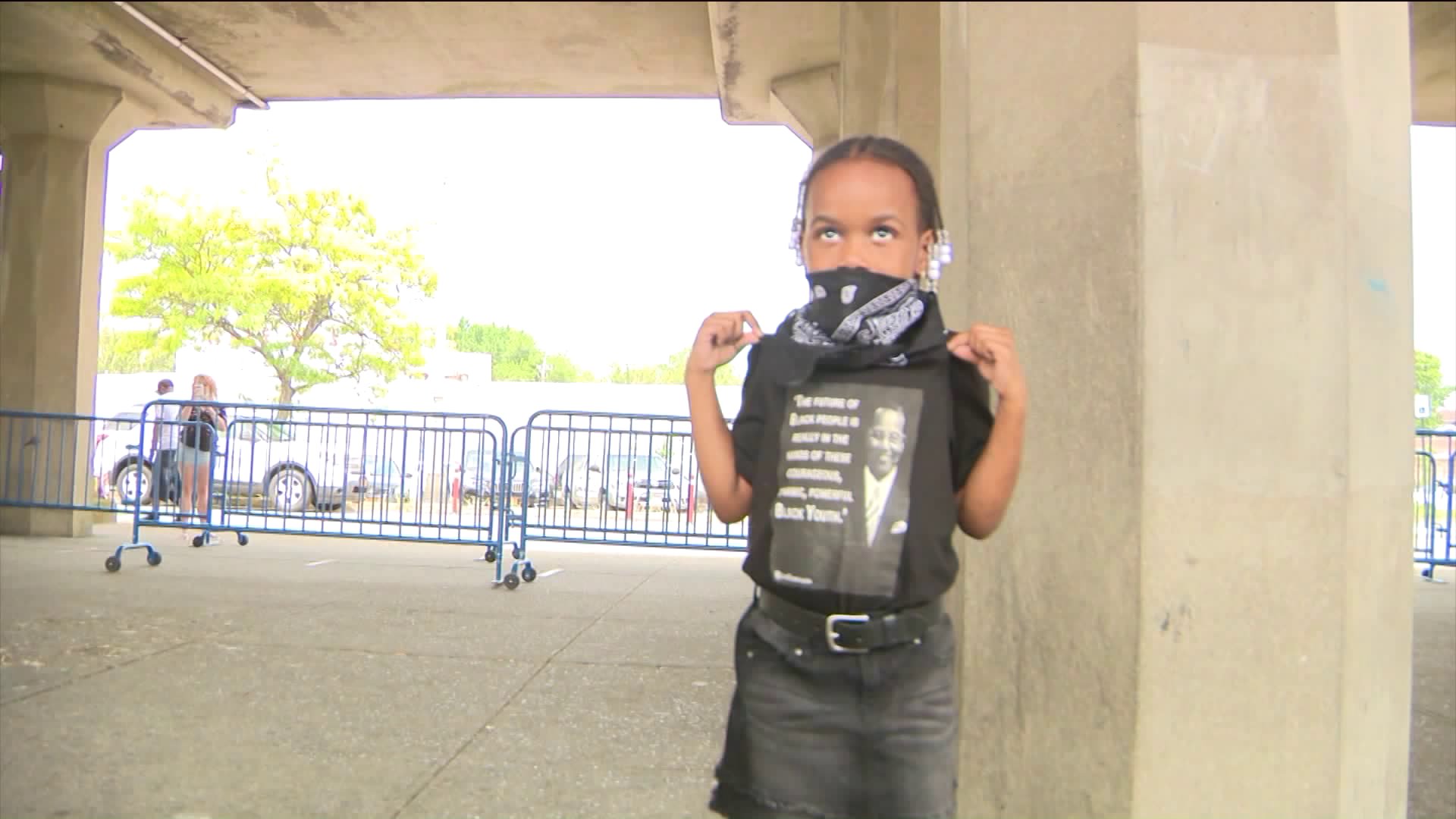 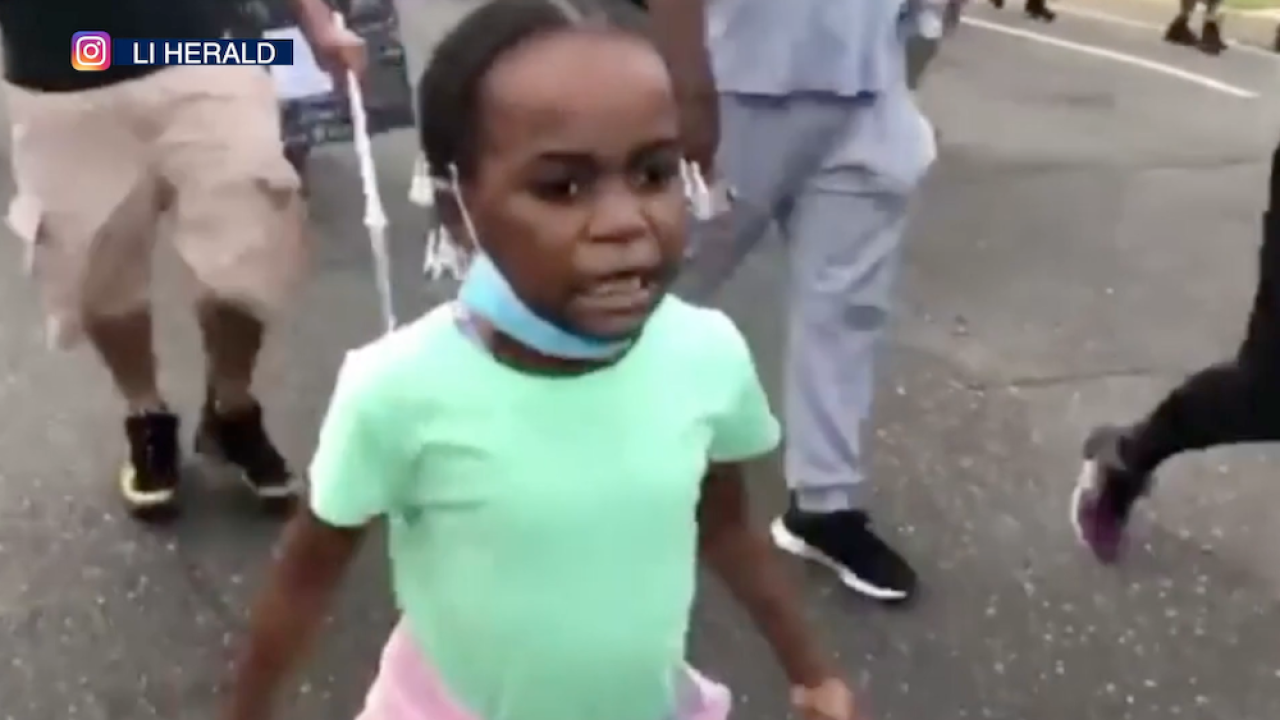 FREEPORT, New York — There's no doubt that the death of George Floyd in the hands of Minneapolis police has sparked outrage across the nation.

The protests sparked by his death have people of all ages standing up against injustice, including 7-year-old Wynta-Amor Rogers from Freeport, Long Island.

The power and strength of her voice as she chants "no justice, no peace" is undeniable.

"I want everybody to get together to make sure the community comes in. I just want to make sure it's not like back in the old days," she said.

Wynta-Amor walked alongside her mother, Lakyia Jackson, and other protesters during about a 2-mile walk from Freeport to the nearby town of Merrick to stand up against police brutality and the death of George Floyd.

Jackson's video of Wynta-Amor garnered attention from across the country on Instagram. Some of the reaction was positive; some was not. Despite the backlash, Jackson says she has no regrets.

The anger and frustration from years of oppression can be felt across the country and on Long Island, where people from all walks of life are taking part in the mission to end discrimination. But it's also sparked an interest for parents, like Jackson, to have conversations with their children about racism.

Psychiatrist Dr. Judith Joseph recommends having age-appropriate conversations when it comes to having a discussion about racism with children. For infants and toddlers, it begins with a simple hug, which says, "you are safe." When it comes to kids ages four through six, she says to "explain to them the idea of fairness."

"The images of racial hate may be scary for some children," Joseph said. "So, it's important to explain racism and protest in a way that's not terrifying."

As for Wynta-Amor, she plans to continue to stand up for equality and bridge the gap between black and white to make a difference, like Dr. Martin Luther King Jr.

This story was originally published by Stacy-Ann Gooden on WPIX in New York.