New attractions will dazzle at 2019 PNC Festival of Lights 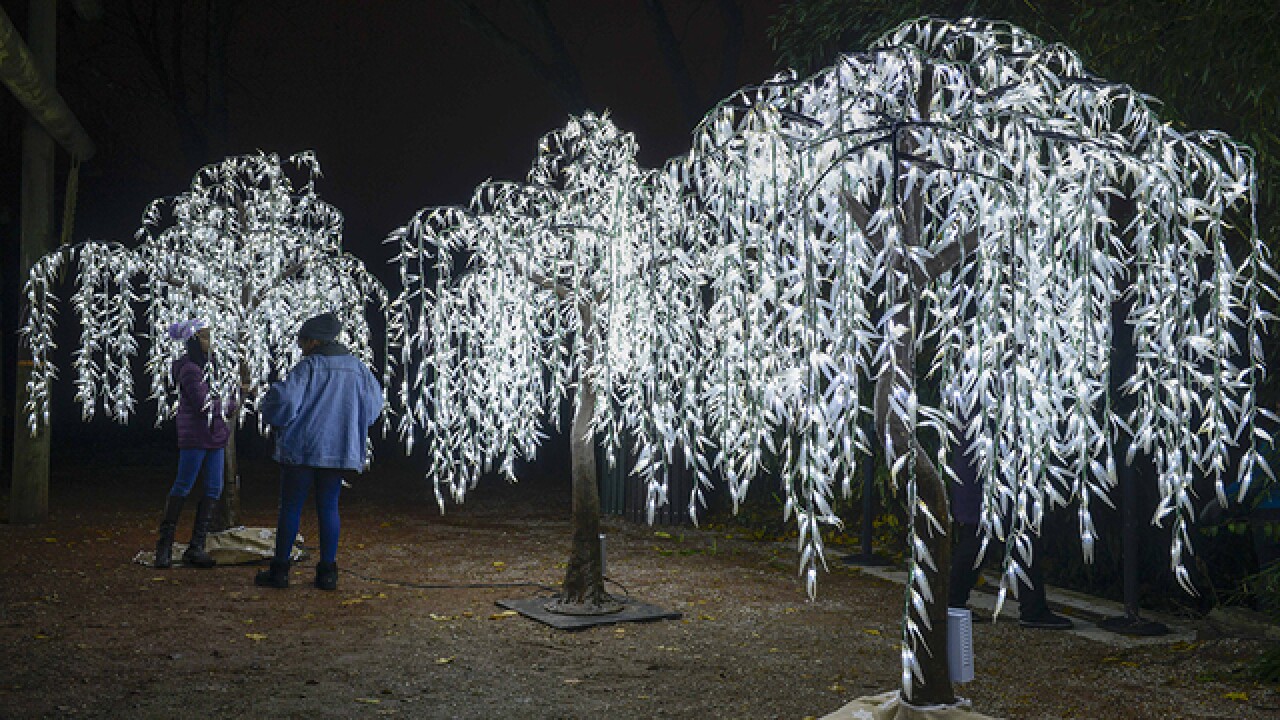 Copyright 2018 Scripps Media, Inc. All rights reserved. This material may not be published, broadcast, rewritten, or redistributed.
Joe Simon
The Cincinnati Zoo & Botanical Garden offered members an early look at the 2018 PNC Festival of Lights on Nov. 16, 2018. The group of weeping cherry trees in The Frozen area.

CINCINNATI — The Cincinnati Zoo announced Tuesday that visitors to the annual PNC Festival of Lights will be able to experience a few new, dazzling light displays throughout the grounds.

New this year, families can search for Fiona fairy statues throughout Fiona's Fairyland, and pose for festive photos in the Hippo Hut, which will be decorated with a holiday backdrop.

In addition, the zoo plans to add several new giant lanterns, including some themed for the coming Roo Valley exhibit.

In an immersive Northern Lights experience, "guests will feel like they're blanketed by stars," the zoo's announcement reads.

Perhaps one of the most exciting new features for this year's light show will have parents sighing with relief: traffic woes should be a bit more alleviated by an additional entrance opened on Erkenbrecher Avenue.

Alongside the new features, the light show will feature the usual three million LED light-displays, a Madcap black-light puppet show, the Toyland Express train ride, and visits with Santa starting at 4:00 p.m. each night.

The zoo hasn't yet announced the daily animal encounters or schedule of activities.