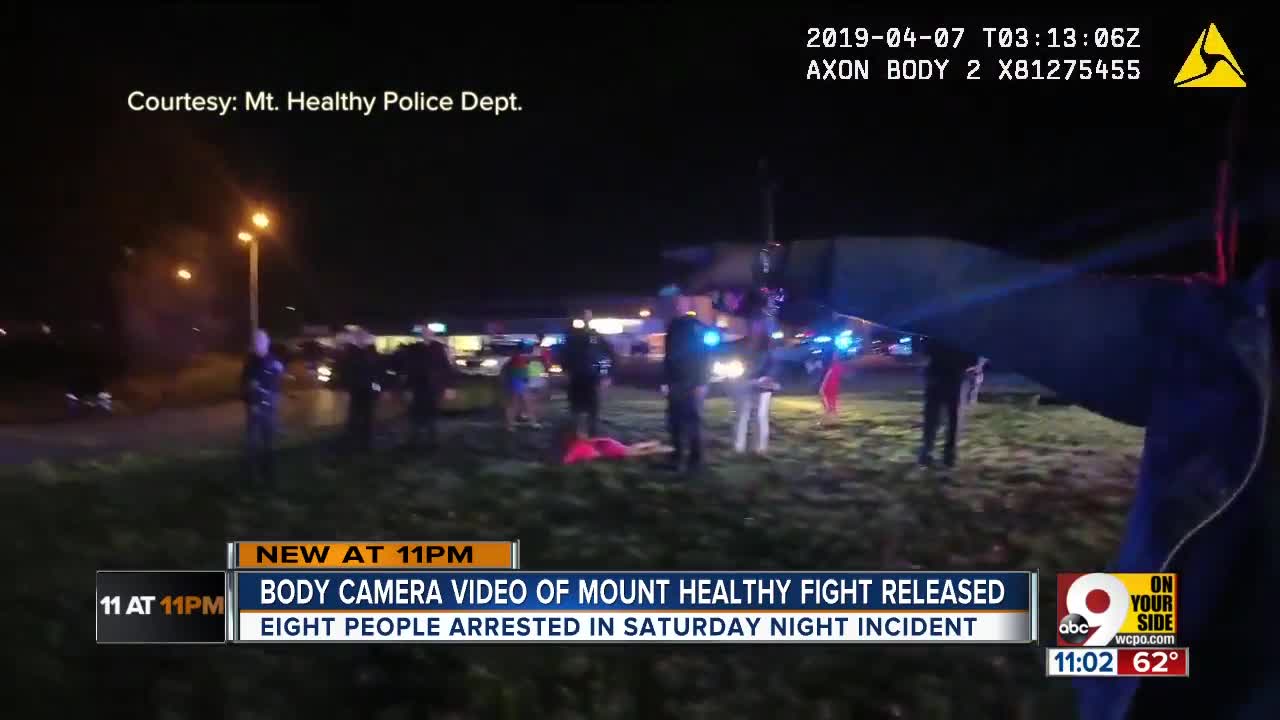 A Saturday night Sweet 16 party on Hilltop Plaza escalated into a public battle royale that led to officer injuries and eight arrests for aggravated rioting. 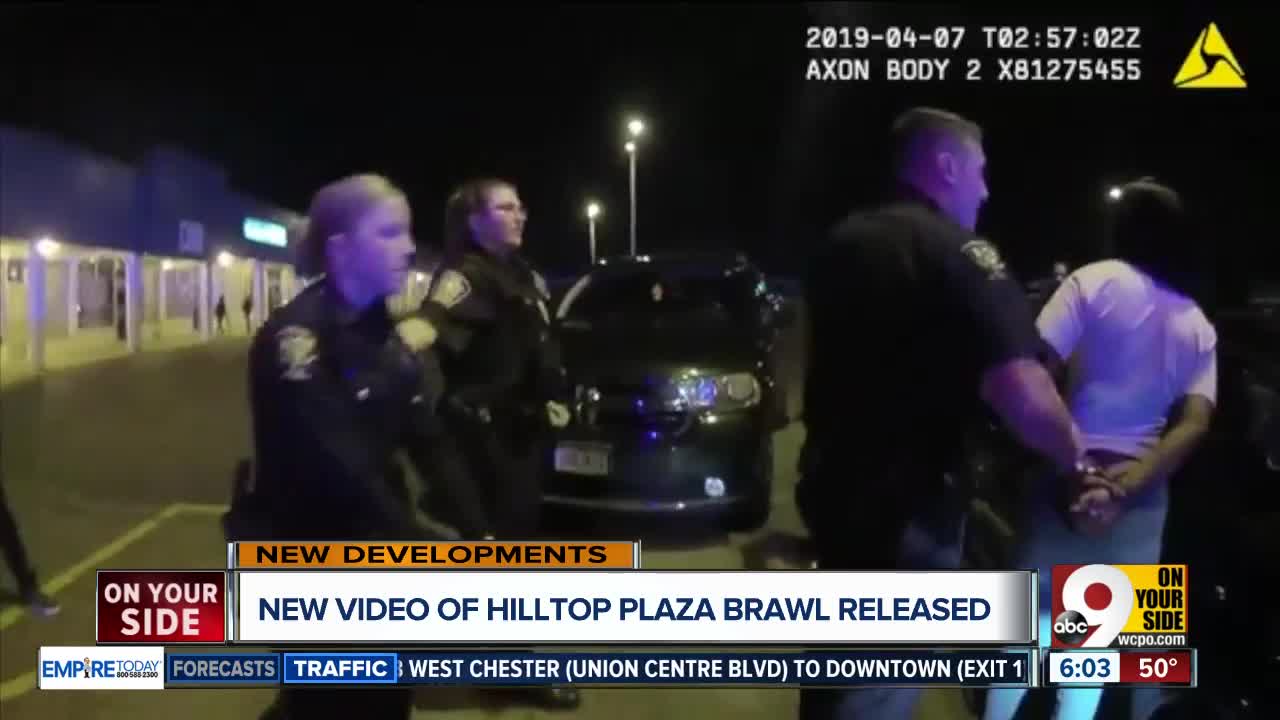 "Every time one fight was broke up, another would start," one police report said.

The incident began at Playtime USA on Hamilton Avenue and moved into nearby parking lots throughout the strip mall, where multiple fights broke out.

Body camera recordings show teens slammed to the ground, combatants shouting epithets at one another and parents attempting to pull their children out of the melee.

"Everybody back off," one officer shouts as another arrests Watkins. "I will tase all of you."

An incident report obtained from Springfield Township states that when officers arrived on scene, they observed "a couple hundred people in the parking lot" with "fights breaking out everywhere." The report also describes "several subjects lying on the ground while others repeatedly kicked them" and "shots fired nearby."

"My daughter just called me crying and screaming saying there is a real big fight in there, everyone is crying and fighting," said the primary 911 call into dispatch.

Mount Healthy police also said a co-owner of Playtime USA, Daniel Oliver, is being charged with operating a teen club without a permit.