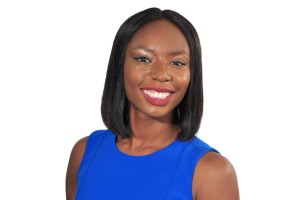 Monique John is a news reporter with a background in covering a range of issues in the U.S. and Liberia, West Africa.
Before joining WCPO 9 as a reporter covering gentrification with the Report for America program, John freelanced for News 12 in New York. She covered topics from business development to breaking news.

John started reporting in Liberia 2017 to cover the country’s presidential election for the Voice of America. She also worked as a stringer for the BBC and has written for various outlets including OkayAfrica, NY1, The Root and Women’s eNews.

In 2019, John received a grant from the Pulitzer Center on Crisis Reporting to examine the aftermath of a sexual abuse scandal in Liberia and the African country’s laws on violence against women.