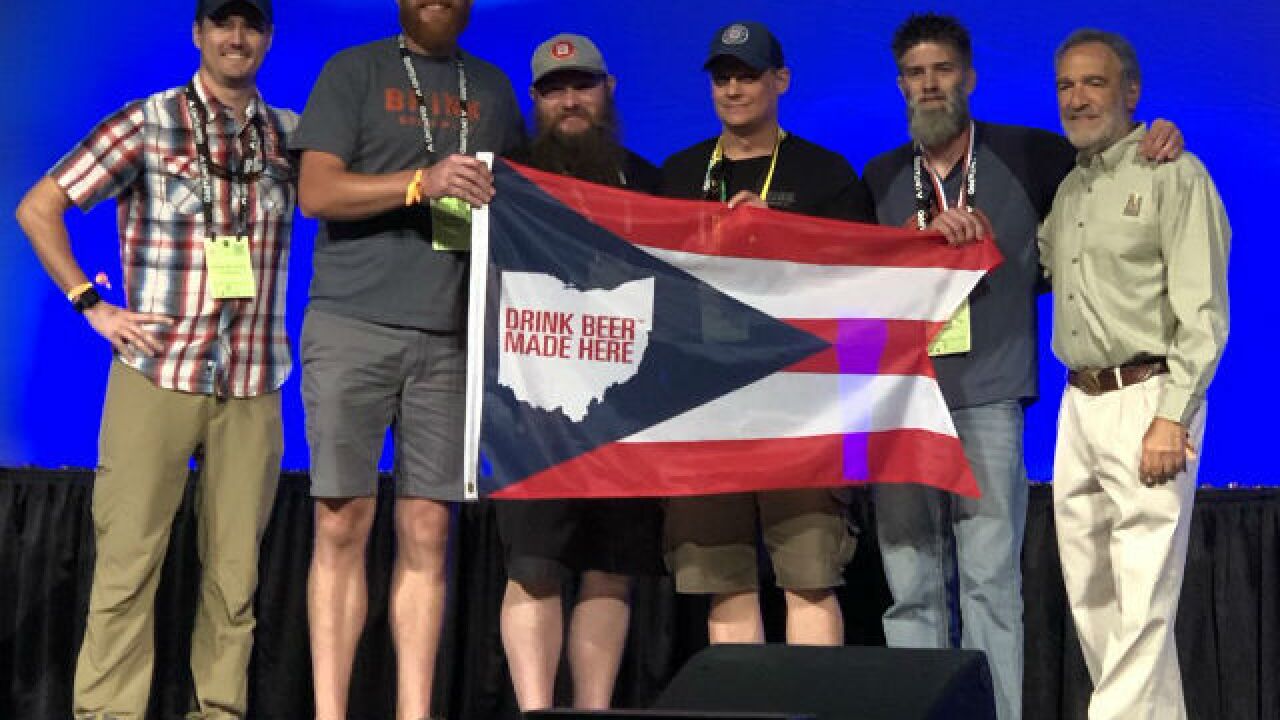 Copyright 2018 Scripps Media, Inc. All rights reserved. This material may not be published, broadcast, rewritten, or redistributed.
<p>Brink Brewing displays the Ohio banner at the Great American Beer Festival.</p>

Brink Brewing Company won its second straight gold for Moozie in the Sweet Stout or Cream Stout category as well as a silver for Hold The Reins in the English-Style Mild Ale category.

The two medals earned Brink the award for Very Small Brewing Company of the Year, the top honor given to a brewery producing under 1,000 barrels of beer in the previous calendar year.

Ohio craft brewers won a total of 14 awards at the nation’s most prestigious brewing competition.