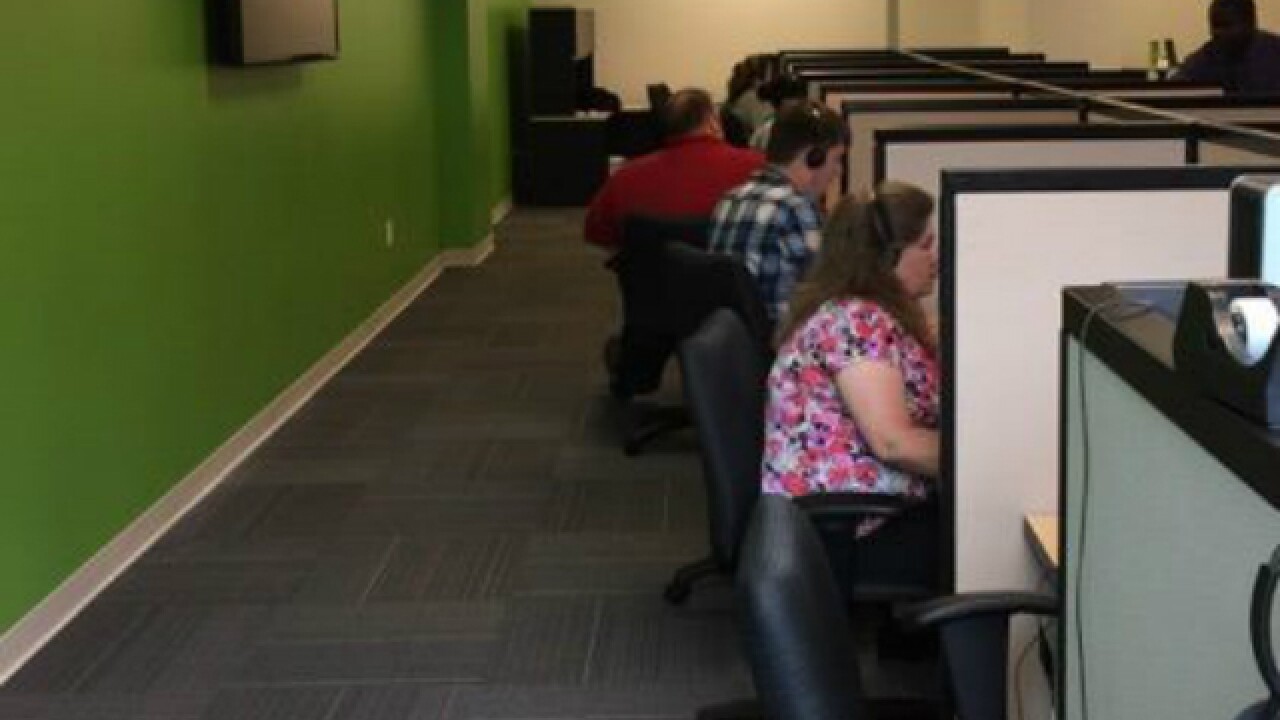 “I’ve got about 225,” said Pete Martino, general manager and senior vice president of customer support services for StarTek. The Colorado-based company will host an open house at its Hamilton facility Wednesday afternoon. The company expects to reach 300 jobs by the year's end.

“We’re a little ahead of plan right now,” Martino said. “I fully intend on hitting that three-year target.”

Martino said the center currently has two telecom-industry customers and enough work to justify the hiring of another 75 full-time employees by year end. It has received about 900 applications for the 225 hired so far.

“We’ve had a good show of people who want to come work for us,” he said. “It’s one of the reasons we chose the Hamilton market.”

StarTek offers a starting salary of $10.25 per hour, with benefits worth about $400 a month after 90 days. It also has an incentive system that boosts pay for top performers. In monthly awards ceremonies, StarTek’s best employees are honored by the directors of 21 locations in the U.S., Canada, Central America and the Philippines.

“That’s one thing we focus on is employees and their successes,” Martino said. “We expect employees to kind of bring it every day.”

StarTek’s performance has earned the respect of Hamilton’s economic development leaders like Michael Dingeldein, executive director of the CORE fund, or the Consortium for Ongoing Reinvestment Efforts.

“They haven’t missed any milestones,” he said.

The nonprofit agency acquired the Elder Beerman store in 2013. Dingeldein said StarTek employees improved the retail climate in downtown Hamilton and increased the interest of education, office and retail tenants who could fill the remaining 40 percent of the building that StarTek doesn’t occupy.

“What they’re creating downtown is the kind of private sector jobs that Hamilton hasn’t seen in a long time,” said Kenny Craig, president of the Greater Hamilton Chamber of Commerce. “It certainly is bringing more energy and our hope is that it will bring more investments downtown.”