Now it's preparing to make a Big Pitch in October 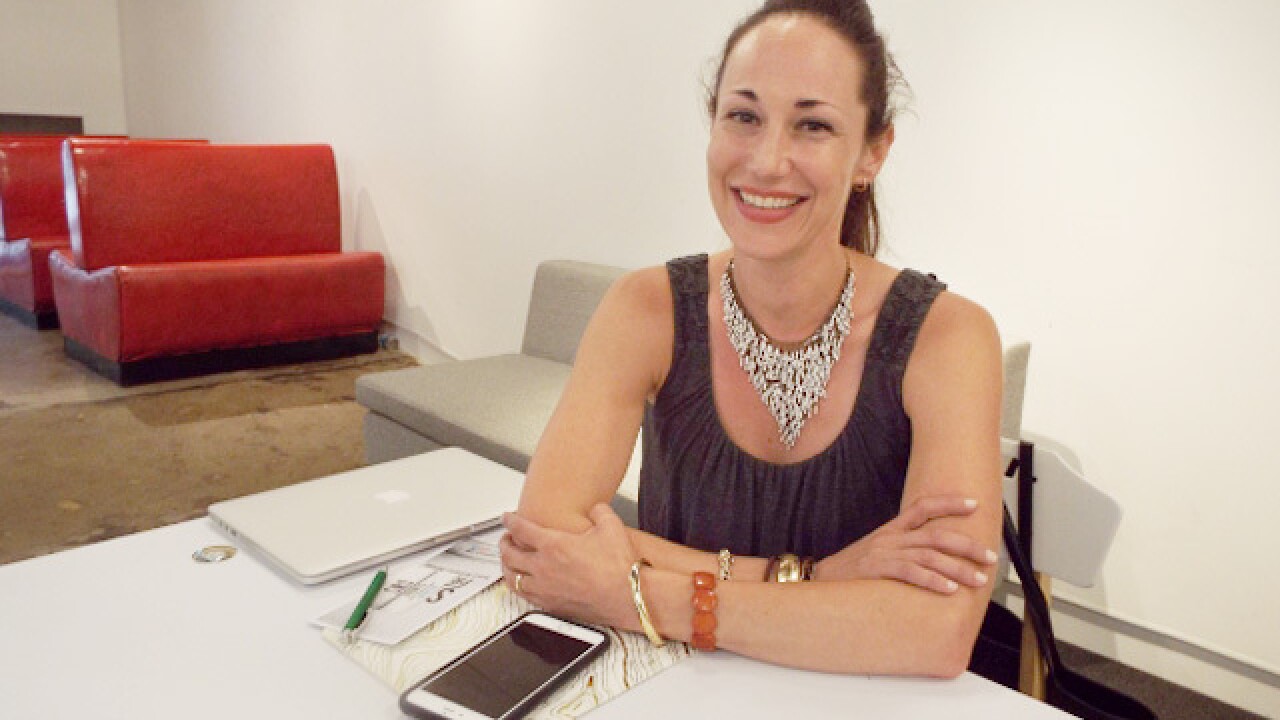 <p>Sara Swinehart, co-owner of SRO Prints, sits at ArtWorks in Over-the-Rhine, where she was preparing for the nonprofit’s Big Pitch contest in October. (Kevin Eigelbach | WCPO contributor)</p>

SYCAMORE TOWNSHIP, Ohio -- With heroin addiction being such a problem in the Tri-State, the time seems right for businesses like Sycamore Township-based SRO Prints.

The full-service branding company is committed to hiring recovering addicts and training them for good jobs. That’s important, co-founder Sara Swinehart said, because many addicts commit crimes to support their addiction, and it’s very difficult for convicted felons to get jobs.

“This epidemic with users and addicts is only going to get worse,” she said. “The numbers are skyrocketing.”

What does the business do?

“We are the only woman-owned, socially responsible branding company we know of in the United States,” Swinehart said. It’s a full-service branding company in the purest sense, creating custom apparel, graphic designs and website development, she said.

How did it start?

Sara’s husband of five years, Brandon Swinehart, has been clean and sober for 11 years. Before that, as an addict in San Francisco, he overdosed and was revived 20 times, she said.

After quitting drugs, Brandon Swinehart said, he went to work for a nonprofit screen printer that employed recovering addicts. He learned the business, eventually returned to his native Cincinnati and became national sales manager for Frame USA, where he still works.

Through the community of recovering addicts in Cincinnati, Swinehart met Chase Stein, 29, a Fort Mitchell native with a passion for art and for helping addicts. Swinehart pitched him his idea for SRO Prints, Stein said, and his mind was blown.

“In the beginning of my recovery, it was all about me – how can I learn to live again,” Stein said. “As I started getting more clean time, it became more about the people (still) struggling. I wanted to start giving back, and (SRO) is a perfect outlet for me to give back and save lives.”

Stein serves as the lead graphic designer, Brandon provides the contacts in the market and Sara helps keep things organized. “When I get too much going on, she’s able to get things focused,” Brandon said.

She didn’t want to own her own business as much as she wanted to help addicts, Sara Swinehart said. She’s hopeful that addiction is becoming less of a stigma for employment, she said, and she’s encouraged by the “It’s chemistry, not your character” banners she sees in Northern Kentucky.

Do they have customers?

Any money made goes back into the business. No one takes a salary. Each of the principals has another job: Sara Swinehart teaches dance at the School for Creative and Performing Arts, and Stein is a server at Moerlein Lager House downtown.

Swinehart is completing ArtsWorks’ 2016 Big Pitch program. The 10-week mentorship culminates Oct. 6 in a business plan and investor pitch competition worth up to $20,000.

The money would enable SRO to buy more equipment, which would reduce costs by enabling the company to print work in-house, Sara said, but also to hire more recovering addicts.

What the company really needs, she said, is exposure and some big clients. “We’re getting so busy, it’s to the point where we need to hire people, but we have no money (to do so).”

Juggling the demands of two small children, a full-time job and a growing business. Swinehart, who had never owned a business before, said she thought it would be “an unbelievably empowering thing,” but she found that it’s a lot of work.

“We put the kids to bed and work until 1 or 2 o’clock on the business,” Sara said. “It’s like having a third child. It would feel laborious if we weren’t passionate about what we were doing.”