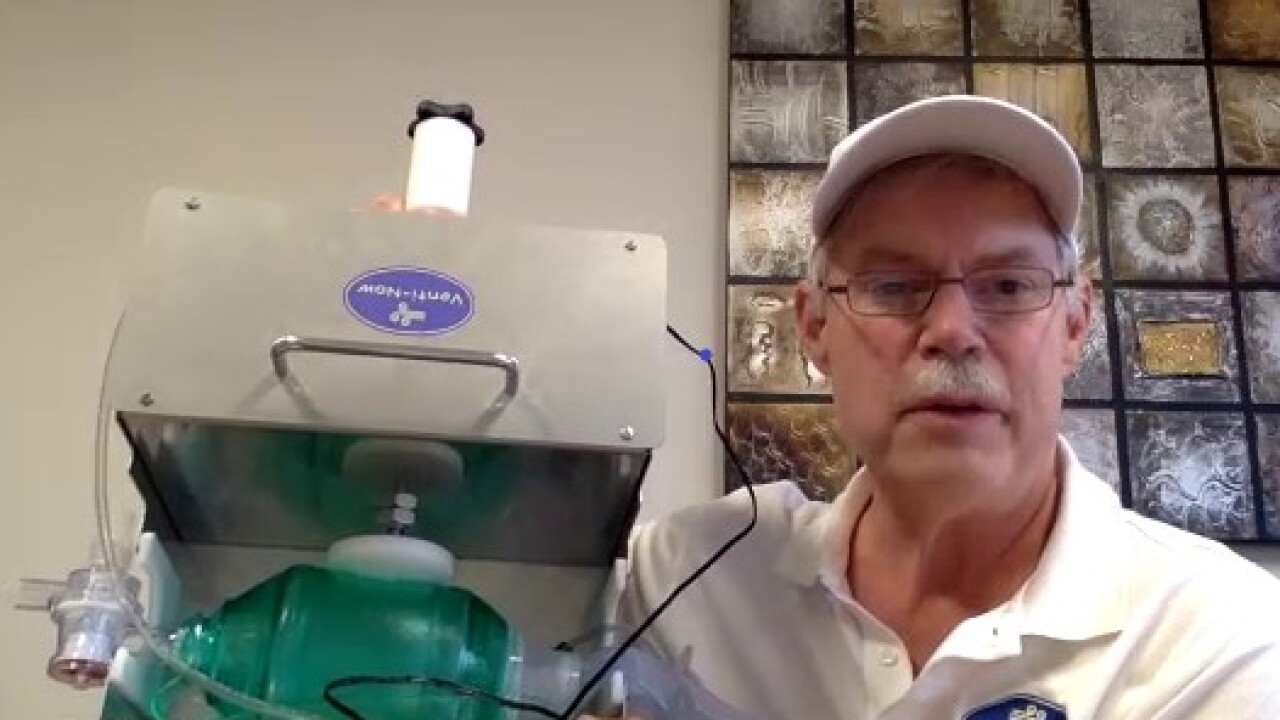 CINCINNATI — A group of current and former Procter & Gamble Co. employees have invented a portable, low-cost ventilator that they hope to produce by the thousands and distribute globally through a new nonprofit called Venti-Now.

“My aspirational goal is that a year from now we’ll have over 10,000 of these units out and around the globe,” said John Molander, founder and president of Venti-Now. “We’ll have some portion of them here in the U.S., particularly in rural hospitals where it’ll become the emergency ventilator that’ll back up any of their high-end ventilators.”

Venti-Now said it received an Emergency Use Authorization from the U.S. Food and Drug Administration late Thursday. The invention is expected to be featured in Ohio Gov. Mike DeWine’s daily briefing on COVID-19 in the next few days, although Ohio is not expected to be among the first buyers of the new device.

“New York City still has a demand out for them now that we have our FDA authorization,” Molander said. “Not only for the first wave of this virus [but] they want to make sure they have the right things in place for wave two and potentially wave three. Detroit is another hot spot area for it. And there are even some hot spot areas close by in Georgia.”

The Society for Critical Care Medicine predicted a shortage of ventilators in the U.S. of up to 800,000 units in a March 19 report on the impact of the coronavirus pandemic.

That’s about the same time Molander started his venture with seed funding from P&G. Molander said an "all-star team" of more than 25 current and former P&G employees have worked on various elements of the project in the last five weeks, including designers, engineers and supply chain experts.

“John and I worked together at P&G before he retired, so I had experienced firsthand his ingenuity and passion for excellence. It was clear that extended across John’s team, the design and in the tremendous opportunity for Venti-Now to meet a critical need,” said Kathy Fish, P&G’s chief research, development and innovation officer, in a press release. “It’s been incredibly inspiring to see the best of P&G past and present come together for one common mission – to save lives.”

Molander said the company also facilitated conversations with global philanthropies about how to build and distribute the ventilators in Africa, South America and elsewhere.

“In the entire continent of Africa there’s only 2,000 ventilators,” Molander said. “The fact that this is a small, lightweight, portable unit that can quickly get to the location if you need it gives it an advantage.”

Molander retired from P&G in 2013 as a “technology entrepreneur” who searched the globe for innovations that could be adapted for P&G products. And that’s the approach he used to develop the new ventilator, which uses disposable Ambu bags to pump air into the lungs of COVID-19 patients.

The Venti-Now Class II medical device connects to hospital compressed air and has pressure monitors to make sure air is flowing at a rate that doesn’t harm the patient. But it’s a simpler unit than high-tech ventilators most hospitals now use. And it’s a lot less expensive. Venti-Now’s likely price is below $4,000, Molander said, while high-end units can sell for $55,000.

In addition to P&G’s help, Venti-Now received help in the form of medical testing and consultation from the University of Cincinnati Medical Center and Cincinnati Children’s Hospital. The UC Biomedical Engineering department helped with FDA compliance and advice on medical device manufacturing.

The devices will be manufactured at PMC Smart Solutions in Shelbyville, Indiana. Molander said Venti-Now will have production capacity of 1,000 units per week in the next several weeks.