P&G: Results are preliminary, could be challenged 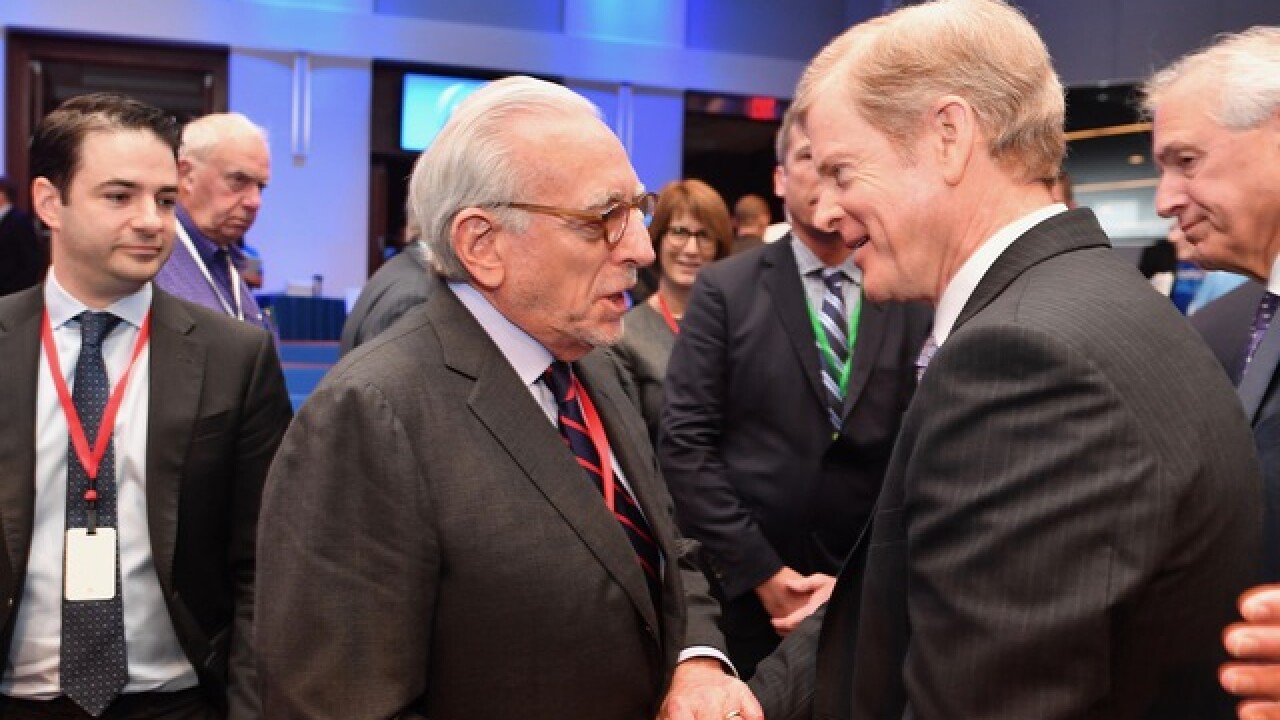 CINCINNATI -- Nelson Peltz, the New York hedge fund manager, has claimed victory in his proxy fight with the Procter & Gamble Co. after a recount.

P&G is one of Cincinnati’s most important companies, with about 10,000 local employees, thousands of local shareholders and a history of civic contributions that have shaped the region.

Peltz and Trian control about $3.5 billion in P&G stock.

It's rare for a recount to change the outcome of a proxy fight. In this case, Peltz won a seat on P&G's board by 43,000 votes once the votes were recounted -- a margin of 0.0016 percent, P&G said. That's a far cry from a 6 million-vote difference the company reported last month in a filing to the U.S. Securities and Exchange Commission.

"Nelson Peltz looks forward to working collaboratively in the boardroom with the other members of the Board and management team to revitalize P&G," Trian said in its statement Wednesday.

Peltz and Trian claimed an "overly complex organizational structure" stymied growth and discouraged innovation at the Cincinnati-based maker of Tide detergent, Pampers diapers, Gillette razors and Crest toothpaste. Their battle to get a seat on P&G's board was the most expensive in U.S. history, costing at least $65 million.

P&G claimed Peltz had a "fundamental misunderstanding" about how the company has changed in the last five years, during which a massive restructuring prepared the company for a new wave of sustainable growth.

"Trian greatly appreciates the support we have received, and we are gratified that the Independent Inspector's tabulation shows that shareholders have elected Nelson Peltz to the P&G Board of Directors. The Inspector’s report represents an independent, careful tabulation of all proxies and ballots submitted to the Inspector by both P&G and Trian. Trian strongly urges P&G to accept the Inspector's tabulation and not waste further time and shareholder money contesting the outcome of the Annual Meeting. Shareholders have voted, and they have indicated that they want Nelson Peltz to join the Board.

"Nelson Peltz looks forward to working collaboratively in the boardroom with the other members of the Board and management team to revitalize P&G. Trian believes Nelson Peltz's extensive experience and track record of improving performance at consumer companies will bring significant value to the P&G Board and help create the right environment for generating breakthrough ideas. Working together with management and the Board, he will help address the challenges P&G is facing. Trian believes strongly in P&G's potential and our goal is to see it once again grow market share and deliver sustainable long-term value for the benefit of all stakeholders. Nelson Peltz will be a strong voice for shareholders in the boardroom, and we are confident it will lead to a brighter future for P&G."

"The Procter & Gamble Company (NYSE: PG) today shared that the proxy voting results tabulated by IVS Associates, Inc., the Independent Inspector of Elections, indicate that Nelson Peltz is leading Ernesto Zedillo in the Director vote by a margin of approximately 0.0016% of shares outstanding or approximately 42,780 shares. The results are still preliminary and are subject to a review and challenge period during which both parties will have the opportunity to review the results for any discrepancies.

"P&G will disclose the final results after receiving the Independent Inspector of Elections' final certified report, which we expect in the weeks ahead."