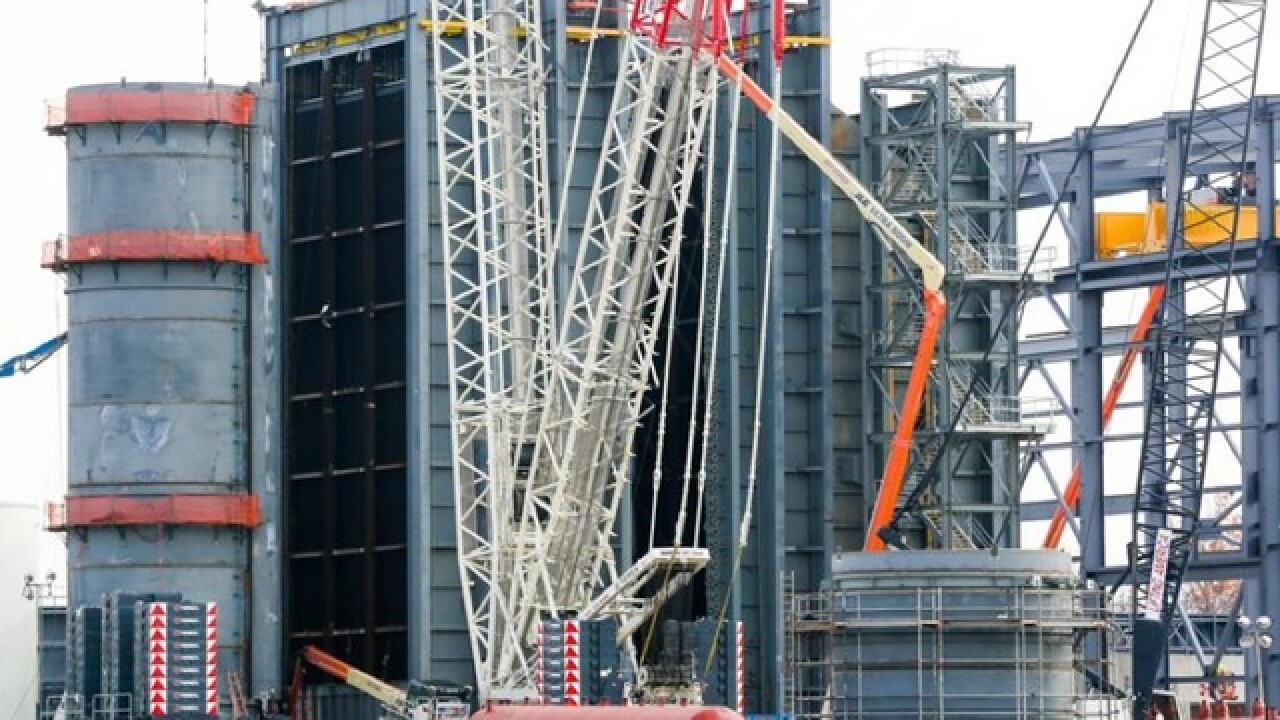 The project began construction in October 2015 at 3439 Cincinnati-Dayton Road. The facility will be able to generate 475 megawatts of electricity, enough energy for 400,000 homes, according to company officials.

NTE Energy is currently developing three other facilities in Texas, North Carolina and in South Carolina in addition to the Middletown Energy Center.

The Journal-News, WCPO's media partner, has five things to know about the new Middletown facility:

The new Middletown Energy Center will be among the cleanest and most efficient natural gas fired power plants in the nation. The plant not only uses natural gas to create energy, but also uses heat created by the power-generation process that otherwise would be wasted, officials have said. That heat will be harnessed to create steam, which drives a steam turbine, producing additional energy.

City officials have said the new power plant would be the city’s largest water user, consuming about 2.1 million gallons per day. In addition, it will also become a large user of the city’s wastewater treatment system.

The Middletown Energy Center is the biggest development project in Middletown since the approximately $400 million SunCoke Energy coke plant was built on Yankee Road to supply AK Steel Holding Corp. SunCoke Energy Middletown opened at the end of 2011. It will employ 25 to 30 people.

The new Middletown Energy Center will be the sixth power generating facility that will be operating in Butler County. The new facility will operate year-round and will sell excess capacity of electricity to PJM Interconnection, the group managing the electric grid serving 13 states, including Ohio and Washington, D.C.

City officials have said that NTE’s investment in the project is almost twice the size of the approximately $350 million Liberty Center retail complex that opened October 2016 in Liberty Township.