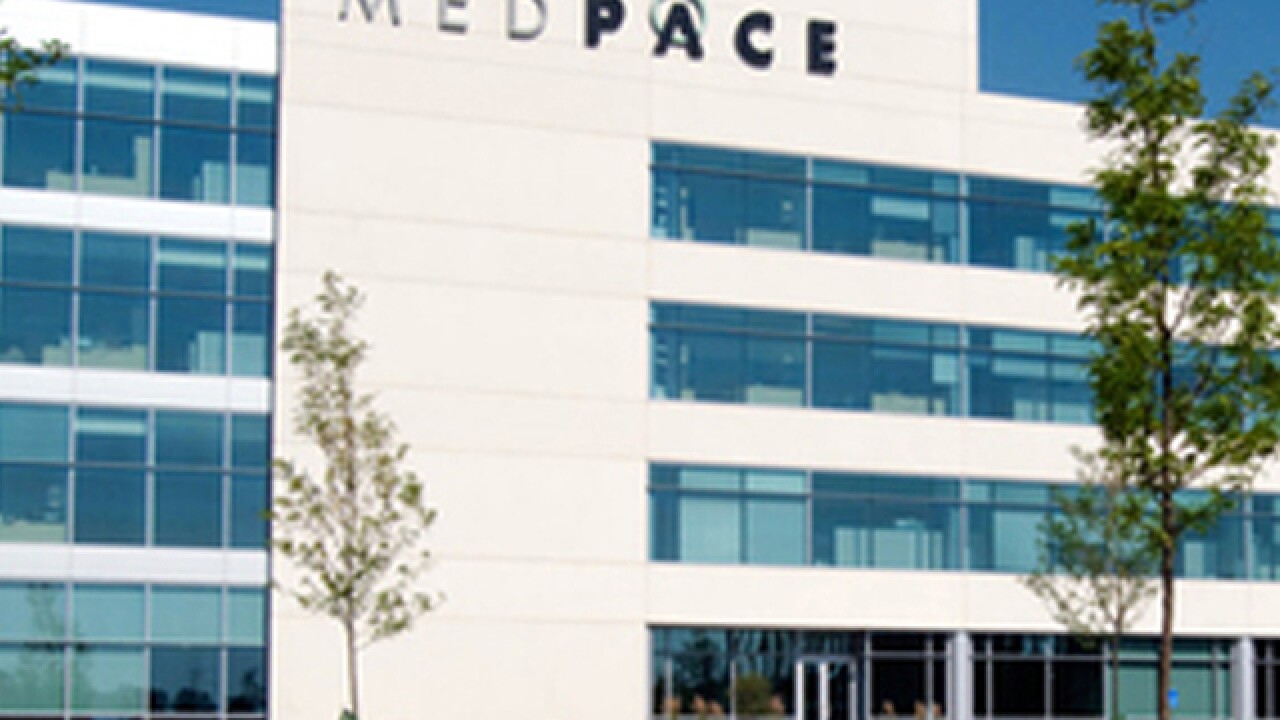 Medpace Inc. is vowing to retain 1,156 jobs in the expansion, as it copes with double-digit revenue growth and a planned expansion of its global network of testing centers. The company did not immediately return calls seeking comment.

The Ohio Tax Credit Authority approved a 2.5 percent tax credit worth an estimated $13.1 million over 15 years to encourage the expansion after learning that Ohio was competing with Texas for the project.

The region's economic development agency, REDI Cincinnati, said Medpace hasn't finalized all the details of its expansion project, but it has committed to adding the 650 jobs locally.

Medpace told state officials it plans to add $35.7 million in new payroll with the expansion project, which means the new jobs come with an average annual salary of about $55,000. The new tax credit deal would require Medpace to keep its existing work force in tact for 18 years.

Medpace is one of Cincinnati’s newest publicly traded companies, after raising about $150 million in an initial public offering in August. It’s already added more than 500 local jobs since moving into a new Madisonville headquarters in 2011.

The company has been growing its revenue more than 20 percent in the last five years and reached $320 million in 2015 revenue. It recently told Wall Street analysts that it has a $460 million backlog of orders that should ensure future growth.

Medpace is one of two local companies that received tax credit awards Monday. Custom Pro Logistics LLC was offered a 1.2 percent tax credit worth $170,000 over six years to encourage an $850,000 expansion that creates 40 new jobs and retains seven.