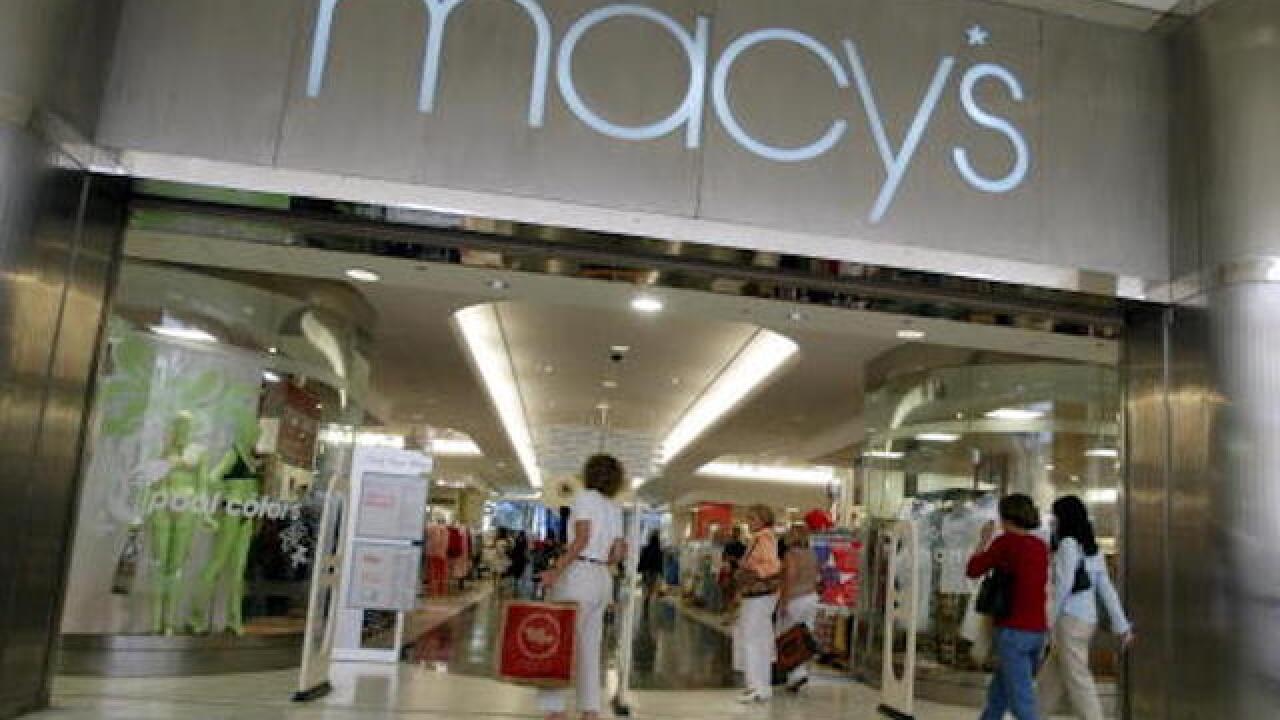 Copyright 2017 Scripps Media, Inc. All rights reserved. This material may not be published, broadcast, rewritten, or redistributed.
Joe Raedle
<p>NORTH MIAMI, FL - MAY 23: Customers walk out of Macy's the day after the company announced that the 56 Burdines stores and the seven Macy's stores in Florida all will operate under the combined name of Burdines-Macy's May 23, 2003 in North Miami, Florida. (Photo by Joe Raedle/Getty Images)</p>

NEW YORK -- Macy's broke out of its long-running sales funk, reporting a healthy sales gain at existing stores for the holiday period as it benefited from an improving economy and its own initiatives like an overhauled customer loyalty program.

The department store chain also posted sharply higher earnings for the fourth quarter, boosted by the sale of certain real estate assets. It issued an upbeat outlook, and its shares surged more than 11 percent Tuesday.

Macy's and other department stores are trying to regroup as shoppers spend more online and on items other than the clothing on which the chains are very dependent. That has forced retailers to revamp their businesses, from closing poorly performing stores to changing their product lineups to expanding their online services.

While the Macy's numbers provide some cheer, they don't suggest "a miracle on 34th Street," said Neil Saunders, managing director of GlobalData Retail. "This is not pessimism, but realism about Macy's situation and the context of the latest numbers," he said. He believes Macy's is still losing market share in key areas like clothing and home furnishings.

Macy's and several other department stores are reporting results this week for the quarter that included the holiday period. Dillard's Inc. posted earnings and revenue that beat Wall Street expectations. Kohl's and Nordstrom are scheduled to release their results on Thursday, with J.C. Penney on Friday.

Members of the Nordstrom family have been looking to take the company private, and are reportedly hoping to file a plan to buy the 70 percent of the stock they don't own. The move would allow the chain to make changes without the demands of the public markets. And Bon-Ton Stores Inc., saddled with debt and struggling with weak sales, filed for bankruptcy protection earlier this month and says it's exploring a sale of all or part of the company.

Macy's said sales at established stores rose 1.4 percent, which includes sales in licensed departments like jewelry. That was well above the 0.4 percent increase analysts expected and reversed nearly three years of quarterly declines in that measure. For the year, that figure was down 1.9 percent.

CEO Jeff Gennette, who took over nearly a year ago from longtime executive Terry Lundgren, says the company's focus has been expanding online, stabilizing its stores and laying the foundation for growth.

Macy's had said earlier in the year it will close another 11 stores, cut jobs and streamline non-store functions to save about $300 million. The chain, which has 140,000 employees, said those changes will affect 5,000 jobs.

It's also been trying to get more value out of its real estate holdings, and said asset sales in the latest fiscal year -- stores and other facilities like warehouses and parking garages -- came to $411 million.

As part of that push, Macy's said Tuesday it is selling several higher-level floors of its State Street store in Chicago for $30 million to a private real estate fund sponsored by Brookfield Asset Management. Brookfield plans to convert these largely unused floors into office space. It's also looking at options for the I. Magnim portion of the main Union Square building in San Francisco.

The Cincinnati-based company earned $1.3 billion, or $4.31 per share, in the fourth quarter. Earnings adjusted for pretax gains were $2.82 per share, easily beating Wall Street expectations of $2.69, according to Zacks Investment Research. Revenue of $8.67 billion was just short of analysts' expectations.