Is Macy's in serious trouble? 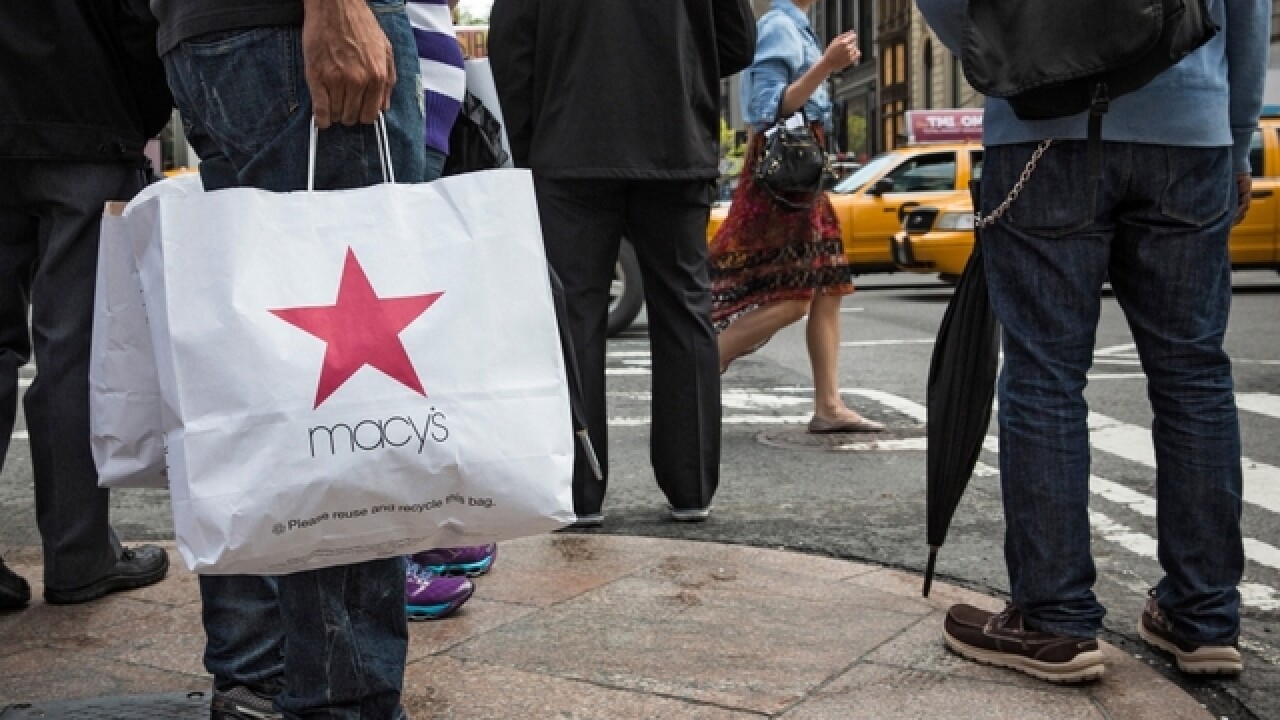 CINCINNATI - Macy’s Inc. fell short of analyst expectations Wednesday and reduced its future outlook on sales and earnings, setting up a rough day for owners of Macy’s stock.

Shares were down more than 13 percent to $32.01 in late-morning trades.

“We are seeing continued weakness in consumer spending levels for apparel and related categories,” CEO Terry Lundgren said in a press release. “Headwinds also are coming from a second consecutive year of double-digit spending reductions by international visitors in major tourist markets where Macy’s and Bloomingdale’s are key destinations.”

Macy’s booked a $115 million profit on fiscal first-quarter revenue of $5.7 billion. Its earnings per share of 37 cents was two cents lower than analysts were predicting, while its net sales total was more than $100 million less than anticipated.

Lundgren said Macy’s will expand ideas that are working, including the rollout of its Backstage discount store concept. Now at six stores, Macy’s will open nine more by year end. Bluemercury, an online cosmetics retailer, will have 22 in-store shops open by year end, up from five now. Macy’s also is rolling out its upgraded jewelry department concept to more than 350 stores by year-end 2016. That concept started with a 40-store pilot last fall.

Macy’s offered no updates on plans to monetize real estate assets by signing joint ventures with developers willing to convert store space to housing, office and other uses. It continues to evaluate such deals, but adds they are complex and must be thoroughly explored.

“As we rebuild our business for a comeback that we expect will begin later this year, we continue to focus on agility and innovation,” Lungren said, “supporting and testing new ideas and approaches so we can identify the best way to serve evolving customer needs, and moving fast to scale up the most successful pilots on a broader basis to fully capture growth opportunities.”

“We need to work hard to make the bricks and mortar experience a lot more exciting,” she said. “We’ve got a lot up our sleeves in the beauty area.”

“We have our impulse beauty installations in so many of our stores, which are combination of smaller brands and we continue to bring new brands in and add to that footprint as we go forward,” Hoguet said. “On the upper end you've got Bluemercury that also has a lot of these smaller brands.”

As it increases its focus on beauty and skin care, Macy’s is developing a “health and wellness” concept that can be deployed in its department stores. Macy’s declined to elaborate on the concept, but it appears to be in line with what Terry Lundgren told the National Retail Federation in January.

"I do think this embracing of experiences as opposed to things is real for this younger generation,” said Macy’s CEO Terry Lundgren, in a Jan. 19 appearance at the National Retail Federation 2016 Big Show in New York. “We have to learn from that and have more restaurants in our stores, more personal appearances in our stores, more cooking demonstrations, more activity, more experiences to encourage the purchasing process. That’s a trend that’s not temporary. That’s something we’re going to have to embrace."

Hoguet also said Macy’s is “testing a shoe pilot” that will employ various strategies to boost shoe sales. It’s similar to the jewelry pilot that Macy’s developed last fall and is now rolling out to 350 stores.

“If there is what we would call a normal winter, that would give us upside opportunity,” she said.

That’s because Macy’s is expecting sales of cold-weather merchandise to match last year’s total. But if the 2016 holiday season is half as cold as 2014, Macy’s stands to gain “over $100 million in additional cold weather merchandise sales.”