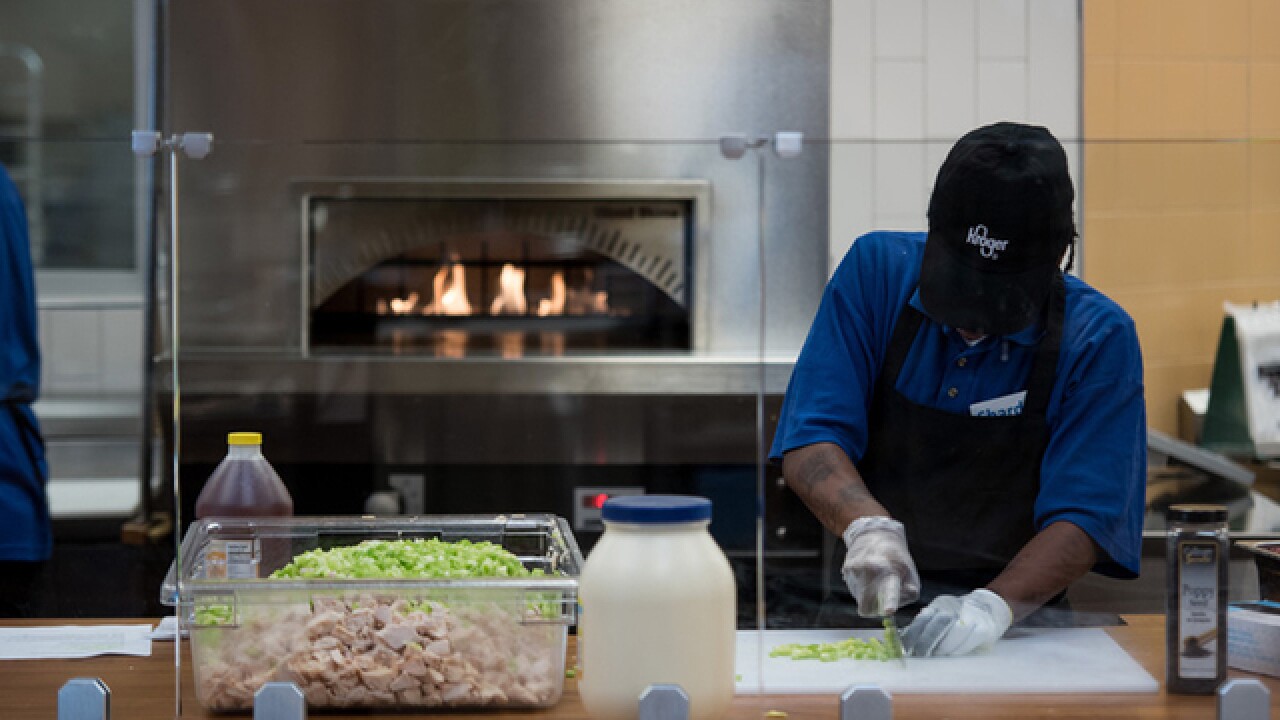 CINCINNATI - The Kroger Co. will invest $3.8 million in a new culinary training center at 901 Elm Street in downtown Cincinnati, a place where Kroger chefs from around the country will socialize, learn about food trends and – with any luck – create some tasty new products.

“We’ll have a facility that’s incredibly up to date for chefs to do what chefs do and make some great product,” said Kroger CEO Rodney McMullen. “But they’ll also be able to give us more insight on food trends, so when you think about our corporate brands, making sure we’re developing the right flavors, the right trends, the right product lines.”

McMullen told Kroger shareholders at the company’s annual meeting that the company will begin construction soon on the new culinary center. He said the project will “further establish Cincinnati as a hub for the food industry.”

A tax-incentive proposal pending before Cincinnati City Council would reduce Kroger’s property taxes by $415,000 over 12 years in exchange for making the project LEED certified for energy efficiency.

"It’s nice to be able to do it in Cincinnati," McMullen told reporters after the shareholders meeting at the School for Creative & Performing Arts in Over-the-Rhine.

“To me, it’s a trend that’s already happening in Cincinnati, when you look at all the startup restaurants,” he added. “It’s one more step in that direction because there’ll be more food scene. We’ll learn how to engage with the local restaurateurs. Also if you look at some of the venture capital money that’s available here, some of those are food and we’ll be able to partner with them in a different way.”

The company aims to bring about 20 chefs at a time to the 12,000-square-foot Elm Street facility for a day or two so they can compare notes, learn about food trends and experiment with recipes in a curriculum that will be defined by participants.

“We don’t actually have the game plan. We kind of have in our head the vision,” said Mike Donnelly, senior vice president of merchandising for Kroger. “You want to get some input from folks who are close to it. That’s actually what we want to do. ‘What do you need? What would help?’ We’ll build it from there.”

Kroger paid $400,000 in February for the former home of the Legal Aid Society of Greater Cincinnati. It was previously owned by the Cincinnati Hills Christian Academy, but hasn’t been used for more than a year. Kroger selected the site because it was an empty building a few blocks from corporate headquarters.

The center will have 12 permanent employees and generate 15 new jobs during construction, according to a city report on the project. McMullen said the center won’t have much interaction with the public. The site isn’t big enough for a cooking school or restaurant featuring food from Kroger chefs. But McMullen is convinced the center will have a broad reach because Kroger chefs will spread their knowledge to nearly 2,800 stores.

“When they go back out to their stores, they’ll be able to share their knowledge and experience with hundreds of people,” he said. “In a cooking class, you might have 20 people there but … when you have 20 chefs, they get to go out and share that with hundreds of customers.”