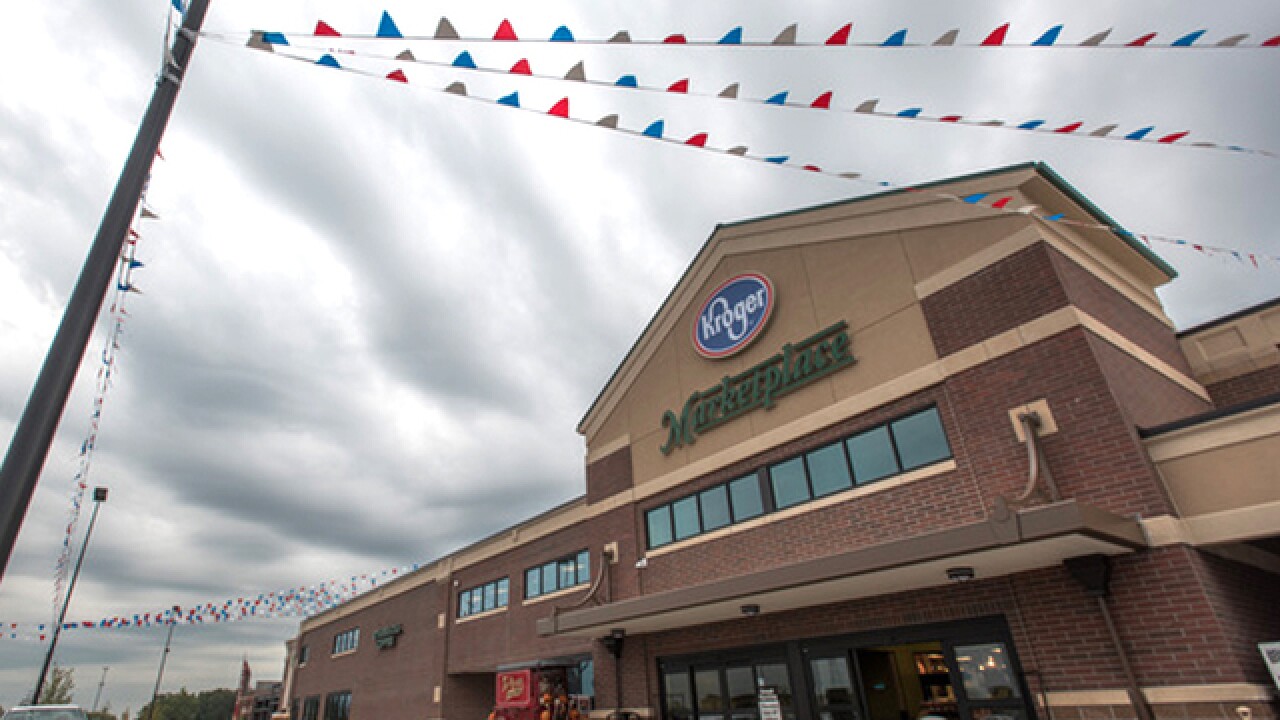 CINCINNATI -- The Kroger Co. reported a $397 million profit on sales of $27.7 billion in the third quarter, exceeding analyst expectations on both metrics.

In addition, the company told investors to expect full year earnings of up to $2.05 per share this year. That's 8 cents better than the consensus estimate of Wall Street analysts. Kroger shares surged more than 10 percent to $27 in early trades before falling back below $26.50 after its earnings call with analysts.

"This quarter shows that by investing for the future, our business continues to improve and gain momentum," said Kroger CEO Rodney McMullen in a press release. "We remain confident in our ability to continue to grow identical supermarket store sales and market share for the balance of the year and in 2018."

Kroger shares have lost nearly half their value since a December 2015 peak of $42.46, as investors fret that the brick-and-mortar retailer would falter with the growth of online offerings from Amazon and Walmart, even as European discount chains Aldi and Lidl expand in the U.S.

But Kroger has responded by expanding its own digital offerings and home delivery. It's also cutting costs, reducing prices and making better use of data to develop new merchandising plans for individual stores. That includes new investments in non-grocery items, including jewelry, clothing and furniture sold at Fred Meyer and Kroger Marketplace stores.

"We had our best ever Black Friday results for general merchandise, led by record sales at Fred Meyer," McMullen said.

Analysts were pleasantly surprised by Kroger's profit margins for the quarter, but some questioned how sustainable its newfound growth will be.

“I guess I'm trying to understand, especially with the gross margins being up so much in the quarter, why your sales seemed to be lagging in an economy that's just racing,” said Wolfe Research analyst Scott Mushkin, who noted that Walmart and Costco both reported faster sales growth in the quarter. “Clearly, against some traditional supermarkets, you're doing OK, but net-net on the entire economy, it doesn't look good at all.”

McMullen said he “felt good about the progress we continue to make,” but “we are not satisfied with” identical store sales growth of 1.1 percent.

“We continue to push to improve our identicals from where we are and see a lot of exciting opportunities to do that,” McMullen said.