Inphlu: Cincinnati entrepreneur using his past struggles to drive his technology startup forward

'I'm more hungry than when we didn't have food' 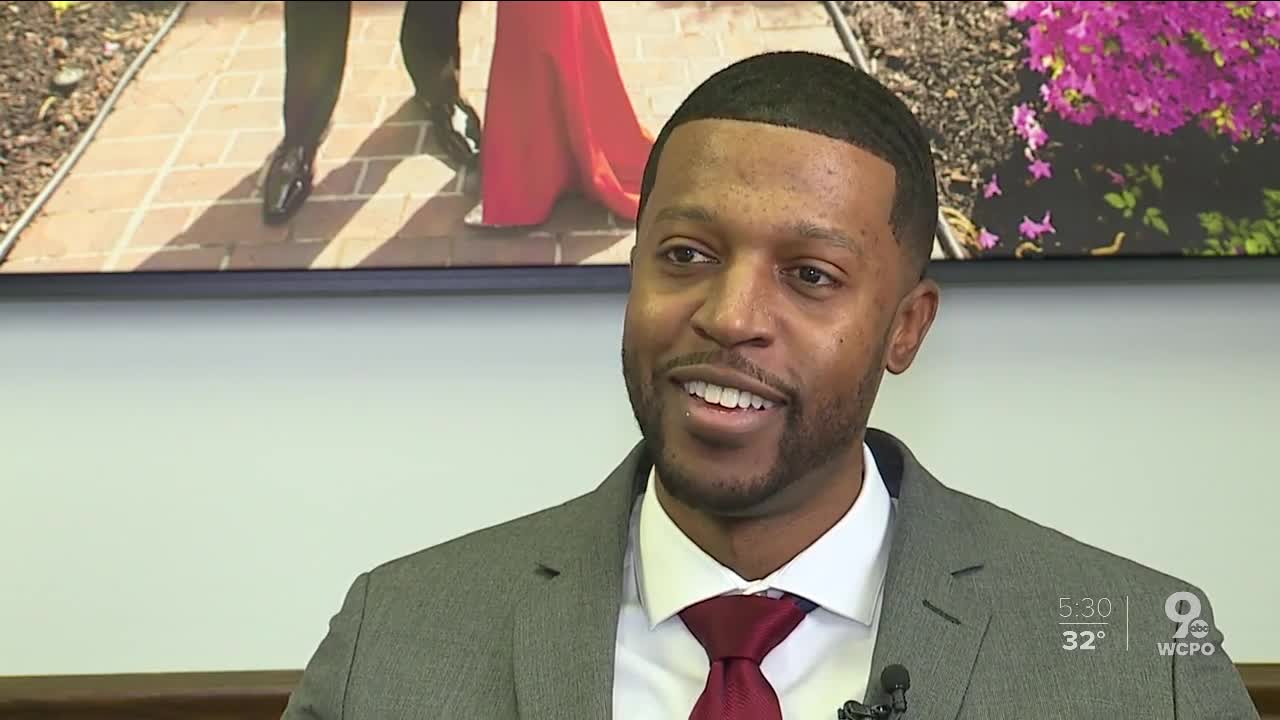 Joshua Reid's early struggles fuel his drive to build Inphlu, a digital technology startup that aims to help small businesses and nonprofits by automating their social media marketing for a monthly fee. 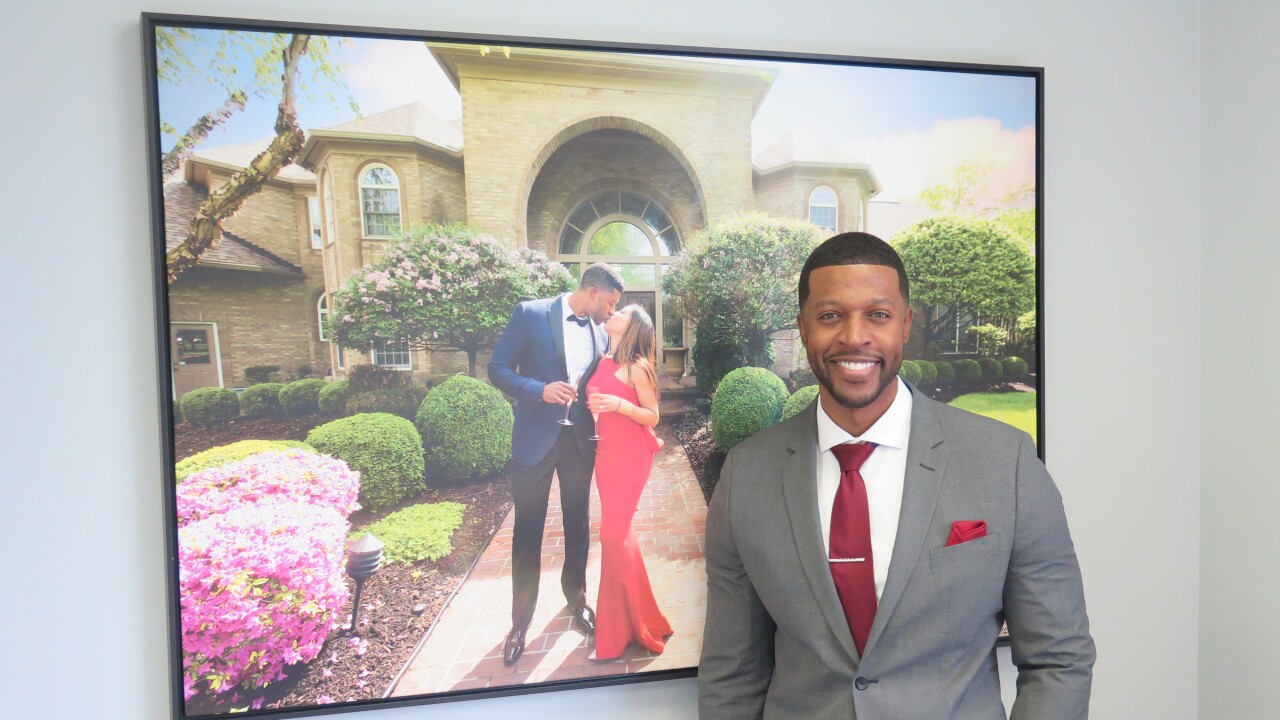 CINCINNATI — Joshua Reid learned early in life the importance of working hard and never giving up.

His mom worked three jobs to support him and his younger brother and still could “barely keep the lights on,” he said.

Now at 33, those experiences also are fueling Reid’s drive to build Inphlu, a digital technology company. The startup aims to help small businesses and nonprofits by automating their social media marketing for a monthly fee.

Reid officially launched the company in December and said it’s on track to have 4,000 paid subscribers by the end of this year with millions of dollars in revenue.

He doesn’t plan to stop there.

“Inphlu is a billion-dollar business plan,” Reid said. “And I have the right tools and the right resources in place to get us there.”

He’s not the only one who thinks so.

The Minority Business Accelerator at the Cincinnati USA Regional Chamber has been working to help Reid get the exposure and resources he needs to grow his new business, said Darrin Redus, vice president of the chamber and the accelerator’s executive director.

“His tenacity, his drive, his coachability,” Redus said. “There’s a lot of times where you have terrific entrepreneurs, but they kind of already have it figured out – even though they don’t. So Josh, while being super confident, is also very coachable. And that was just this package of ingredients that was irresistible in terms of the work that we do.”

While Inphlu isn’t yet large enough to be one of the accelerator’s “portfolio companies” that get the program’s full array of support and services, Redus has helped the startup make connections as part of the accelerator’s work to grow a pipeline of high-potential minority-owned businesses in Greater Cincinnati.

“We’re super excited about where it can go,” Redus said.

It’s a heck of a trajectory for any company, but especially considering where Reid started.

'A lion that's meant for the jungle'

For years, Reid didn’t talk much about his past.

In fact, it took him 10 years to speak publicly about what happened to him when he was 13 years old.

That’s when his mom got arrested and sent to a federal prison. Reid’s younger brother was visiting his dad when it happened. Reid’s own father had not been in the picture much.

Barely a teenager, Reid stayed home by himself for a couple weeks, going to school every day and cooking his own meals, until his extended family realized what was happening.
He ended up living with his grandmother for the years his mother spent behind bars.

“She came home eight and a half years later,” he said. “Never aged. Never complained. And now she’s doing her thing. She’s a contributing citizen to society.”

The whole experience taught Reid he wanted to follow the rules and find success, he said.

He worked hard there, too, and got a job with a multi-national Fortune 500 company where he spent more than four years. While he had a good job that paid well and had great benefits, Reid said he learned something there about himself.

“The way I describe myself is I’m more of a lion that’s meant for the jungle. I’m not meant to be in the zoo,” he said. “You know, I want to chase cattle, climb trees and run at 80 miles per hour, and they wanted to keep me in the zoo.”

So Reid left his job five years ago, he said, and “took a chance” on himself.

Growing as an entrepreneur

After three years, he decided to start a for-profit company so he didn’t have to search for grant money and funding. He launched DRIVENOPTICS, a social media marketing agency.

That business was doing well, Reid said, but he wanted a way to do better.

That’s when he came up with the idea to automate social media marketing and create an affordable monthly subscription service, he said. He named it Inphlu, as in “influence.”

“I needed a scalable business,” he said. “I can now service customers in all 50 states.”

Of course, doing that takes employees. Reid wasn’t at the point where he could get financing from a bank to hire a bunch of people.

But Mike McCuen, the Cincinnati market president for KeyBank, wanted to find a way to help Reid.

McCuen introduced him to Redus at the Minority Business Accelerator, and Redus got an idea.

How NKU is helping to power Inphlu

He thought teaming up with Northern Kentucky University might be a creative and effective way to help Reid get the back office and customer service muscle he needed to power Inphlu.

Redus and Reid approached Zac Strobl with the concept: Would some of NKU’s top entrepreneurship students be interested in paid internships at Inphlu, where they would handle customer service and back office work while learning about a startup first-hand?

“I was all in,” said Strobl, the assistant director at NKU’s Center for Innovation and Entrepreneurship. “This is kind of a rare opportunity. He’s launched previous startups, and he has the resources and mentorship in place to really be successful. And he’s willing to really train our students.”

Faculty members recommended students to apply for the jobs, and Reid has hired eight of them for Inphlu.

Kayln Powell, a 20-year-old junior from Florence, is one of them.

“It’s a great opportunity to learn just about everything there is to know about business,” she said. “It’s inspirational, not only working with him but working on this project specifically because we all really think it’s going to go really far. So it’s exciting.”

Redus also has helped Reid connect with customers by inviting him to host social media workshops for chamber members.

Reid has done three in the past 45 days, he said, and each has sold out.

“You’d be amazed at how many people don’t know how to create a Facebook business page,” he said. “And that’s fine. Because even though it’s been around for a while, there’s still a huge population and a huge generation that haven’t grown with the digital age.”

Even for business owners that know how to create a Facebook page and keep it up to date, many don’t know how to study the data analytics to get the most out of their marketing, Reid said.

“They may not have the time or the resources to dedicate to figuring it out,” he said. “That’s what Inphlu is for.”

The service is even helpful for businesses that know how to manage social media but can use their time better in other ways, said Jared Hallal, the owner of Crescent Moon Productions, a marketing and graphic design firm near Louisville.

“I did not want to spend hours a week creating calendars for the clients I have that needed social media maintenance,” Hallal said. “It takes some of the time out of it so I can focus on the content. And it also is an accountability tool to help me -- and to help any social media manager -- stay kind of accountable to the schedule.”

'This is just the beginning'

The idea behind Inphlu is so good, Redus said, that Reid is bound to face competition.

But for now Reid is running as fast as he can to get ahead of the pack like the lion he is.

Reid promised his mom that he would buy her a house someday. His wife, Ashley, who is a first-generation doctor, just had their baby daughter days ago.

Reid is confident the two of them can give their little girl every opportunity in life, and he said he believes Inphlu and its future success will play a big part in that.

For his part, Reid said he doesn’t see any other option.

It’s not so much to prove the doubters wrong, he said.

It’s about proving that the people who invested their love and time and energy into him – even during his most difficult struggles -- were right.

“When you go against somebody like that, you need to figure out what place you want after second,” he said. “Because first is the only option for us. That’s it.”

Lucy May writes about the people, places and issues that define our region – to celebrate what makes the Tri-State great and shine a spotlight on the issues we need to address. She has been reporting about women- and minority-owned businesses in Greater Cincinnati for more than 20 years. Contact Lucy by email at lucy.may@wcpo.com. Follow her on Twitter @LucyMayCincy.