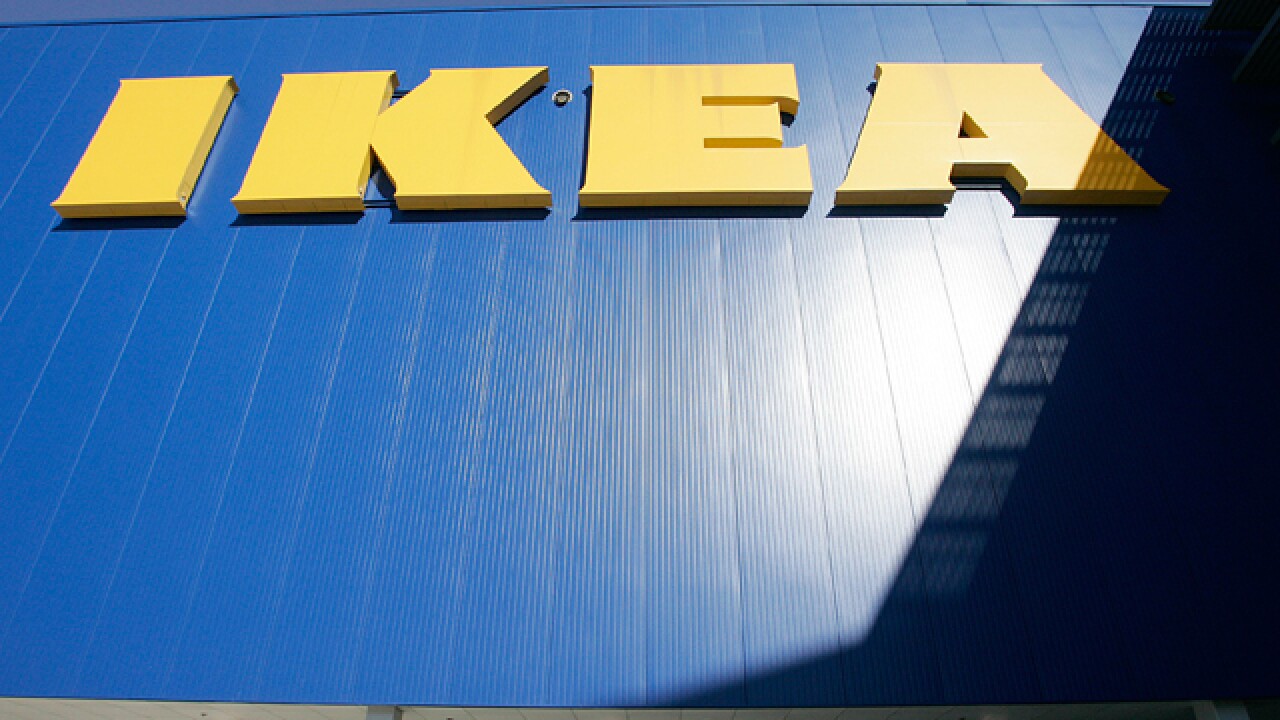 Copyright 2017 Scripps Media, Inc. All rights reserved. This material may not be published, broadcast, rewritten, or redistributed.
WCPO | file
<p>IKEA recently opened a Columbus location, but it doesn't expect it to hurt the West Chester store.</p>

WASHINGTON — Ikea is recalling 29 million chests and dressers that can easily tip over and trap children underneath. Six children have been killed and three dozen others injured in the past 27 years.

The Swedish retailer announced the recall June 28, saying the furniture can pose "a tip-over and entrapment hazard that can result in death or injuries to children" if it is not properly anchored to a wall.

"We are announcing this U.S. recall today given the recent tragic death of a third child," Ikea said in a statement Tuesday. "It is clear that there are still unsecured products in customers' homes, and we believe that taking further action is the right thing to do."

At a news conference, the Consumer Product Safety Commission underscored the risk with a live demonstration of chests tipping over.

"Consumers need to act immediately because it's a very present hazard, especially if you have kids in your home," CPSC Chairman Elliot Kaye said in an interview.

Kaye said consumers "need to either get their anchor kit from Ikea for free and install it on their furniture, take it back to the store for a full refund or have Ikea come and pick it up from their homes for free."

The recalled units were sold at Ikea stores "at various times through June 2016," the company said.

All of the children killed were 3 years old or younger, the CPSC said. One child was killed about 27 years ago. The other deaths were more recent, between 2002 and 2016. The CPSC said it received 36 reports of children who were injured.

Customers who don't want to keep the recalled furniture can ask for a refund. Ikea said it will give a full refund to owners of recalled chests and dressers made between 2002 and 2016. For recalled units made before 2002, customers can receive a store credit for half the original price.

Ikea USA president Lars Petersson said that the chests and dressers were sold with instructions saying that they had to be mounted to walls. Last year, the company offered free wall-mounting kits to owners of its Malm chests and dressers after reports of children's deaths.

Kaye said IKEA is now working with CPSC to bring safer designs to the markets so that furniture is more stable.

"I expect the rest of the furniture industry to do the same," said Kaye.