'Startup people are not wired to quit' 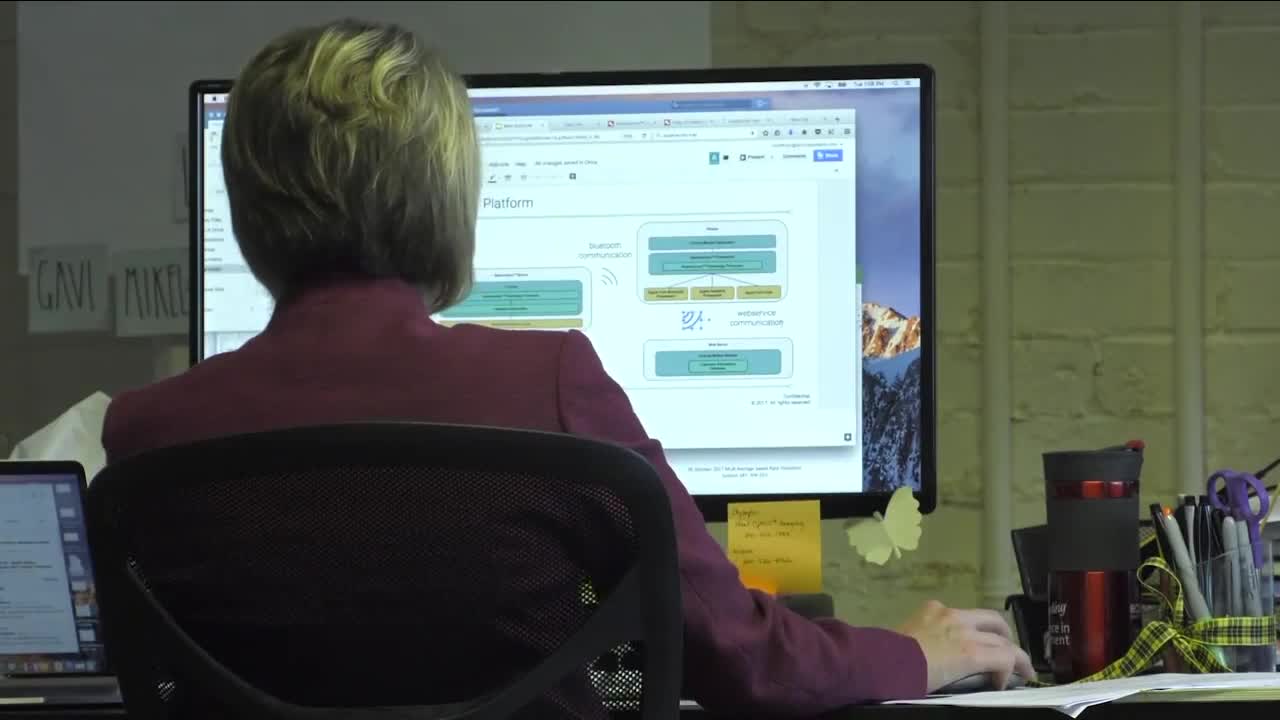 CINCINNATI — Jeff Boyle was about to harvest a bumper crop of cash at 80 Acres Farms in Hamilton last month. Then the coronavirus infected Wall Street.

The high-tech farming startup, which uses hydroponics and robots to sustainably grow vegetables and herbs, was trying to raise $40 million to finance a 70,000-square-foot expansion that’s already under construction. The expansion is important because the larger facility was projected to bring 80 Acres Farms to break-even status.

“We were literally down to exchanging documents,” Boyle said. “Wire instructions were exchanged and this hit. And as you can imagine these investors, they’re focused on agriculture and commodities. They got hammered by the market. They’re all stopping everything. They’re holding off on any new investments.”

Boyle is searching for financing alternatives in the coronavirus stimulus bill and talking to local governments about replacing the lost investment capital with bond debt. But in the meantime, 80 Acres Farms trimmed 18 jobs in March and is pondering another 15-employee reduction that would bring total employment to 90.

“The key, until we know when our funding comes, is to reduce our cash expenses and look for the funds to complete that large-scale farm,” Boyle said. “We’re considering how we might be able to furlough people and bring them back. We’re looking at everything.”

Startups all over the country are caught in a similar pinch, shedding jobs and conserving cash at a rate not seen since 2008. At least 50 startups have cut more than 6,000 jobs, according to the New York Times, including the car-sharing company Zipcar and Bird, which rents electric scooters. Travel-oriented startups have been particularly hard hit, same as in the broader economy – where leisure and hospitality payrolls declined by 459,000 jobs in March, more than any other sector, according to Glassdoor Senior Economist Daniel Zhao.

Closer to home, only “a couple” of the 30 startups in the portfolio of CincyTech are in danger of running out of cash, said Mike Venerable, CEO of the seed-stage investment fund.

“They’re cash-strapped if they look out 60 days but we were already in the process of doing something. We just may have to do something a little different,” Venerable said. “I’m not saying startups don’t have problems but they’re trivial compared to some of the other industries out there.”

Venerable said Norwood-based Eccrine Systems is one of the companies that CincyTech is trying to reset. The maker of wearable sweat sensors raised $16.3 million since 2015, including an $8.4 million venture capital round in 2018, according to Crunchbase. In 2019, the company won a $400,000 grant from JobsOhio that was intended to double its employment to 100.

A former employee who asked not to be named told WCPO the company eliminated nearly all of its 40 jobs in two phases this year.

CEO Gavi Begtrup did not return WCPO’s calls. Venerable said he didn’t know how many jobs were cut but CincyTech will work with those affected to find new positions.

“The company was trying to raise money now and it’s clear that we needed to conserve capital to have a future. If we don’t do that, we have no future,” Venerable said. “We have technology that is proven, is valuable in the marketplace. We need to just find the right path.”

Other CincyTech companies are not only well funded but exploring new growth opportunities enabled by COVID-19.

Founder and CEO Keerthi Kanubaddi said the company used some of its proceeds to beef up its tracking systems for ventilators at the request of a hospital system in California. Kanubaddi declined to name the system but said it needed extra help to keep tabs on breathing machines it borrowed for makeshift intensive care units.

“Those products aren’t just plug and play,” Kanubaddi said. “You have to set them up, keep track of maintenance cycles, disinfect and sterilize them. We’ll provide that support for free to any hospital around the U.S. for the next six months.”

Sharonville-based Airway Therapeutics is also pursuing the use of its protein-replacement therapy AT-100 to treat lung damage caused by COVID-19. Developed at Cincinnati Children’s Hospital Medical Center, AT-100 is an engineered protein that has been shown to reduce inflammation and infection in the lungs.

"The COVID-19 outbreak has illuminated the urgency to identify and explore new therapies for patients in need,” said Dr. Marc Salzberg, Airway CEO, in a press release. “Airway is committed to partnering with the National Institutes of Health to explore and advance AT-100 as a potential therapeutic option."

NIH did not respond to WCPO’s questions about Airway’s request “to evaluate AT-100 as a therapeutic for the novel coronavirus.”

Venerable said the region’s startup economy has plenty of staying power, thanks to the research discoveries at Children’s Hospital that launched 13 CincyTech companies and state investments through Ohio’s Third Frontier program.

“Startup people are not wired to quit. That’s not how they work,” he said. “We have an investor class in Southwest Ohio that is now habituated to the startup economy. They think of it as a part of their investment strategy and they also see it as a great investment in the community. That will be the thing that gets us through.”

Back in Hamilton, Boyle is convinced 80 Acres Farms is resilient enough to weather the downturn and long-term potential that will be enhanced by coronavirus.

“The founders created this company from scratch with their own money, drive and ingenuity. They’ve been through tough situations before,” Boyle said. “I believe that in a post-crisis world here, the need for what we do - which is locally grown vegetables and produce, shortening the supply chain, no pesticides, fraction of the water, it’s environmentally friendly - I think the world is going to demand it and the customers are going to demand it more than ever.”