Not necessarily in that order 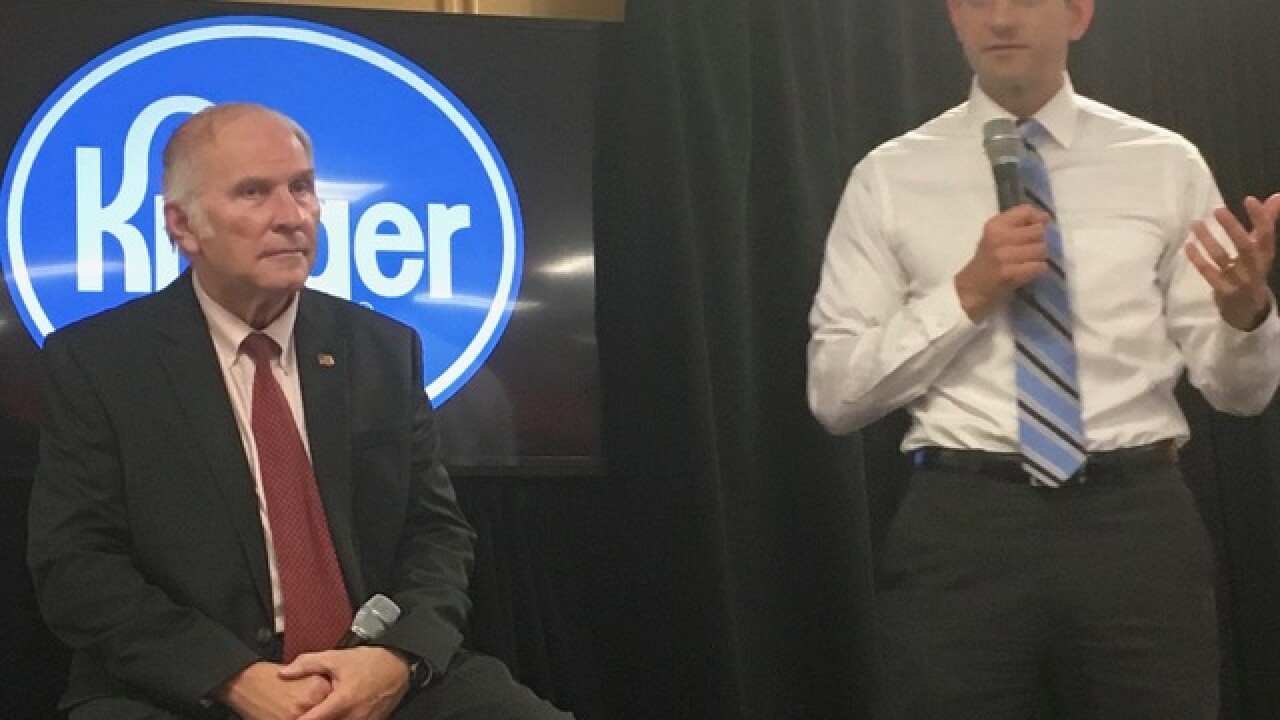 Copyright 2018 Scripps Media, Inc. All rights reserved. This material may not be published, broadcast, rewritten, or redistributed.
<p>Cincinnati Congressman Steve Chabot and House Speaker Paul Ryan at Kroger plant in Springdale May 30, 2018</p>

SPRINGDALE, Ohio - House Speaker Paul Ryan participated in a town hall event at The Kroger Co.'s Ice Cream and Beverage Plant in Springdale Thursday to praise the company for sharing a portion of its annual savings from the Tax Cuts and Jobs Act with its employees.

Kroger announced in April that it would invest about $130 million a year on an expanded package of employee benefits, including tuition reimbursement of up to 3,500 and a larger 401(k) match. The increased investment represents about a third of the annual tax savings Kroger expects from the tax reform bill passed by Congress in December.

“Kroger has been very innovative in the way they are using the tax relief,” said Cincinnati Congressman Steve Chabot. “A lot of it is going right back into their employees.”

Here is a summary of the expanded benefits:

Beyond corporate benefits, Chabot and Ryan asserted that a typical Cincinnati family of four is paying $2,000 less in annual taxes because of tax reform. Unlike corporate tax relief, many tax benefits for individuals are set to expire by 2027. When an employee asked whether those cuts will be made permanent, Ryan responded: "Obviously we want to keep all this permanent. No two ways about it."