Home Tour: 1883 Newport ‘urban farmhouse' completely made over to restore its historical features 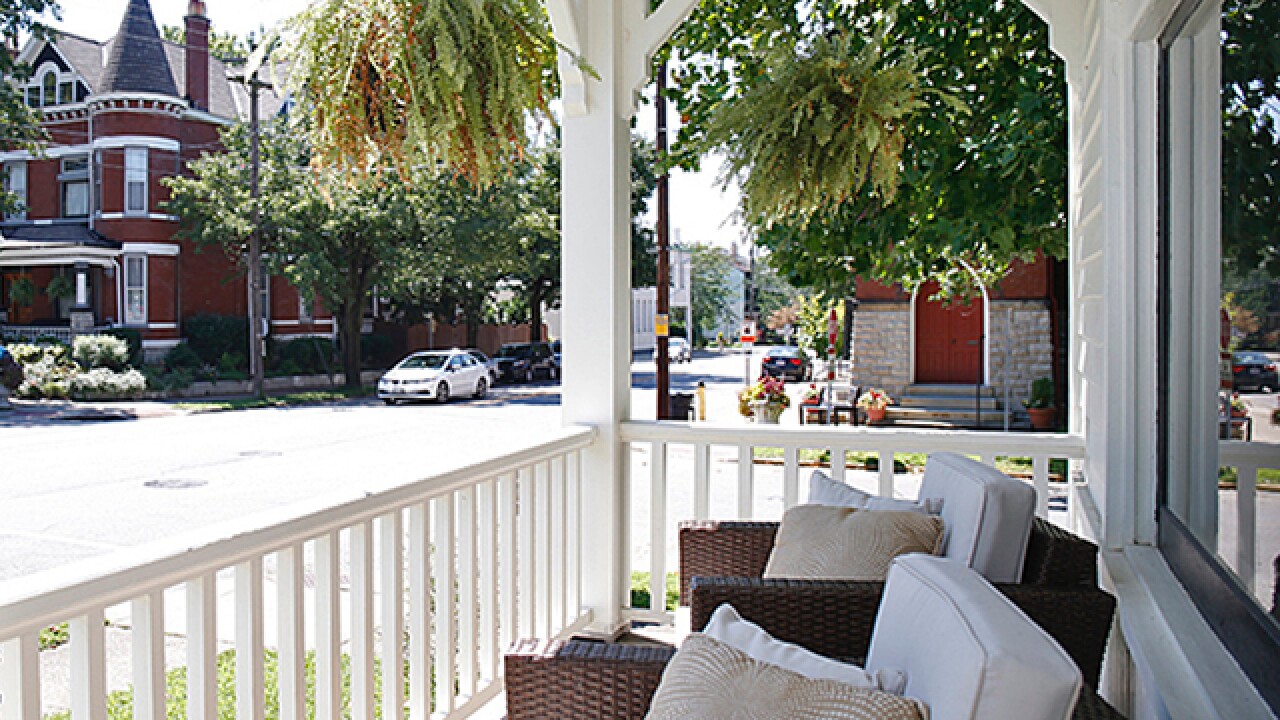 NEWPORT, Ky. -- It's hard not to notice the bright white wood-framed home that looks like it could have been snatched from the countryside and plunked down amid the mostly brick homes in Newport's East Row Historic District.

For years, Ramler had noticed the house as he drove by it on the way to his own home each day. His renovation of the 1883 structure, which took 18 months, got him noticed: He received a 2018 River Cities Excellence in Preservation Award for the project.

It turned out to be a lot bigger undertaking than he anticipated. What he couldn't see on the surface was decades-old termite damage that would necessitate re-framing walls and replacing floor joists. He wound up gutting the house down to the studs, he said. Almost everything has been worked on: The house has new wiring, plumbing, HVAC, roof and gutters; rebuilt exterior walls; and a newly tuck-pointed foundation.

But in making it new, Ramler brought back many of the home's historic features. Outside, he uncovered wood siding (including the fish-scale siding on the upper floor) that he estimates had been covered with Insulbrick and aluminum siding for some 80 years.

Inside, he removed original trim, had it stripped and put back in. He took out faux beams and drop ceilings that had been added. He uncovered brick that had been plastered over. The list goes on and on.

While preserving the historical details was paramount, Ramler also took steps to make the three-bedroom house more livable. Removing a wall on the lower level created a large kitchen/dining area, complete with a huge quartz island, a window seat and cabinets that Ramler designed alongside a large, 1870s church hutch that he found on Craigslist.

A small addition created a half bathroom, pantry and side porch on the first floor. Upstairs, it added a laundry area, hallway and a full bathroom in which the home's siding can be seen.

Throughout the house, Ramler used salvaged items to add character that's in keeping with the historic feel. Wood from another of his projects, a home that dates to 1860, became stair rails. Florentine glass taken from the Hotel Covington went into the bathroom door. He bought old fireplace mantles at Monmouth Street Antique Gallery. Old dressers became vanities in two of the bathrooms.

Ramler actually has a storage unit full of those types of things.

"I'm always salvaging stuff wherever I can," he said.

Projects like this renovation are right up his alley. Ramler holds a bachelor's degree in architecture and a master's degree in historic preservation, both from the University of Kentucky. He's been doing this work since before he got either degree. He bought a house in Lexington to rehab during his undergrad days; He'll finish work on his 20th building later this year.

When it comes to that work, he's not one to shy away from a challenge.

"The worse they are, the more I'm attracted to a project," he said.

Though the "urban farmhouse" had its challenges, it also had some nice surprises, like when he pulled up flooring and found newspapers apparently placed there during a 1927 renovation. They were dated from the day after his grandmother was born in Newport.

"I got goosebumps on my arms," he said.

Ramler's "urban farmhouse" could soon be yours: With the work finished, he has the home listed for sale at $429,900.