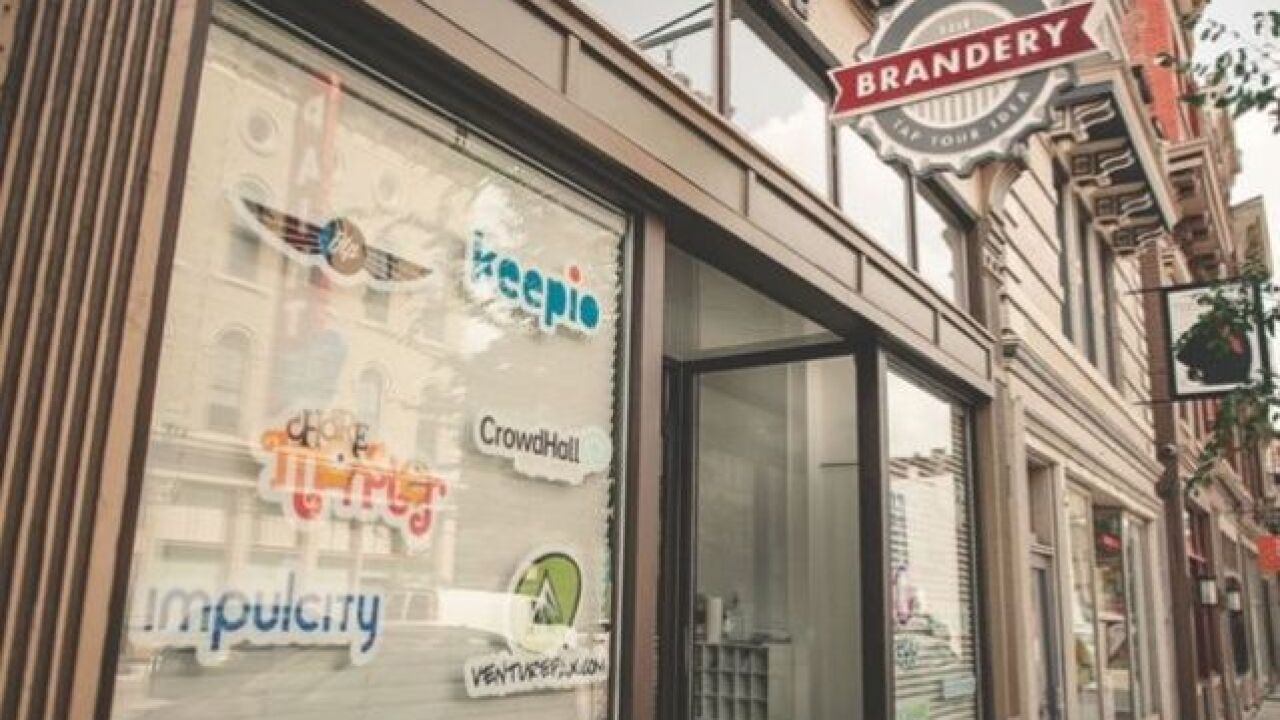 Copyright 2017 Scripps Media, Inc. All rights reserved. This material may not be published, broadcast, rewritten, or redistributed.
WCPO | file
<p>The Brandery has just announced the seven startups selected to be in its 2017 class.</p>

CINCINNATI -- The Over-the-Rhine business accelerator The Brandery released descriptions today of the seven members of its new class of startups and their founders.

This year, The Brandery changed how it chose the startups for its summer/fall class, narrowing the focus to:

Because of the narrower focus, The Brandery received somewhat fewer than the 800 to 1,000 applications it normally receives for each class, general manager Tony Alexander said. But although the numbers were down, the quality of applicants was up, he added.

"Every company that's coming in already has a product in market," he said. "They have proven themselves on a small scale … we're helping them reach that next level."

What follows is the descriptions The Brandery provided of each startup and its principals. The names were not disclosed, as they are likely to change in the first few weeks of the class, which begins June 27 and ends Oct. 10 at a demo day in Memorial Hall.

Wu has worked as a quantitative marketer at several venture-backed startups, including Hatch Baby, a $7 million startup that makes smart baby products. He also served as the chief operating officer for Washington, D.C.-based nonprofit The Hilltop Microfinance Initiative.

Yan, the vice president of software engineering, most recently worked at NASA's Jet Propulsion Laboratory, working on automated tests for the NISAR satellite . He received a dual degree in computer science and business administration from the University of Southern California in 2017.

Ansari expects to graduate from the University of California, Berkeley, with degrees in computer science and chemical engineering in 2018. As an engineer at Johnson & Johnson, he wrote software that created $350,000 in annual savings for a pharmaceutical manufacturing plant.

While in college at Duke University, Cascarano helped create mental_floss, a magazine and trivia company later purchased by the founder of Maxim magazine. He later created an online beauty product retailer, which he grew to more than $6 million in yearly revenue before he sold it.

The Nashville, Tenn. resident more recently served as e-commerce and marketing director for FASHIONABLE, a woman's-apparel retailer, for which he helped triple online revenue in one year.

Company No. 3 makes smart products that make it easier to care for pets. Principals are Hilary Jensen and Dmitry Vlasov.

Jensen is a Stanford University graduate who worked as vice president of operations of a bioinformatics startup that was later sold to Celera. She graduated from Harvard University's business school in 1999 so she could focus on the internet and consumer-software industry.

Vlasov joined company No. 3 as technical lead more than a year ago. He has a master's degree in computer science and previously worked as the chief technical officer for DigiFabster and as founder of 4TapsMobile.

Company No. 4 is an artificial-intelligence digital-marketing consultant for small businesses. The principals are Tanja Mimica and James Hassett.

Mimica was most recently business operations manager for a national group of veterinary practices. An alumnus of the University of Melbourne in Australia, she later served as a board member for the Australian Veterinary Business Association, where she helped vets succeed in business.

Hassett most recently led the factory automation and controls team at the Tesla Gigafactory in Reno, Nevada. Before that he worked as a research engineer at Neurio, a Canadian tech startup. He also did predictive maintenance and ship-loading optimization at Rio Tinto in Australia.

Company No. 5 calls itself the world's first online soap-making studio that allows visitors to customize their own bar soaps. Founders are Mohammed M. Mahdi, 33; his brother, Mohammed A. Mahdi, 28; and Anthony Duncan, 27.

The three founded Bloomington, Ind.-based Soapy Soap Co . in 2012, and have been working for that company ever since. They are each Indiana University graduates.

Salager, a serial entrepreneur who lives in Vancouver, runs Retarget Links , an ad-tech company that does "link retargeting," and Visualping, a startup that allows users to select an area of a website and get alerts when it changes. He is a former brand and product manager at Procter & Gamble.

Valentine, who also works at Retarget Links, previously worked as a product manager and lead UX designer at an enterprise internet-of-things company in St. Louis.

Mallett is currently CEO of Saga Outerwear, a direct-to-consumer ski-apparel company he co-founded in 2005. He co-founded JUMPER Threads with Redlinger and is transitioning into a more active role with the company.