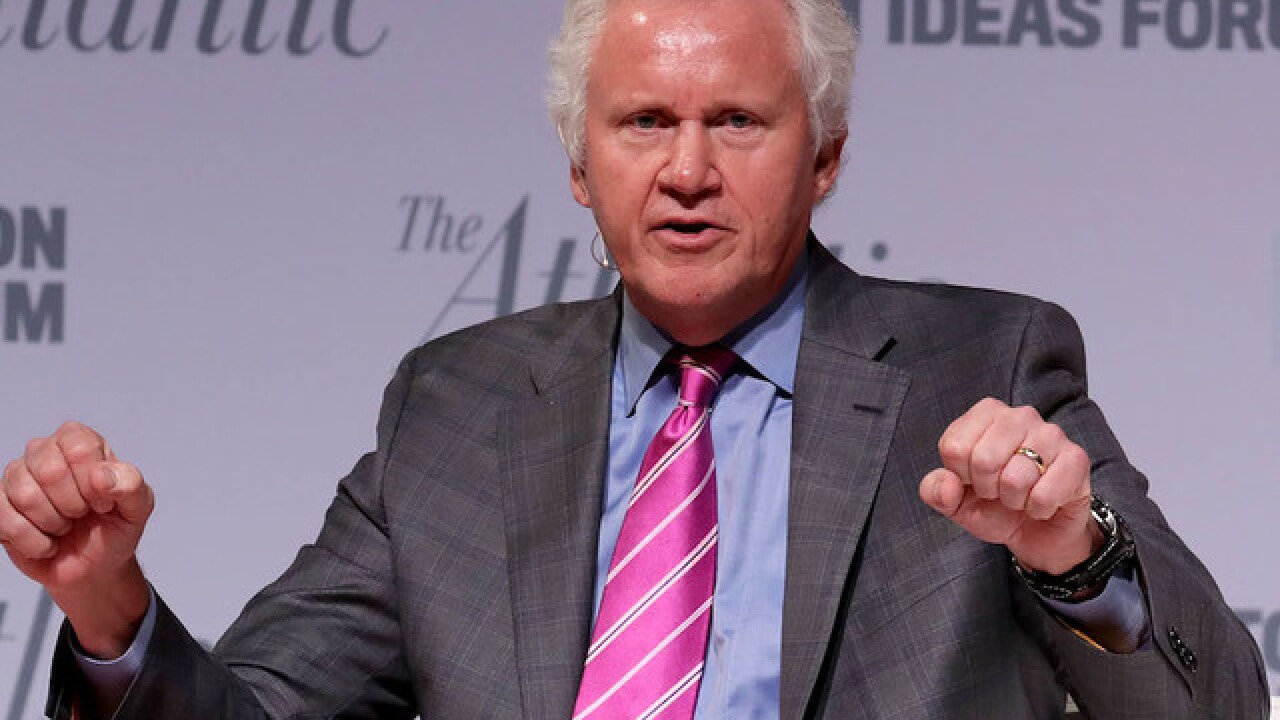 Copyright Getty Images
Chip Somodevilla
<p>WASHINGTON, DC - SEPTEMBER 28: GE Chairman and CEO Jeff Immelt is interviewed during the Washington Ideas Forum at the Harmon Center for the Arts September 28, 2016 in Washington, DC. A proud Republican, Immelt said it would hurt the United States and cripple President Barack Obama -- and the next president of the U.S. -- not to agree to trade deals like the Trans Pacific Partnership (Photo by Chip Somodevilla/Getty Images)</p>

Jeff Immelt, who has led General Electric since 2001, is stepping down, the company announced Monday.

The company named John Flannery, the president and CEO of GE Healthcare, as the new CEO, effective August 1.

Immelt will remain as chairman through the end of this year.

Immelt, 61, succeeded legendary CEO Jack Welch, who had led the company for 20 years and vastly increased its size and scope. Immelt took over as CEO on Sept. 7, 2001, four days before the terrorist attacks. He led the company not only through the period following the attacks but also the 2008 crisis in financial markets.

Unlike Welch, Immelt oversaw the shedding of many divisions that were part of the company when he joined, including the NBC television network and much of the assets of GE Capital, a financial services business that was once the largest part of the company.

GE stock has struggled in recent years, falling more than 10% so far this year as markets overall reached record levels.

The stock was up 4% in premarket trading after the announcement about Immelt.