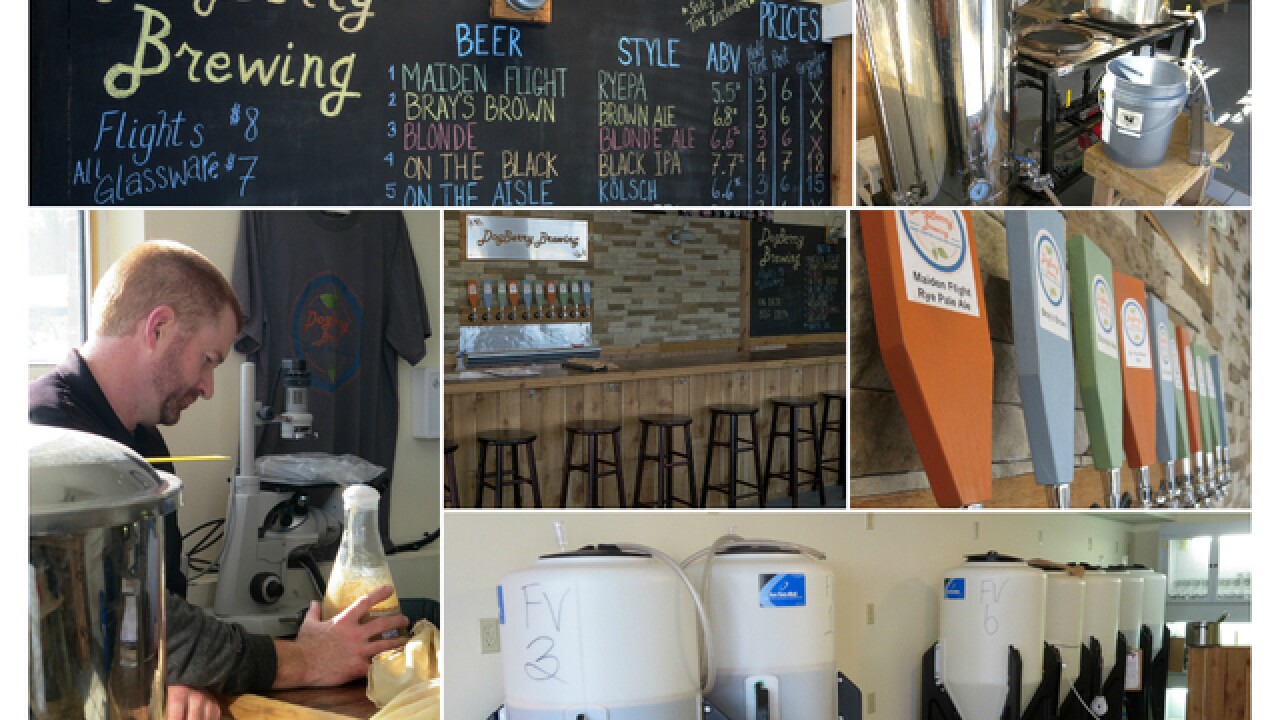 WEST CHESTER TOWNSHIP, Ohio -- A “dismal” jobs report may have prompted the Federal Reserve to forgo an interest rate hike, but one economic indicator is definitely looking good: People are buying a lot of craft beer.

In November, WCPO.com reported that Rivertown Brewing had outgrown its facility in Lockland and planned to move to a larger one in Monroe.

Earlier this month, we reported that Paradise Brewing on Beechmont Avenue had upped its brewing capacity from 10 gallons to 5 barrels.

Now, we can report that DogBerry Brewing in West Chester plans to move into a larger building where it can brew 10 barrels at a time instead of one.

“The demand is there,” said Liberty Township resident Tony Meyer, 40, who owns the brewery with Pierce Township resident Chris Frede, 38. “We have people drive by every weekend who don’t come in because the parking lot is full.”

Dogberry has leased 4,740 square feet in a business park at 9964 Crescent Park Drive in West Chester, more than twice the size of their present taproom.

Their plan is to renovate it to install the brewhouse and brewing equipment at one end of the building, with the rest available for an L-shaped bar and tables. They believe they’ll be able to seat about 150 people at a time.

They hope to open it early next year, at which time they’ll shut down the present taproom, about 3.5 miles away at 7865 Cincinnati Dayton Road.

They wanted to stay in West Chester, where theirs is the only brewery, because most of their regulars are here and the demographics are right.

“People here have money,” Meyer said, and craft beer is essentially a luxury item for people with disposable income.

According to the Boulder, Colo.-based Brewers Association, small and independent craft brewers like DogBerry produced 24.5 million barrels in 2015, a 13 percent rise in volume over the previous year.

The number of operating breweries in the United States grew 15 percent to 4,269, the most ever. Craft breweries have seen double-digit growth in eight of the past 10 years.

Beer lovers seem willing to pay an extra few dollars per pint for a locally made and better-made product, Meyer said.

DogBerry’s new location is not far from the main retail centers in West Chester, he said, and it’s surrounded by lots of office workers in the day.

When they go home in the evening, Meyer said, “We (will) have 70 parking spaces available to us.”

Meyer and Frede, who formerly worked together in vaccine research at Children’s Hospital, opened DogBerry in January 2015, naming it after the streets where they lived, Twinberry and Dogleg.

They financed the start-up with $40,000 from their own funds.

Their goal was to produce 220 barrels of beer in their first year, and they nearly made it, producing 184. This year, they expect to brew about 200 barrels.

The business is now making a small profit, they said, but declined to disclose revenue figures. It’s enough to employ five part-time employees and keep the owners working full-time.

Expanding the brewery will enable them to brew enough beer to open the taproom six days a week instead of four. It will also give them enough beer for sales at local festivals, which they do very little of now.

They hope to increase sales outside the taproom to about 20 percent of total sales.

Their goal isn’t to make DogBerry a multimillion dollar company, Frede said, but to keep it a small, family-run business.

Neither of them ran their own business before this one, so what have they learned?

“The unknowns are the biggest challenge,” Frede said. “Once we learn something, we’re very consistent about what we do.”

Also, he said, they have learned patience.

“Neither of us are by nature very patient people, but it’s taught us to be,” Frede said.