$10 and a dream: AngelHack event can be life-changing opportunity for entrepreneurs

Atumsoft founders entered on a lark, then won 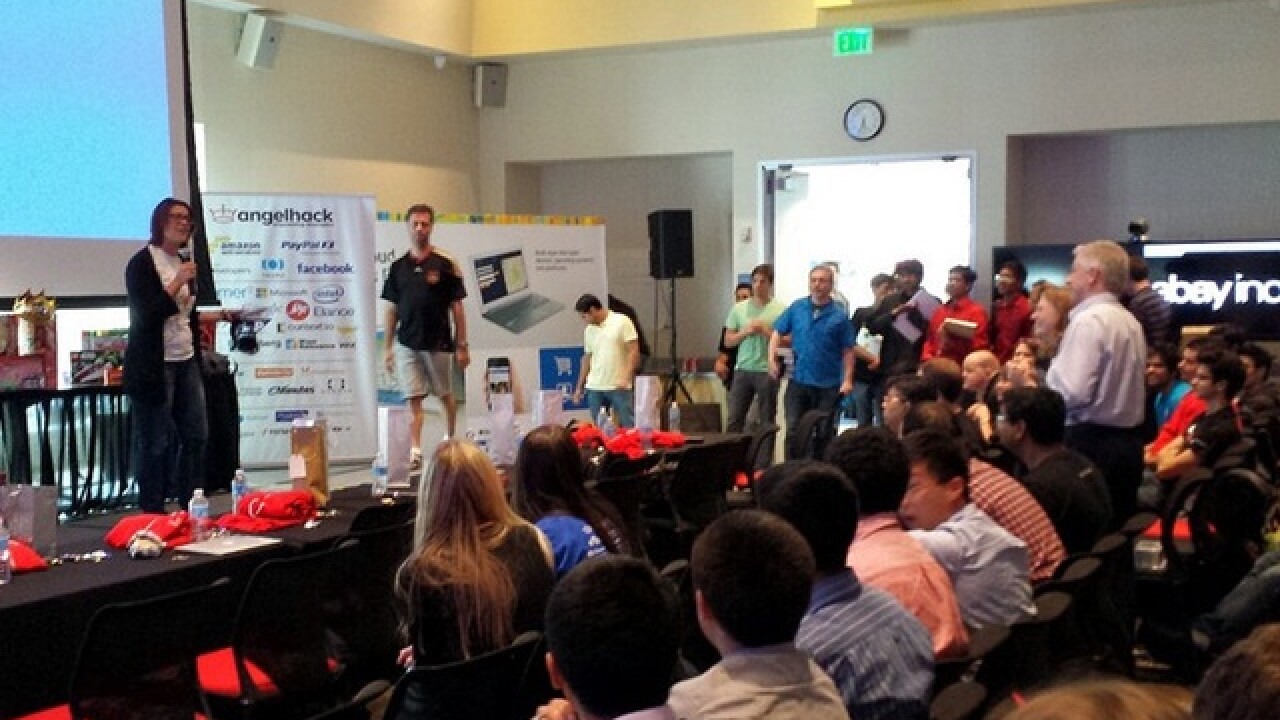 CINCINNATI — Sleep deprivation. Nonstop work. The pressure of a race against the clock.

Olivier Lemaitre still considers it the best $10 he’s ever spent.

Last year, Lemaitre, now 23, was a recent University of Cincinnati graduate and a chemist. His friend Andrew Carl, 26, was a programmer. With a team of two other friends, Lemaitre and Carl entered last year’s AngelHack Cincinnati competition on a lark with little more than some knowledge of the chemistry business, coding skills and an idea for how to use one to better the other.

“A week later, it was like, ‘Hey dad, I’m building my own company,’” Lemaitre recalls.

They walked out the victors, the trajectory of their lives changed completely. That could happen again Saturday for another group of would-be entrepreneurs when AngelHack returns to Cincinnati. This year’s event will be at the 84.51 building, 100 W. Fifth St., downtown.

“It’s just good for the community to get all of these smart developers in one place,” said Tony Alexander, general manager of the Brandery, a business accelerator in Over-the-Rhine. Alexander will serve as a judge at AngelHack Cincinnati for the second year.

AngelHack challenges coders and entrepreneurs to “build a technology that will have a positive impact on the world.” In exchange, winners receive life-changing rewards.

For Lemaitre, Carl and their teammates, that meant access to training in AngelHack’s Hackcelerator program, mentorship from local and global entrepreneurs and the chance to fly to San Francisco to pitch their business idea to people with the means to make their idea a reality.

The AngelHack competition is open to software developers, designers and entrepreneurs alike, and it’s not necessary for competitors to join the competition with a preformed team. This year’s prizes include Hackcelerator perks, cash, access to proprietary web services and plenty of swag.

There are advantages to showing up with your own team, but joining a team of strangers has its own advantages, Carl said. Carl has attended several hackathons similar to AngelHack Cincinnati, and he’s done both.

“When you know your team, you know your dynamic, but you’re also limited by it,” Carl said. “It brought an entire skill set together that I wouldn’t have had if I had stayed with my group of friends.”

Lemaitre and Carl now run Atumsoft, a company they founded after they won last year’s AngelHack Cincinnati competition. Based out of the business center in Evanston run by HCDC Inc., Atumsoft is developing hardware and software to improve efficiencies in chemistry laboratories. HCDC was formerly known as the Hamilton County Development Co.

The company has some funding, is gearing up to make a sales push, and is a finalist to join the 2016 class at the Brandery.

But not all AngelHack winners go on to form successful companies: David Felix, 26, was a member of a three-person group that won AngelHack Cincinnati two years ago with a concept they called Pepperonio. Their new approach to the pizza-delivery business didn’t pan out, but Felix’s success in the competition earned him a different kind of reward.

“Everybody got pretty good job offers from winning it and moved on to jobs that were more satisfying,” Felix said. Felix was working in a support role at Kroger Technology; he now works as a programmer and developer for Kroger Digital.

Of course, not everyone who enters will win, or even go on to get noticed and upgrade their careers. The nature of the competition doesn’t play to the strengths of all, and there are bound to be some stinkers presented to the judges.

“Usually half of them are like the first couple of weeks of ‘American Idol,’ where people think they’re good,” Alexander said. “Some of them know they’re not good.”

Alexander believes that, even in failure, participating in “hackathon” events like AngelHack is a good mental exercise for developers and entrepreneurs. Lemaitre points out that, even if competitors don’t succeed, the $10 entry fee is hardly a waste. With five meals provided to competitors over the course of the competition, it’s a cheap way to have a fun weekend, he said.

And for those who succeed?

“It’s literally $10 that can change your life,” Lemaitre said.

Cincinnati is in good company

San Francisco-based AngelHack sponsors hackathons around the world. Cincinnati’s inclusion speaks well of the perception of the region’s startup infrastructure.