Who is Jenny B and why does she claim you are pregnant? 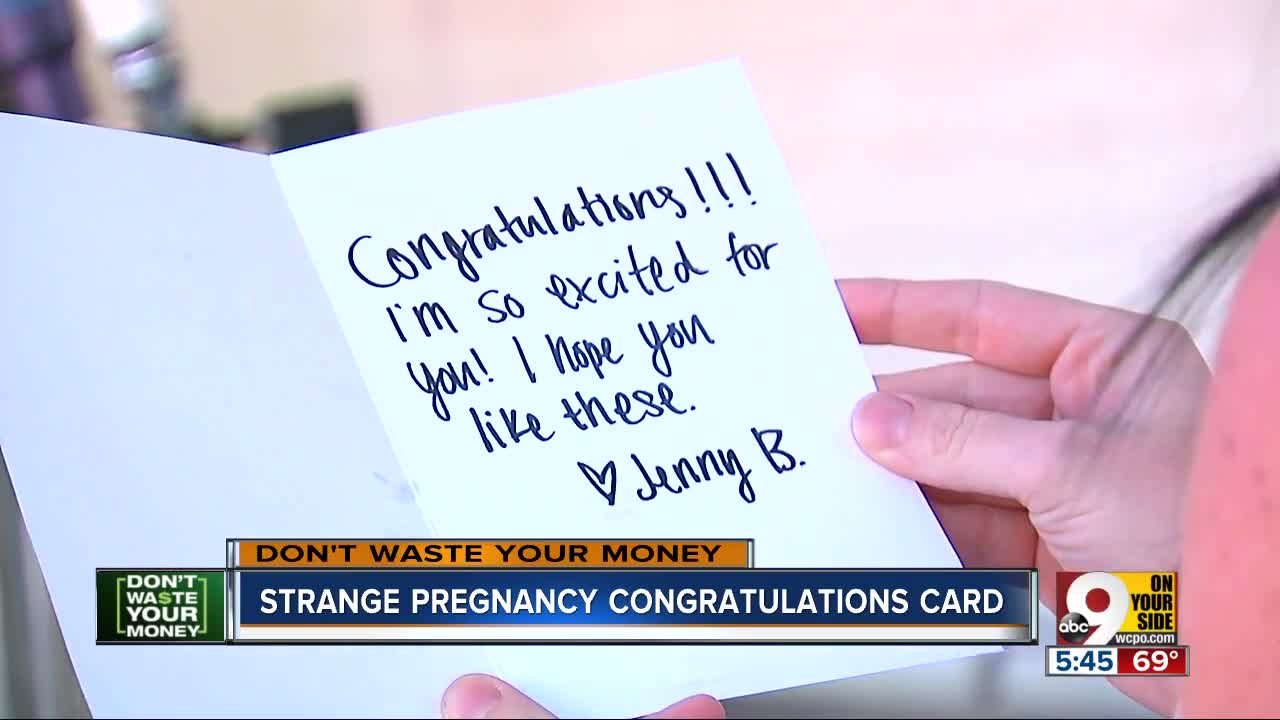 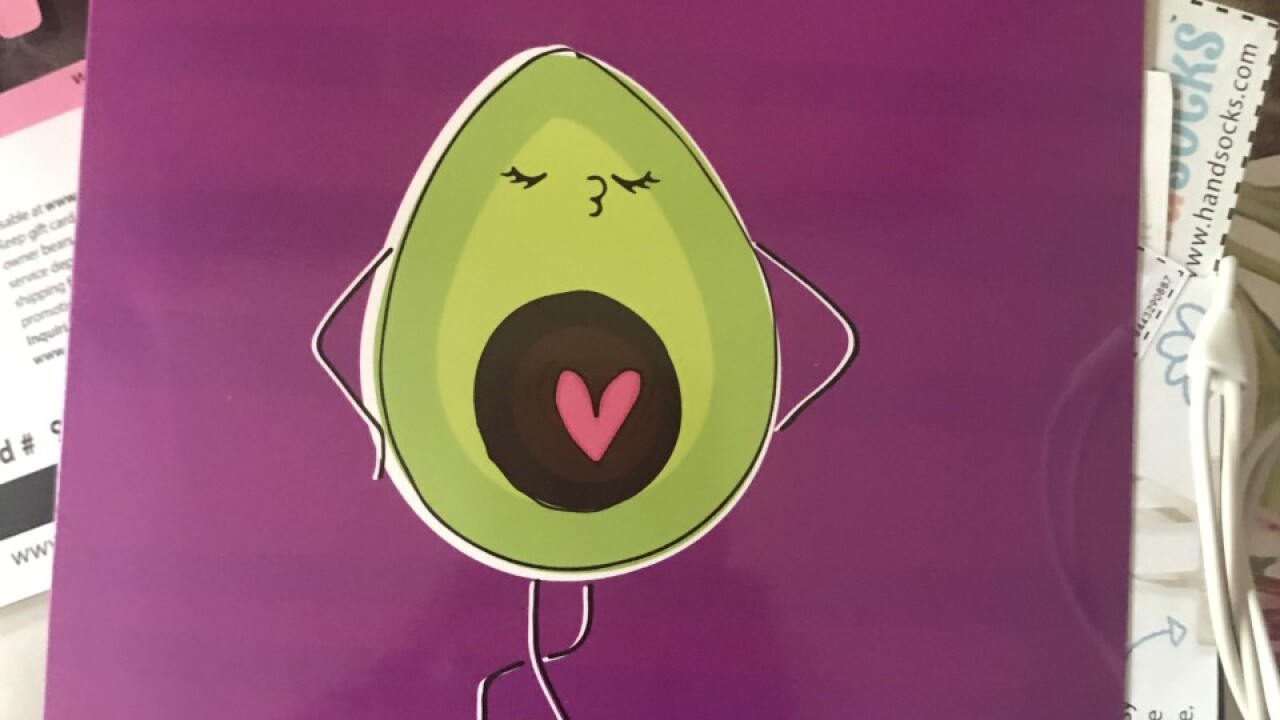 Women across the country are receiving cards from a "Jenny B" congratulating them on their pregnancy, packed with gift cards to various motherhood related websites.

Here's the weird part: many of the women aren't pregnant, and it seems that none of them know this "Jenny B" from Utah.

Ohio woman Jane Dulaney thought her sister from San Diego may have sent her a belated birthday card, but instead, was shocked to see a card that read "Holy guacamole! You're going to avo baby!"

"It included several seemingly hand-clipped coupons and four things that were supposed gift cards with a receipt that said they were a total of $250," Dulaney said.

"My search history has not reflected any kind of possibility that I could be pregnant or even at that phase of my life at all, which is probably the oddest part," Dulaney said.

Dulaney isn't the only woman that has received this card.

Multiple women have gone to Twitter to seek out who "Jenny B" is and why is she sending them a card in a pink envelope with no return address. In some cases, the cards went to the parents of women who were not pregnant, no doubt prompting some unexpected conversations.

Y’all? Why did I just get this card in the mail that says, “Holy guacamole! You’re going to avo baby!” with $250 worth of baby/pregnancy gift cards? And there’s no return address? But my name and address are on the envelope? I —

Sooo I come home to a letter written out to me with my address and everything and it’s a pregnancy congratulatory card with $300 worth of gift cards. Plot twist. I’m not pregnant 🤔

Just received a card in the mail from Utah congratulating me on my pregnancy with over $300 dollars worth of gift cards..... 1) thank god my dad didn’t open it 2) I’m not pregnant 3) do I buy the pregnancy pillow anyways?

My parents received a card addressed to me at my parent’s house, with no return address, with $245 worth of gift cards and coupons, congratulating me on my pregnancy. Jenny B. from Salt Lake City: who are you?! Do you have the wrong Roya Shariat?? I’m not pregnant! pic.twitter.com/Mva7R7fXf2

All of the coupons and gift cards link back to a company called Mother's Lounge LLC.

"It feels (obviously) fraudulent but the fact that someone has the address of my mom’s house and sent those is unsettling to say the least," Dulaney said.

News 5 reached out to Mother's Lounge LLC to see if they were responsible for sending out the cards but have yet to hear back.

According to the Better Business Bureau's website , the company has an "F" rating.

We reached out to the Better Business Bureau to see if they have had any recent complaints about the company, but has not heard back.

Mother's Lounge LLC is a company based in Utah.

This article was written by Courtney Shaw for WEWS .