Rent-A-Center is under federal investigation 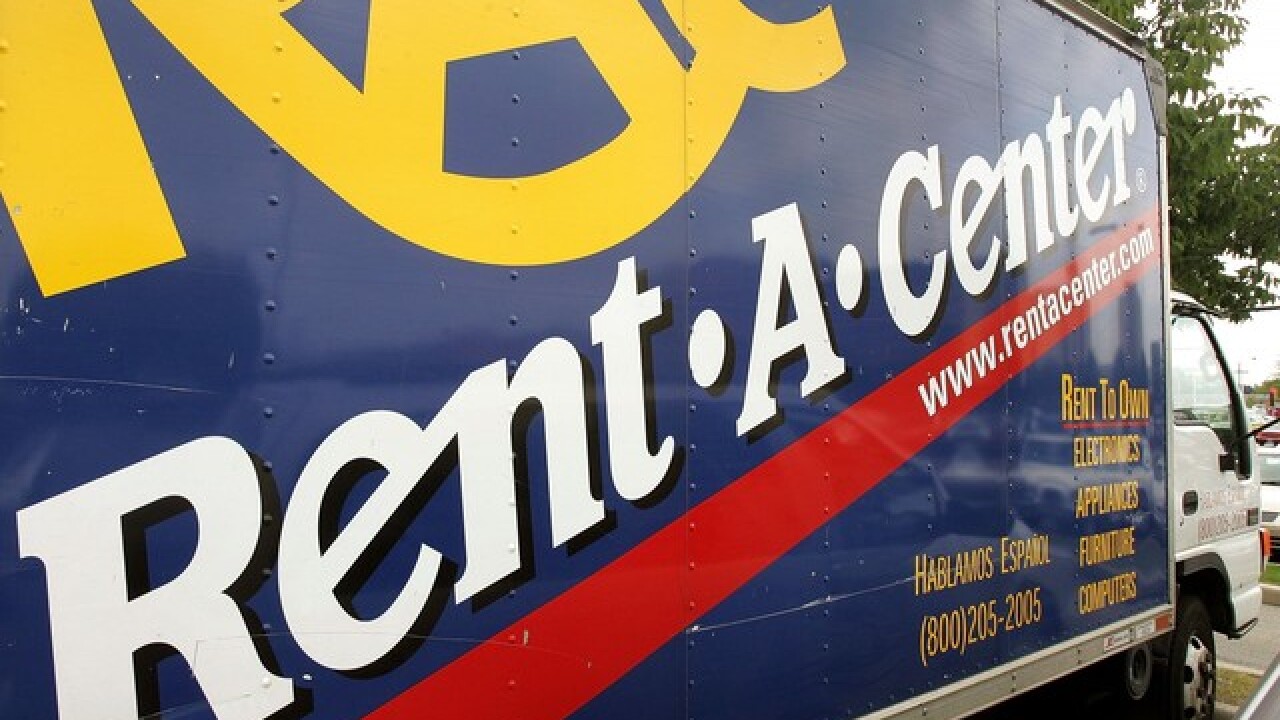 A U.S. government consumer watchdog agency is investigating the $8 billion rent-to-own industry and related companies over questions about unfair, deceptive and abusive practices, NerdWallet has learned. Investigators for the Consumer Financial Protection Bureau are asking specifically about Rent-A-Center, the nation’s largest rent-to-own enterprise with more than 2,400 stores selling furniture and appliances mostly to low-income Americans. NerdWallet reported two weeks ago in a joint investigation with Raycom Media that Rent-A-Center customers nationwide have complained their credit had been harmed and they were badgered by bill collectors over accounts they had paid off. Five days after the stories appeared, Rent-A-Center’s top executive, Steven L. Pepper, resigned amid a continuing power struggle on the board of directors. Shares of the publicly traded company, headquartered in Plano, Texas, have declined nearly 75 percent in the last four years as it has struggled to increase revenue. The CFPB sent Rent-A-Center a civil investigative demand in late July, requesting details about customer accounts it had sold to a debt buyer and other information about its business practices. Investigators have interviewed people familiar with Rent-A-Center’s record-keeping. They asked about the company’s ability to credit customer payments properly and to report accurate information about consumers to credit reporting agencies, say people the CFPB interviewed. Bureau staff members have also inquired about complaints that Rent-A-Center store managers pocketed consumers’ money instead of applying it to their accounts, one person interviewed by the agency told NerdWallet. He asked not to be identified because of a nondisclosure agreement he signed with the CFPB. The CFPB declined to comment on its investigation. [caption id="attachment_20079" align="alignnone" width="1500"]

The NerdWallet-Raycom investigation detailed the account errors and mistreatment of customers, including people who say they were threatened with criminal prosecution and had their doors kicked in. NerdWallet provided guidance to consumers harmed by the company. Shareholders filed a federal lawsuit against the company in December 2016 over problems with its system for tracking customer payments. The complaint said Rent-A-Center had difficulty starting a new point-of-sale system in 2015, causing “severe harm” to company operations. The company introduced the system despite repeated internal warnings about its flaws, leading to outages that caused customers to fall behind on their rental agreements, the shareholders allege in court filings. Rent-A-Center conceded its system had flaws. The company failed in an attempt to get the lawsuit dismissed. A former senior information technology employee who helped with the rollout told NerdWallet that Rent-A-Center’s system had glitches that could show up in any account. “There was no way to assure the veracity of any specific transaction,” said the former employee, who asked not to be named because of a nondisclosure agreement he signed with the company. Gina Hethcock, a Rent-A-Center spokeswoman, said in an email this week that the company had received an inquiry from the Consumer Financial Protection Bureau regarding a prior debt sale. She said the accounts involved in the debt sale, and the CFPB’s inquiry, are unrelated to the rollout of the point-of-sale system the company uses in its 2,400 stores. Rent-A-Center has long pushed to keep federal regulations at bay, spending more than $7.2 million lobbying Congress in the past decade, according to data collected by the Center for Responsive Politics. Rent-A-Center petitioned the CFPB in August to modify or set aside its investigative demand. The company argued in a 30-page letter that the purpose of the investigation, and the broad nature of the bureau’s questions, exceeded the agency’s jurisdiction. The CFPB responded by agreeing to modify certain questions and document requests but said it has the authority to investigate the company. Many of the complaints against Rent-A-Center detailed in the NerdWallet-Raycom report came from customers who signed lease agreements with the company for furniture sold at independently owned furniture stores. Those transactions occurred through a Rent-A-Center subsidiary known as Acceptance Now, which operates inside nearly 1,300 furniture showrooms, including Ashley Furniture and Rooms to Go. In those showrooms, customers pick out furniture they want, but instead of buying it from the store, Acceptance Now buys it for them and leases it back to them. This process removes the store from any responsibility in disputes. The Federal Trade Commission received 2,779 complaints about Rent-A-Center and Acceptance Now between January 2016 and June 2017.

Nearly one-third of the 674 consumers who filed complaints against Acceptance Now said they had asked the company for a record of their payment history or verification they owed money. The company’s representatives failed to provide it, often saying they had no way of doing so, former customers said. Ten percent of those 674 customers said errors ended up on their credit reports. In late 2014, as Rent-A-Center was expanding its Acceptance Now program, it deemed more than 18,000 accounts seriously in arrears and sold them to a debt buyer. At least 20 percent of the debts were invalid, says Branden Vigliotti, president of Lismore Holdings, who purchased the accounts. Customer after customer told collection agents he worked with that they had paid off their debt, sometimes voluntarily, sometimes under duress, sometimes as the result of a civil court action, Vigliotti said. Vigliotti is in mediation with the company, which has disputed his claims. Companies that mishandle customer records can be subject to penalties by state or federal regulators, says Ohio Attorney General Mike DeWine. Companies have also been fined or forced to offer restitution to consumers for violating the law. The investigative demand Rent-A-Center received says the purpose of the CFPB’s investigation is to determine if rent-to-own and related companies have violated the Consumer Financial Protection Act, the Fair Debt Collection Practices Act or the Fair Credit Reporting Act. DeWine led a 2015 push by state attorneys general to force credit reporting agencies to fix inaccuracies on consumers’ credit reports. He urged consumers who have been harmed by Rent-A-Center to contact their state attorney general. “This is an industry that needs regulation,” he said in an interview. “This is an industry that is really hurting poor people.”

Written by Brad Wolverton for NerdWallet. Brad Wolverton is a writer at NerdWallet. Email: bwolverton@nerdwallet.com. Twitter: @bradwolverton. Jill Riepenhoff, an investigative producer at Raycom Media, contributed to this report.