This couple built a tiny house for only $700 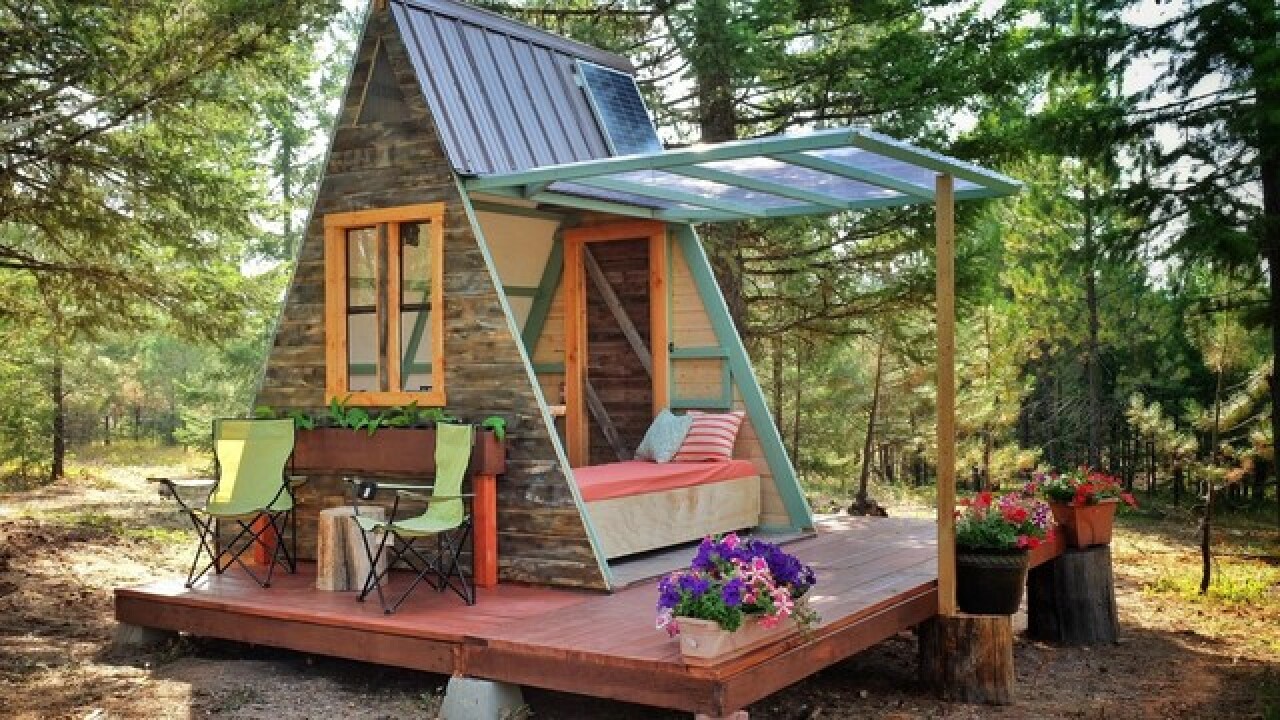 It's funny how tiny houses have become one of the biggest building trends right now. People seem to like the simplicity and look of these little homes. One Montana couple spotted plans for an A-frame tiny house and fell in love. Photographer Alla Ponomareva hoped she and her husband Garrett would one day build and own their own tiny house. In fact, she had a Pinterest folder where she collected ideas for her "Future Tiny Home." One day, she came across a design by Derek "Deek" Diedricksen. It was love at first sight. "This particular A-frame was so adorably tiny, yet multi-functional that it made us pause and take notice.," she wrote in the first of two blog posts . "Unlike other designs, it had a transformation element which increased its square footage and gave it an undeniable character."

With a three-week summer vacation coming up, the couple decided to build the tiny house they dream of having. Yes, only 21 days to build a house. So, they purchased the plans , gathered the supplies and got right to work. It didn't take them long to realize how small 80 square feet truly looks and feels like. Still, while the house was small, there was quite a bit of elbow grease and heavy lifting involved. According to the house plans, the budget to build the tiny home totaled about $1,200. However, Ponomareva and her husband had a few clever ways to save some money.

The couple upcycled two small windows and built their own door. This saved them from having to go out and buy them at a home improvement center. They also used repurposed wood in the construction project. They also built their own beds, plus stitched together their own mattresses, covers, pillows and sheets. Can you imagine sewing your own fitted sheets! I have a hard enough time folding them!

Their $1,200 tiny house only cost them $700 to build, thanks to their creativity and handiwork!

One of the couple's favorite design features of their home? The moveable, see-through wall. With the bed next to the wall, which completed "the goal of seeing stars while lying down in bed."  The transparent wall also adds natural light and is a design feature used in a number of Diedricksen's designs. The guest house can sleep two or three people. It may have no running water or a toilet, but the hosts thought of that! Guests can use a portable, solar shower right near the cabin. Problem solved! This guest home tucked away in nature looks like the perfect place to relax, unplug and get away from the world.