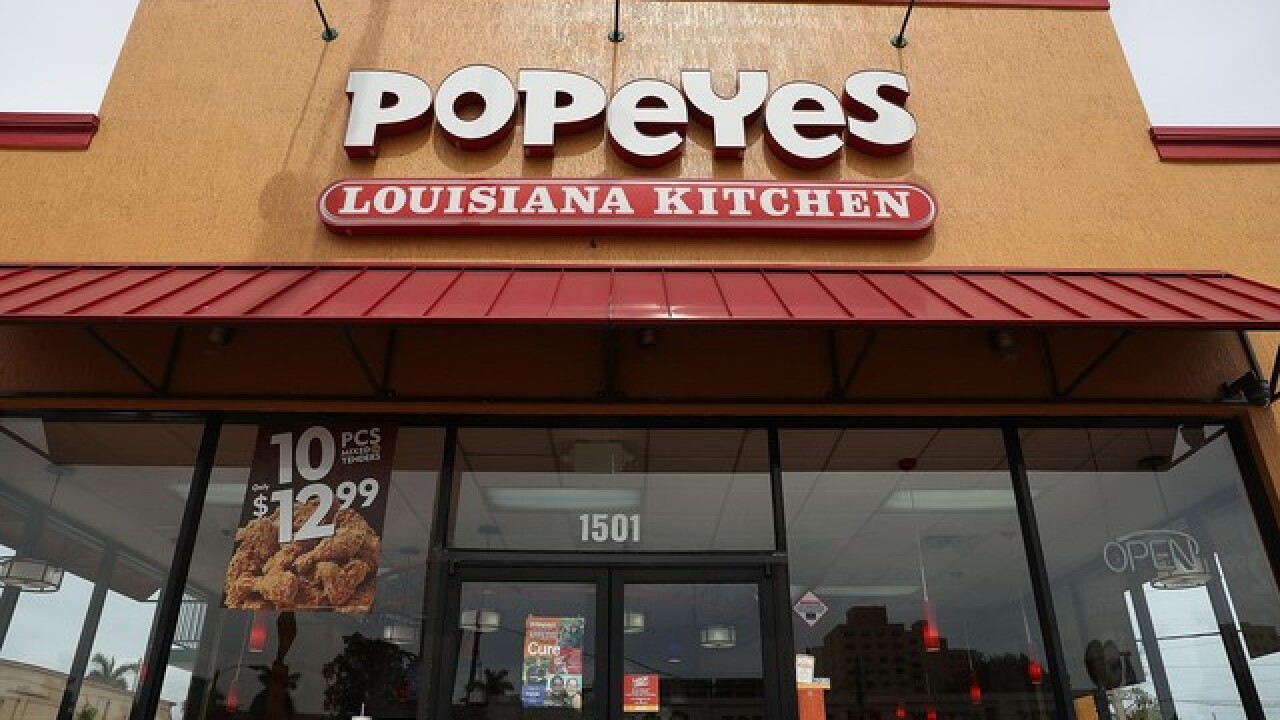 Sure, imitation is the sincerest form of flattery, but that doesn't mean restaurants should be serving food other people made and passing it off as their own, right? Yeah, probably not. But that is just what one California restaurant is doing with fried chicken they purchase from none other than Popeyes Louisiana Kitchen. Fried-chicken lovers have known for decades that Popeyes is a great place for a meal, but Sweet Dixie Kitchen in Long Beach, California, is taking the love of the Southern comfort food just a little too far. They've been serving Popeyes to customers and, perhaps worst of all, charging customers more than what Popeyes does.

Sweet Dixie Kitchen offers several fried chicken options on their menu, but at least on their website , there is no mention of the chicken being from Popeyes. It was only discovered after  Yelp user Tyler Hiebert posted a review calling the restaurant out for their use of the chicken after he saw employee's taking boxes of it into the kitchen. "Before my friends and I got seated we saw them quickly bring in two large boxes of Popeyes to the kitchen. I wanted to believe that this was just a snack for the workers, but alas it was not. I ordered the Chicken and Waffles to see whether or not they were serving Popeyes to their customers. I thought the chicken tasted suspiciously like Popeyes and was also rather stale. I kindly asked our waiter how they cooked their fried chicken. After checking he admitted that they do in fact use Popeyes," Hiebert says in the review . Sweet Dixie Kitchen isn't phased by the review, however, responding to Hiebert and "proudly" admitting to the delicious deceit. "We PROUDLY SERVE Popeyes spicy tenders—the best fried chicken anywhere—which are delivered twice a day," Sweet Dixie Kitchen owner Kimberly Sanchez responded on Yelp. "As it has always been our goal to feature local food and guest chefs here, we promote usually small batch local producers in our menu. The exception is Popeyes—we can't fry at this location—and it (is) the fried chicken I love so much . . . So I serve it."

But what about the price of the chicken at Sweet Dixie Kitchen versus Popeyes? Well, fried chicken on a buttermilk biscuit with syrup will cost you $12.95 there , while you can get five pieces of chicken, two sides and two biscuits for $9.99 at Popeye's . We can't help but wonder how Popeyes feels about all of this, but there's been no response from the restaurant chain yet. Sanchez told Fox News that she tried to reach out to the franchise owner of the Popeyes where she gets the chicken, but has not heard back. “I would be glad to put Popeyes on my menu. I walk in through the front door carrying the bag of chicken. The customers know where it’s from. Popeyes knows," she said . In the meantime, it should be acknowledged that it's not totally uncommon for restaurants to use some food that comes pre-made or frozen , or use outside vendors for things like vegetables or even pastries. But it does seems to be quite a stretch to just head out and pick up some Popeyes for your chicken and waffles, don't you think? via GIPHY What are your thoughts? Would you eat at a restaurant you know bought their food somewhere else?