How does Cincinnati keep kids from getting sick when poisonous lead is everywhere? 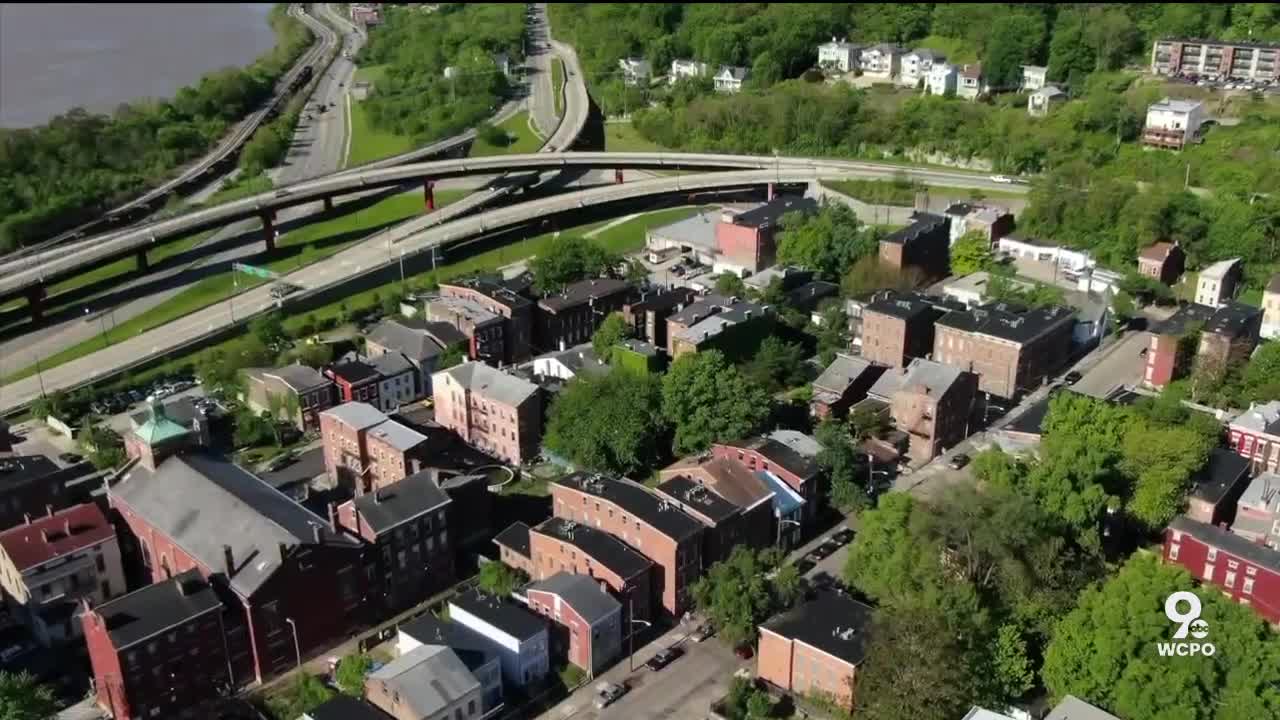 Elevated blood lead levels can lead to developmental problems in children, including issues with the nervous system, behavioral problems and low IQ.

CINCINNATI — On a warm May afternoon, Lashaya Mince and her daughter Shannya Cross sit outside the home they rent in Lower Price Hill, smiling. It’s a good day.

But that hasn’t always been the case.

“As I was growing up, me and my mom and my siblings have been dealing with so much problems,” Cross said. “We’ve been through almost everything.”

Cross is now 16. As a child, her blood lead levels tested above what’s considered acceptable by CDC guidelines, which now sets five micrograms per deciliter as the value to identify children with high lead levels in their blood. However, no levels are considered safe. Elevated blood lead levels can lead to developmental problems in children, including issues with the nervous system, behavioral problems and low IQ.

In 2019, the Cincinnati Health Department identified 321 local children with elevated levels of lead in their blood. However, a majority of children are not tested, even though under Ohio law, children should be tested at ages 1 and 2 or up to age 6 if no previous testing has been done. The testing is required to help prevent irreversible damage.

“(Lead poisoning) can cause a lot of different issues and it never goes away, it’s not something that can easily be removed or remediated,” said Mary Delaney, executive director of the local nonprofit Community Matters.

Delaney's organization has made lead poisoning prevention part of its mission, starting from the ground up in Lower Price Hill.

The group, which was created with the goal of "removing barriers to opportunity" in the neighborhood, began to worry about lead poisoning in the lead-up to its community garden project. Before any seeds hit dirt, members tested two of the designated garden plots to ensure they would be safe for growing food.

“One of them came back very high for heavy metals," Delaney said. "So that got us thinking about, if it’s in this land, where else is it in the neighborhood?"

In soil, EPA standards state that 400 parts per million of lead is acceptable for play areas.

“When you know someone is exposed to that level of lead, immediately you just want to say, 'Run. You’re living and surrounded by poison,'” she said.

Members of Community Matters believe Lower Price Hill in particular has elevated lead levels in soil for several reasons. First, it’s an old neighborhood, meaning most of the buildings were built before 1978 and lead paint was used. As older homes are demolished, renovated or even simply left to age, lead gets into the surrounding soil and flakes off in the form of paint chips. The area also has a history of industrial use that could have increased the lead contamination.

Community Matters hopes that, with more awareness of the problem and more widespread soil testing, it can help create more vitality in Lower Price Hill.

“So we all know where the exposure risks are and what to do,” said Delaney. “And we are advocating to the city for some legislation to help improve access to families, so if you find out you have lead exposure in your home, and you’re a renter, what’s next? We’re trying to advocate with the city.”

Cross's family is among those hoping for better access to help and resources. They've dealt with fear and struggled to get the help they need, even when lead contamination was repeatedly found in the places they lived.

For her mother, it was just as scary.

“It can do a lot of damage to their brain when they get older,” Mince said. “They could end up in the hospital when it gets very high.”

That fear was amplified by five. All six of Mince’s children experienced lead poisoning because the homes the family lived in were old, and all contained lead paint.

“Every three months, maybe six months, I would move because every house I lived in had lead,” Mince said. “The health department would come in check and everything. Sometimes the landlords want to do something. Sometimes they won’t.”

Lower Price Hill isn't the only Cincinnati neighborhood with this issue.

“For the city, all of the neighborhoods are high risk," said Rashmi Vyas, director of the Childhood Lead Poisoning Prevention Program for the Cincinnati Health Department. "There is no one particular neighborhood that has a high level, and nothing that has a low level. Every neighborhood is high risk.”

That’s because of the age of the housing stock. Vyas said 93% of the city’s housing stock was built before 1978, which is why it’s essential families are testing their children for lead poisoning.

“Lead poisoning is the number one environmental health issue which is entirely preventable," Vyas said. "There’s no symptoms for lead poisoning, it’s asymptomatic, and the only way to test for it is a blood test."

Right now, Community Matters doesn’t have the means to provide neighbors with blood tests, but it plans to keep advocating for families to get them done. All the while, the nonprofit will continue soil testing. So far, it’s tested about 10 plots and hopes to test 50 by the end of the year.

It’s also working with various lead prevention groups throughout the city, even helping to send local families to Washington, D.C., to advocate for nationwide legislation on lead poisoning prevention and remediation.

Cross was one of the neighbors who went and testified as part of the Fundred Dollar Bill Project.

“I don’t like when people have to go through things, that people just don’t want to help anymore,” Cross said.

She’s hopeful her voice — along with the work of Community Matters — will prevent others from experiencing what she did as a child.

“People just leave it alone, or just leave the problem as that," Cross said. "And then when the problem gets worse, they finally want to do something about it. So I think we should deal with the problem now, so it doesn’t get worse at all."