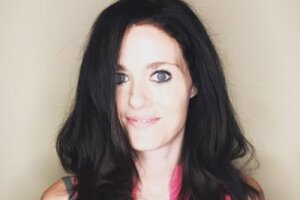 Meghan was born in Houston and grew up in Denver. She moved to Cincinnati with her family in 2001 and graduated from UC in 2007 with a bachelor's degree in journalism and a minor in French.

She then moved to New York to go to graduate school, where she earned her Master's of Science in journalism at Columbia University with a concentration in investigative journalism. She worked as an associate editor at the New York Times Syndicate before she moved back to Cincinnati in 2009.

Meghan started working at the Cincinnati Enquirer as a copy editor, then eventually moved to the digital team, which she ran for two years before becoming the breaking news editor and eventually a daily story coach.

In 2015, Meghan decided to quit the Enquirer so she could stay home with her two young children.

But then an offer from WCPO knocked on the door, and she's been there ever since. She started as deputy managing editor before transitioning to a digital enterprise editor, where she worked on a team with 35 other digital reporters and editors to create WCPO Insider.

In 2018, Meghan was named Senior Manager, Enterprise/Investigative. She manages the I-Team and WCPO's enterprise reporters, working with individual reporters and teams to develop stories that move our community and that hold the powerful accountable.