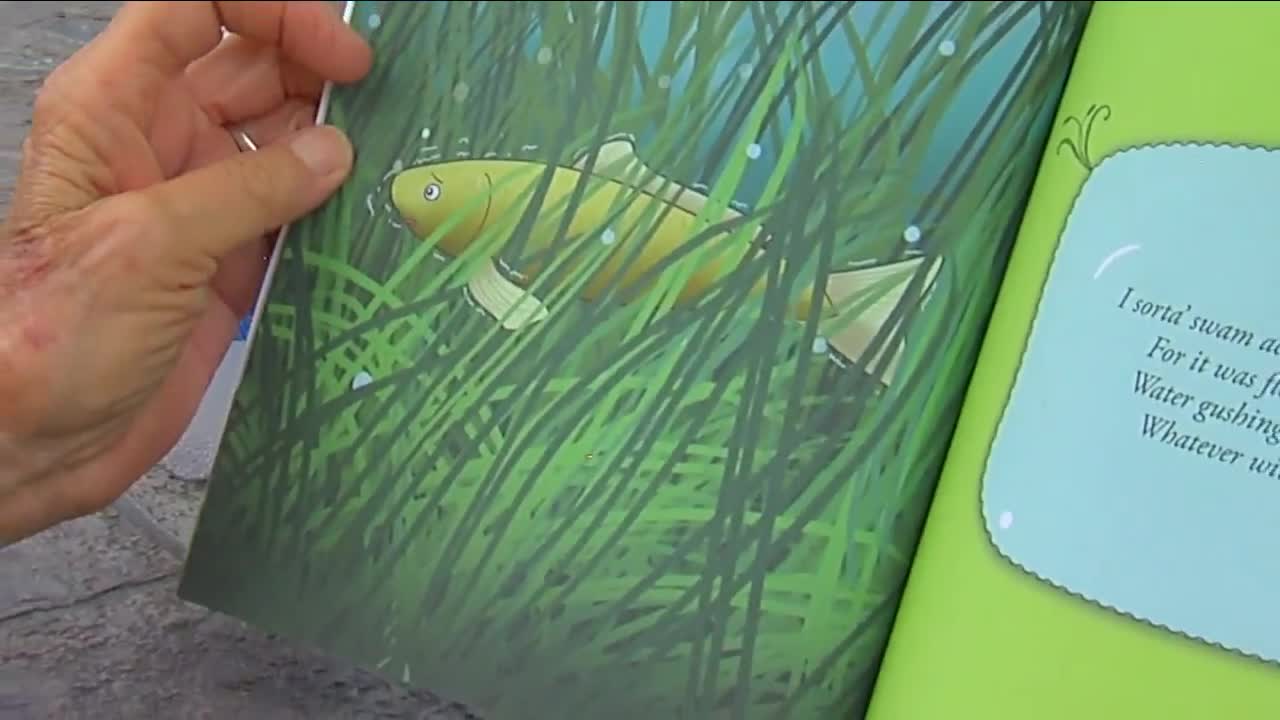 Retired nurse Joyce Ferrell came up with a whopper of a way to help students at her old nursing college, a fish story jumping right out of the pond and onto the page.

Retired RN Joyce Ferrell has koi fish who come when she calls, and one of them, Daisy, has a new life outside the pond and on the page.

“This is my first children’s book,” Ferrell said, referring to "Daisy’s Adventure."

The latest chapter in her life is about more than telling tale – there’s a moral to her story.

“You don’t know what life may bring, but if you keep believing, you’ll be okay,“ Ferrell said. “Friends can help with everything.”

She learned that firsthand in 2006, when she lost her house to a fire. During those tough times, people were there for her and that put her on a path to pay it forward.

She’s hoping "Daisy’s Adventure" will help Christ College of Nursing students. The college holds a special place in Ferrell’s heart because she’s an alumna. She’s also on the Christ Hospital Foundation board and got an invite to sell her book at the hospital gift shop.

“So I thought, ‘Well if they're gonna be nice enough to do that, I’m gonna pay it forward and give something back,’” she said.

Ferrell is donating 50% of the profits from "Daisy’s Adventure" to the nursing scholarship fund.

“She has a soft spot for our students,” The Christ College of Nursing Administrator Tiffany Porter-Shabazz said. “She understands the work they do.”

The little fish tale is serving has a bigger purpose, and all because Daisy – like Ferrell – got a little help when she needed it the most. As the story says, one night a thunderstorm caused the koi pond to overflow and Daisy got washed away into the driveway of Ferrell’s neighbor. Daisy survived the night in a puddle.

A friend found her there the next day and put her back in the pond – bringing us to the moral of the story.

“Friends can help with everything,” Ferrell said.

She doesn’t know the nursing students she’ll be helping, but she knows how it feels to walk in their shoes.

“I used to watch these two nurses walk by and I said, ‘Someday that's gonna be me,” Ferrell said. “I was six years old, and I'm very proud to say I've been there, but I want everyone who has that dream to be able to achieve it. That is my goal.”

Ferrell said you can find "Daisy’s Adventure" at some Joseph-Beth locations, Barnes & Noble and Amazon.