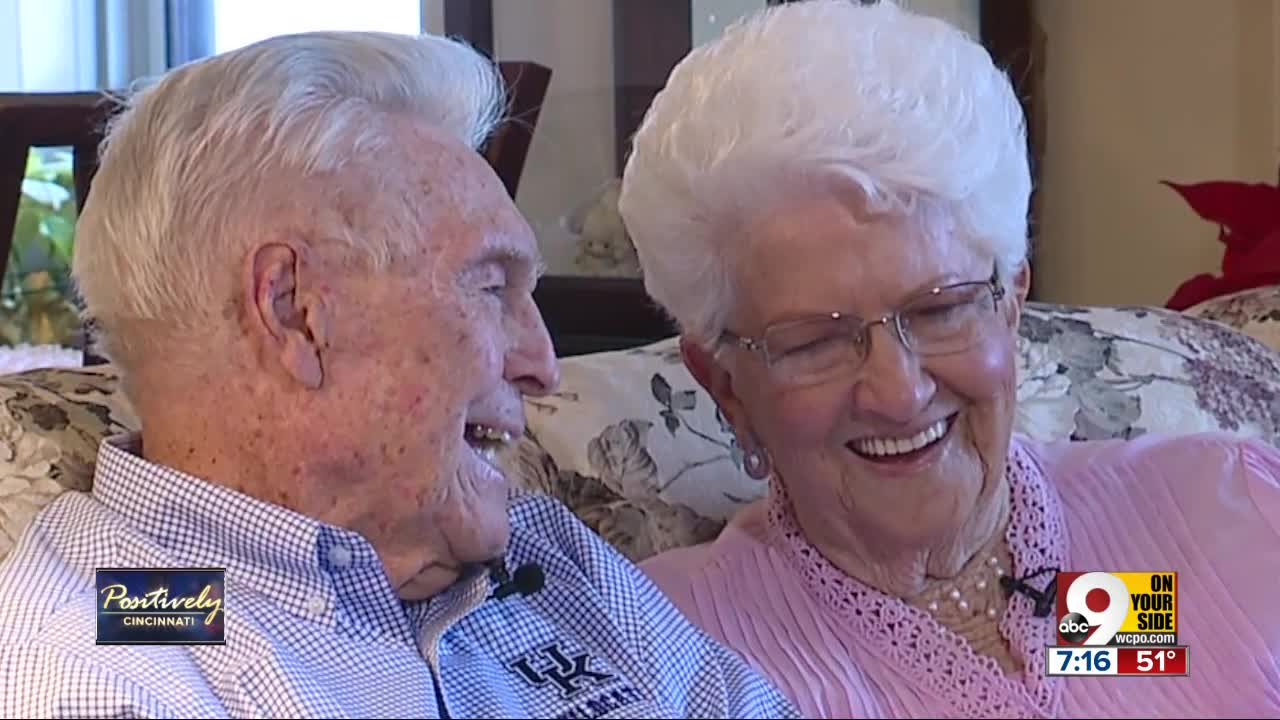 Joe and Dorothy True have been true to each other for decades, marrying on Jan. 19, 1945.

CINCINNATI — Joe and Dorothy True of Cincinnati have been true to each other for decades, and this Sunday they celebrate 75 years of marital bliss.

Their love blossomed in the age of big band music, meeting for the first time while Joe was playing guitar at a party.

The pair set up a date, and Joe remembers being so excited for their first meet-up that he arrived too early — Dorothy was still milking the cows.

Then there’s the time the two stayed out too late — and Dorothy’s father was far from pleased.

Granddaughter Kim Carmichael says the secret to her grandparents’ successful marriage is evident.

“Just stickin' it out … you have hard times, you keep moving on and loving each other,” she said.

Today, they show their love through small acts, like the way Joe helps Dorothy with her jewelry because her eyesight isn’t great anymore, and the way Dorothy is Joe’s ears since his hearing isn’t what it used to be.

The five generations of Trues will gather Sunday afternoon to celebrate the family that started with a two-person commitment so long ago.

“It takes teamwork. It did, it does” Dorothy said.

“We depend on each other and put it in the hands of the Lord, and He took care of us,” Joe said.