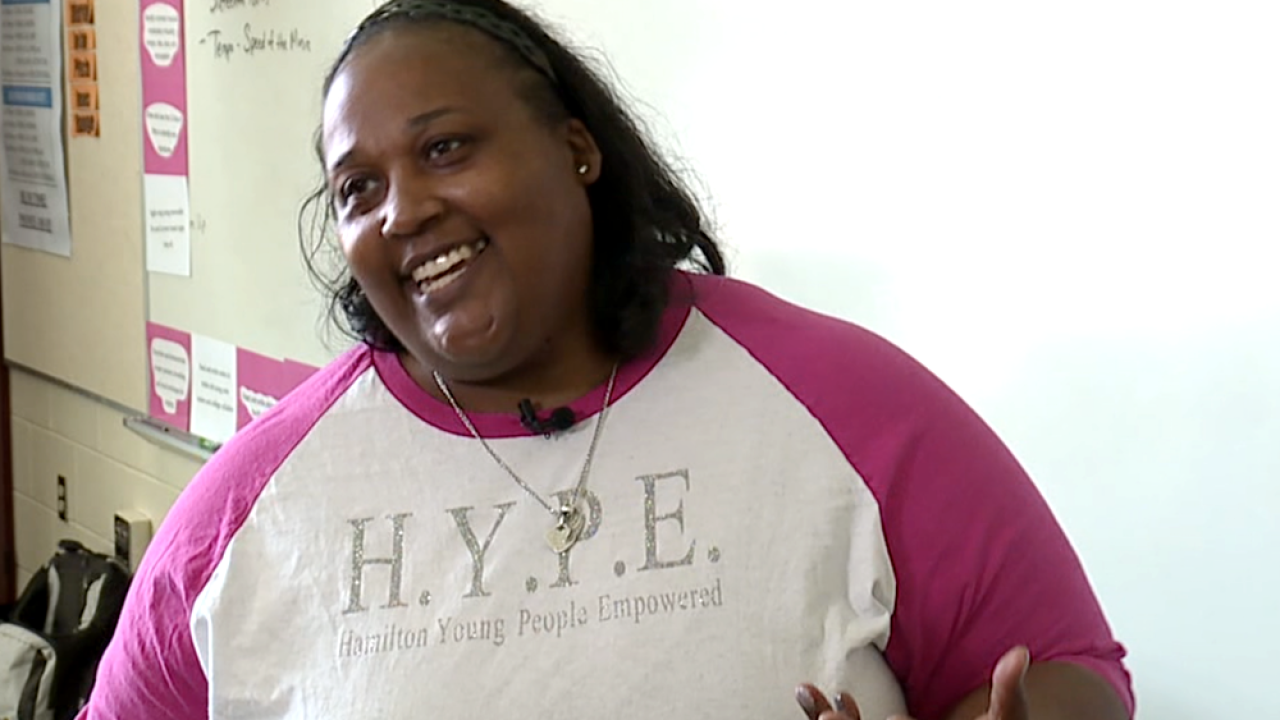 HAMILTON, Ohio — Terri Thurmond had lots of rules for her daughter, Shaquila Mathews, as she grew up. One of the most important: “Always have a good name. When they speak about you, you want to be spoken of as someone doing great things. Someone with integrity.”

Mathews’ good name these days — the one that earned her Hamilton’s Citizen of the Year award in January — is Pastor Shaq, anti-violence advocate, pastor at Truth & Life Community Church and founder of Hamilton Young People Empowered. HYPE, for short.

HYPE, held at Hamilton High School’s freshman campus, began with an jobs and mentoring program when Mathews first started. Now, it includes a literacy program, a gym to encourage activity, boxing and a music program. Hundreds of young people participate after school.

“The person she is in general just makes our lives better,” student Sire Riggins said. “When you see Pastor Shaq, you know something good is gonna happen.”

Mathews, who runs HYPE alongside her work as a pastor, her two part-time jobs and her family life, said she sees it as her way of paying forward her good fortune in life.

“When you see the kids at Kroger and they’re like, ‘Mom, that’s Pastor Shaq, it’s like, ‘OK. They’re listening,’” she said.

It’s also a way of trying to help guard them against some of the heartbreak her own family has experienced.

Mathews’ brother, Calvin, was shot to death in late 2016.

“Some of the choices he made…he wasn’t raised that way,” she said. “He didn’t have to make those choices. That’s a thought on my mind, like every day.”

She added she would not have been able to make HYPE happen without help from others in the Hamilton community, especially leaders at Hamilton High School. Their shared goal, she said, is to give young people the best experience possible: Safe, constructive and fun.