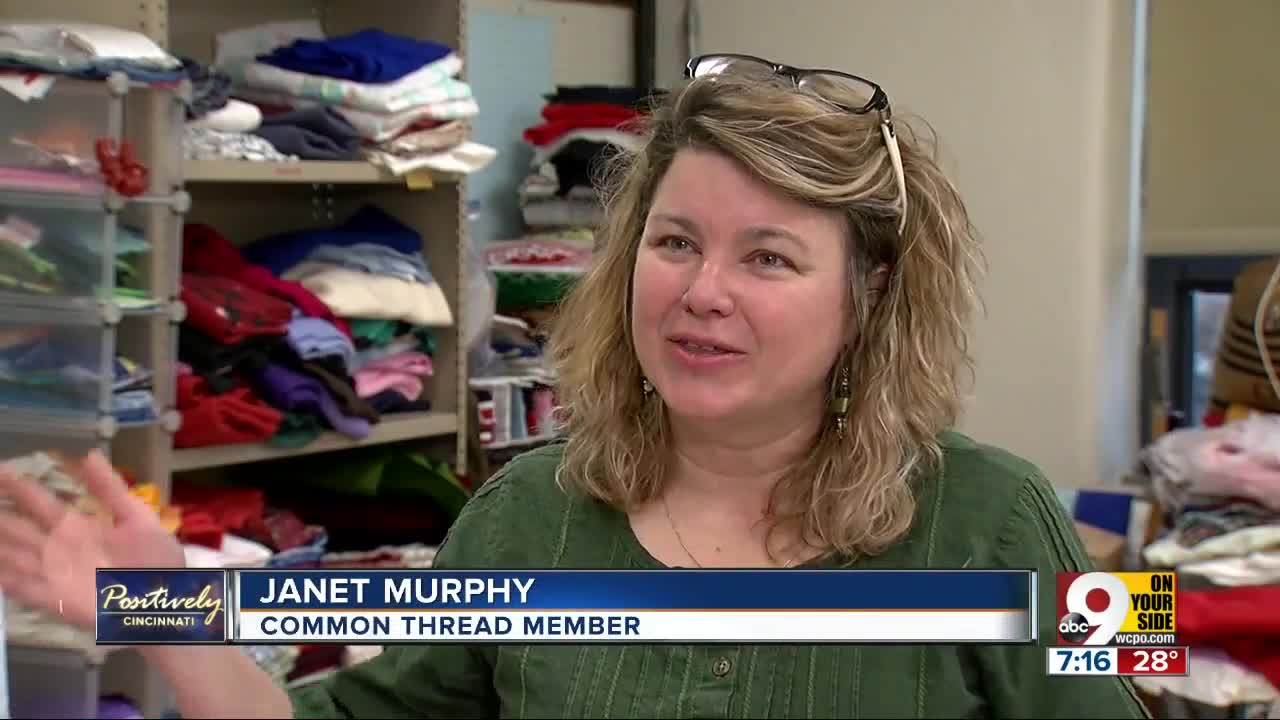 CINCINNATI — Santa’s Workshop might have a satellite location in Westwood.

In a classroom at St. Catharine of Siena School, members of an all-ages Catholic crafting club called Common Thread spend their December afternoons knitting hats for newborns at Cincinnati Children’s Hospital Medical Center and decorating stockings for local families in need of a stranger’s holiday kindness.

“I’m making as many as I can before that deadline of Christmas,” knitter Laurie Winkler said.

Her red beanies, each finished with a Santa-style white border, will soon be on the heads of infants at Children’s and the University of Cincinnati's West Chester Hospital.

Nearby, a pair of eighth-graders used glitter glue and ribbon to embellish red stockings with snowflakes, reindeer and "Noel!" in shiny gold letters. They worked alongside adults who knitted, sewed and customized store-bought decorations into special expressions of the Christmas spirit.

“When you’re doing this kind of work, sewing or knitting or crafting, age is no barrier,” member Janet Murphy said. “The older people work with younger people, and it’s such a good experience to take a raw product to a finished product.”

Common Thread produces crafts the rest of the year, too. The hats for newborns are a perennial favorite, as are prayer shawls for people in hospice. Murphy said the group’s members are moved by their faith to take care of strangers in their community.

“I just watched 'It's a Wonderful Life' last night,” she said. “There's a line where Clarence, the angel, says, ‘You never know how what you do touches someone else's life.’”

She’s fine with not knowing. Sometimes the group gets "thank yous" in the form of cards; other times, they come in the form of donated materials to ensure its members can keep crafting.

“The people of Cincinnati give and give,” she said. “It’s beautiful and wonderful, what they do.”