Positively Cincinnati: A German-inspired mural — and its hidden love story — uncovered in Over-the-Rhine 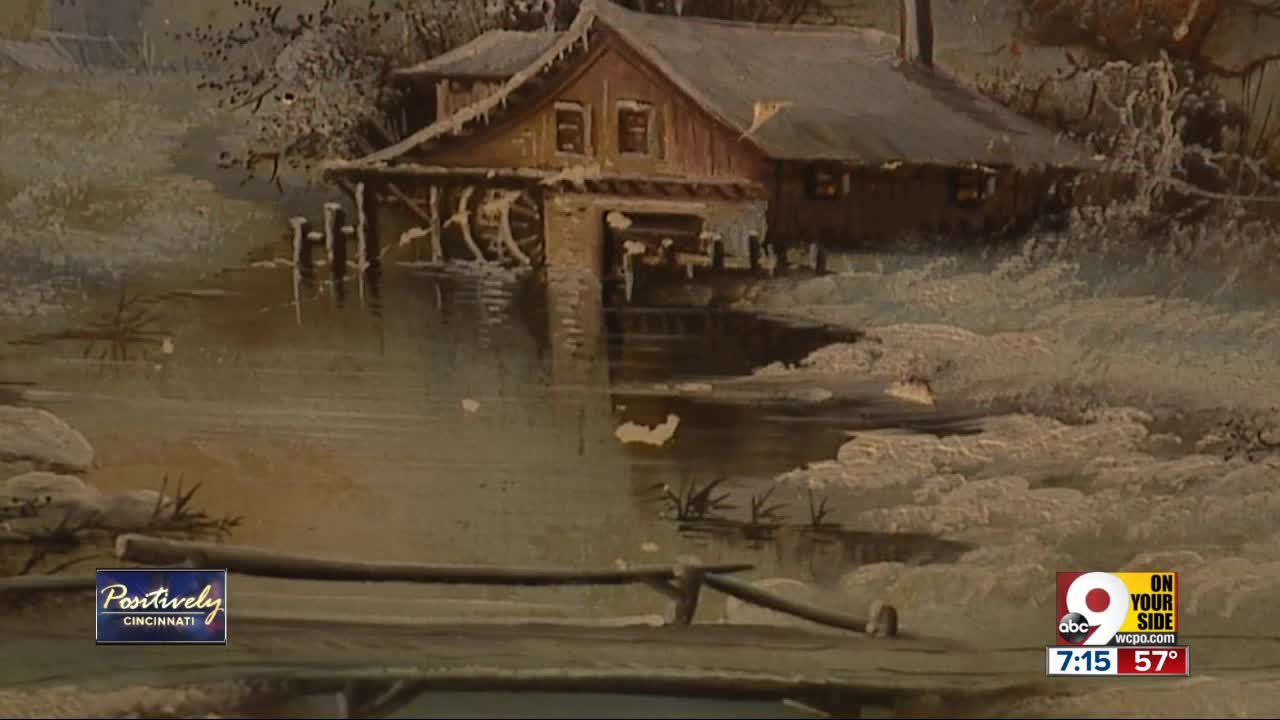 You could call it a Sistine-Chapel-like restoration in Over-the-Rhine, one that uncovers history as well as painterly brushstrokes.

CINCINNATI — You could call it a Sistine-Chapel-like restoration in Over-the-Rhine, one that uncovers a love story as it reveals painterly brushstrokes and newly-vibrant colors.

Danielle Bennignus is working to restore the ceiling murals, using lacquer thinner and a cloth to gently rub away the dirt and old varnish. Day after day, she uncovers more of the painting beneath.

“You'd never know looking at it before it's cleaned … It's kind of a muddy brown... There are actually gold flecks in the paint,” Bennignus said. “It's a really exciting piece. It's just been waiting all this time to come out.”

More than a century after someone painted it, developer and now-preservationist Craig Beachler and his partner discovered the mural when they bought the old building on Elm Street and began working on it.

“When we pulled down the drop ceiling — your standard '70s ceiling in the parlor — we uncovered these beat-up old murals that probably date back to the original building in the 1890s,” Beachler said.

Wanting to learn more about the murals, he reached out to Ann Senefeld of the architecture blog “Digging Cincinnati History” for help.

Archived documents indicate that the “G.S.” inscribed on the architecture stands for George Suss, who was an immigrant born in the Alsace-Lorraine area of France in the late 1800s. His wife, Mary, was born in Germany.

Senefeld said one of the murals’ scenes includes what appears to be the Hohenzollern Castle, comparing the art to present-day photographs. As the Susses came to Cincinnati’s Over-The-Rhine neighborhood, Beachler and Senefeld said the murals are likely a tribute to Mary’s home.

“He decided to commission a painter so his lovely bride Mary Suss could remember the homeland,” Beachler said. “It's a story of love, right?”

And it’s a fitting tribute for the couple. After all, “Suss” in German means “sweet.”