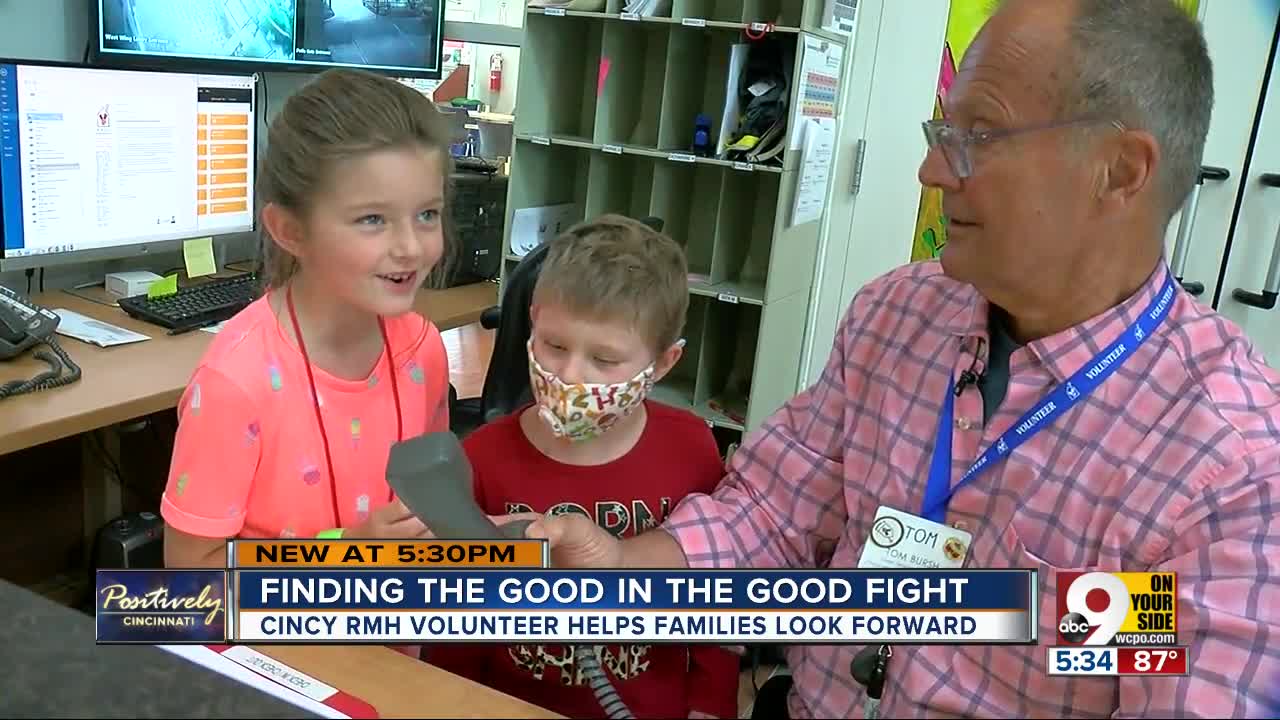 Tom Bursh has been bringing kindness and humor to families at Cincinnati's Ronald McDonald House for more than six years. 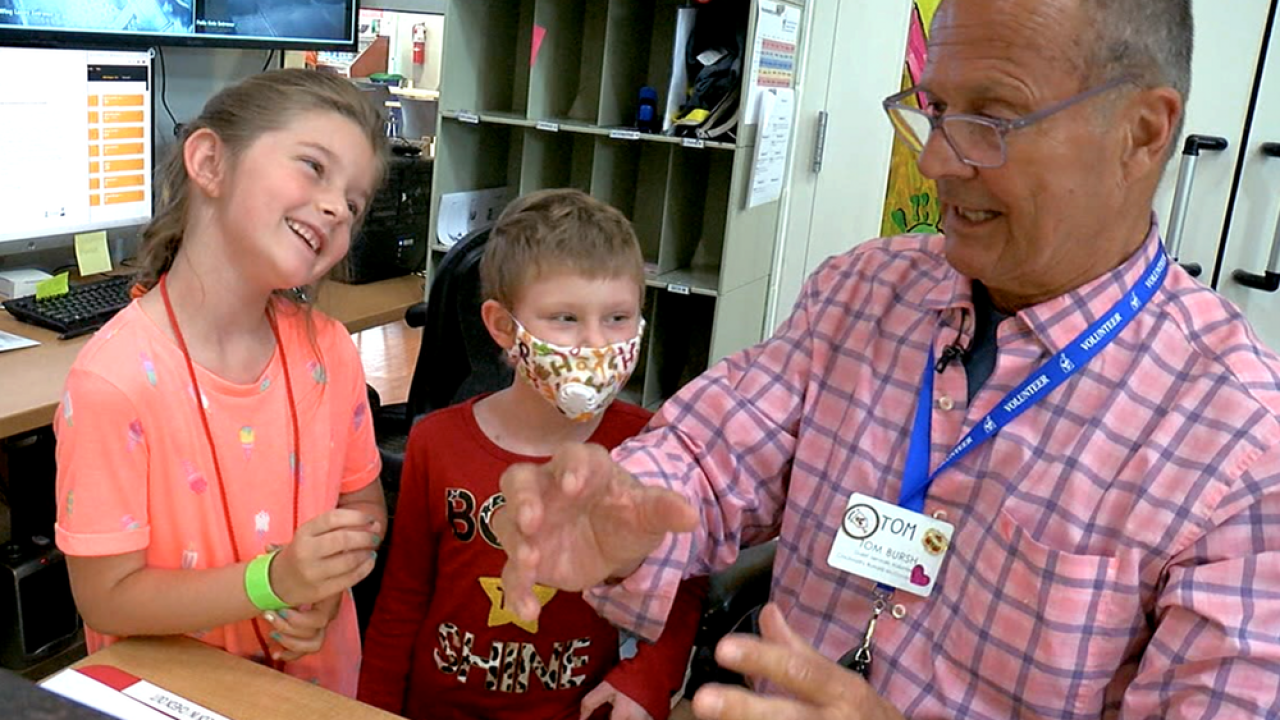 They inspire Bursh with their bravery, he said Wednesday. He tries to return the favor.

“It’s that little bit of time to try and take them away from what is really their life,” he said. “It’s a constant battle. I maybe give ‘em fun, maybe make ‘em smile, maybe make ‘em forget.”

It doesn’t take much to make a child’s day, he added. He jokes with new arrivals, hands out toothbrushes and lets children goof around by making announcements on the PA system.

He and his fellow volunteers also take pictures — lots of them — to help outgoing guests celebrate milestones such as overcoming cancer.

“They’re amazing,” one mother staying at the facility said. “They come in and treat you like family.”

Bursh relates to the patients in a way. He’s dealt with multiple sclerosis since his 20s, and an unrelated surgery affected his walk. He gets around Ronald McDonald House with a cane.

The children ask about it all the time, he said. They also accept his explanation: It’s his third leg.