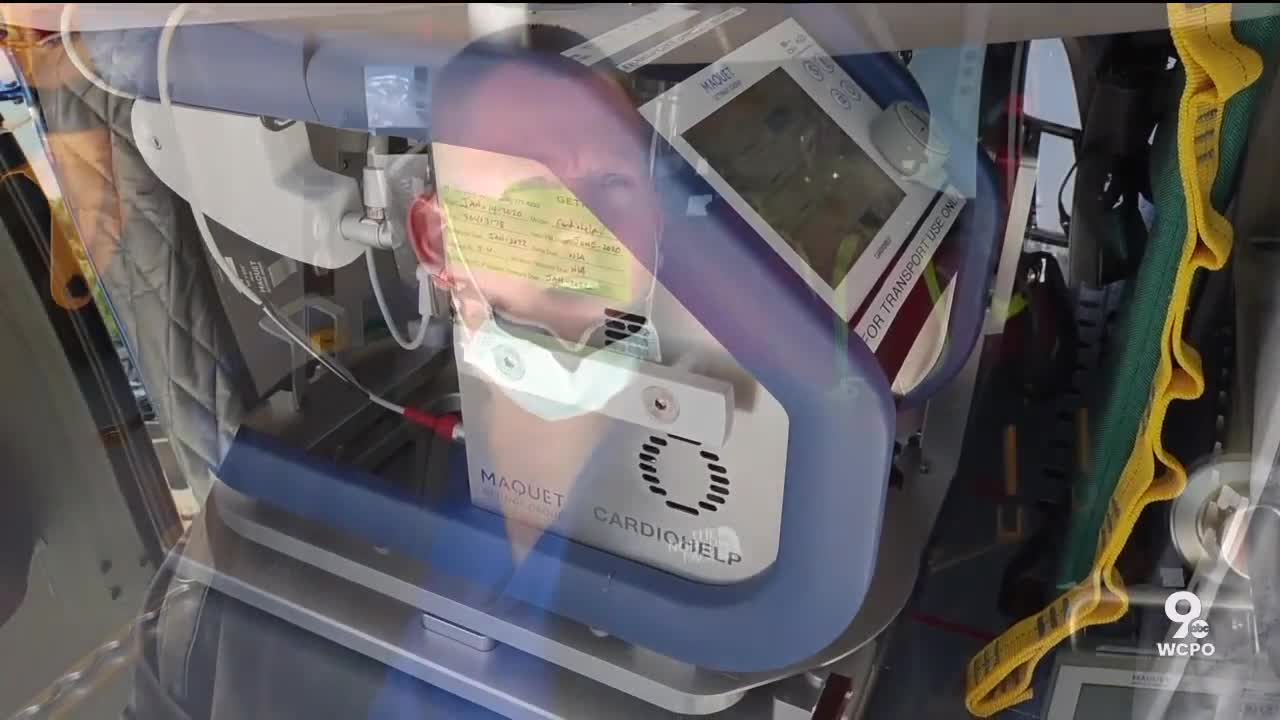 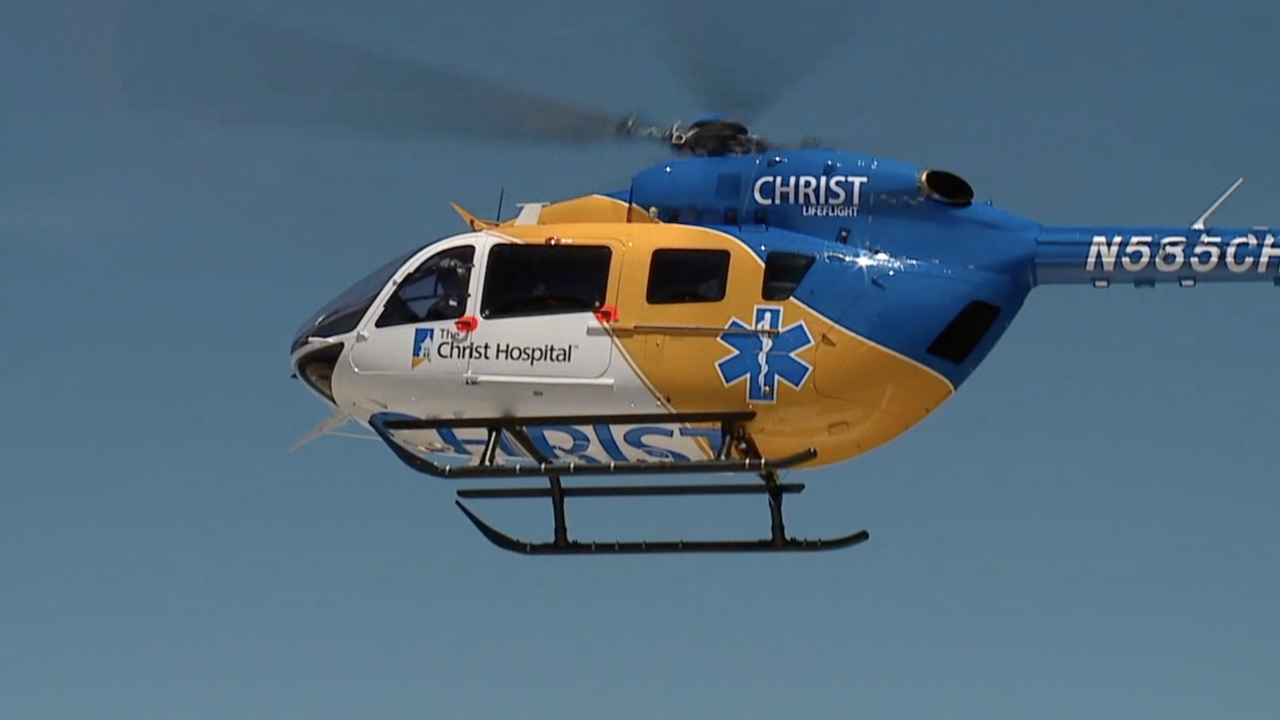 On April 19, as Mike Ammons was sitting at home, holding his baby, a blockage caused what doctors refer to as a "widowmaker" heart attack. His wife, Brooke, can thankfully say she isn't a widow, thanks to some quick transportation from The Christ Hospital's new medical chopper.

"I wasn't able to run...or do a lot of things I was typically capable of," said Mike. Nevertheless, the 38-year-old husband and father never suspected he was in danger of losing his life.

"I ran over to him and started shaking him and saying, 'Baby, baby are you ok?' And he wouldn't respond," said Brooke. She called for help and performed CPR until paramedics arrived. The Dayton-area team quickly decided Mike's best chance of survival was at The Christ Hospital in Cincinnati.

He didn't have the luxury of time, so the hospital fired up a resource they didn't even have until this spring: a new, roomy chopper designed for critical patients who require more medical gear.

"In cases like this, things like the Christ life flight are important to care," said Tim Smith, MD and cardiovascular ICU director for The Christ Hospital. "It allows us to shave minutes to hours off the time of transport when time is muscle ... and time is, in some cases, brain."

Flight paramedic Ryan Harmon also pointed out that a chopper allows for stabilization, avoiding bumpy roads that could harm patients in a delicate state.

As Mike was flown to the hospital, Brooke followed along on the ground, driving to meet the team and hoping for the best. Fortunately, the quick intervention and care gave Mike his best shot. Doctors at the hospital made the decision to put him on an Ecmo machine.

"It actually takes the blood from inside the body, pulls it into the machine, oxygenates the blood and puts it back into the body," said Dr. Smith.

The process gives the heart time to rest and recover, he said. All of it together worked; Mike came back from the brink.

"I didn't have to sit down and tell my kids that their dad passed away," said Brook. "Their best friend was coming home, too."