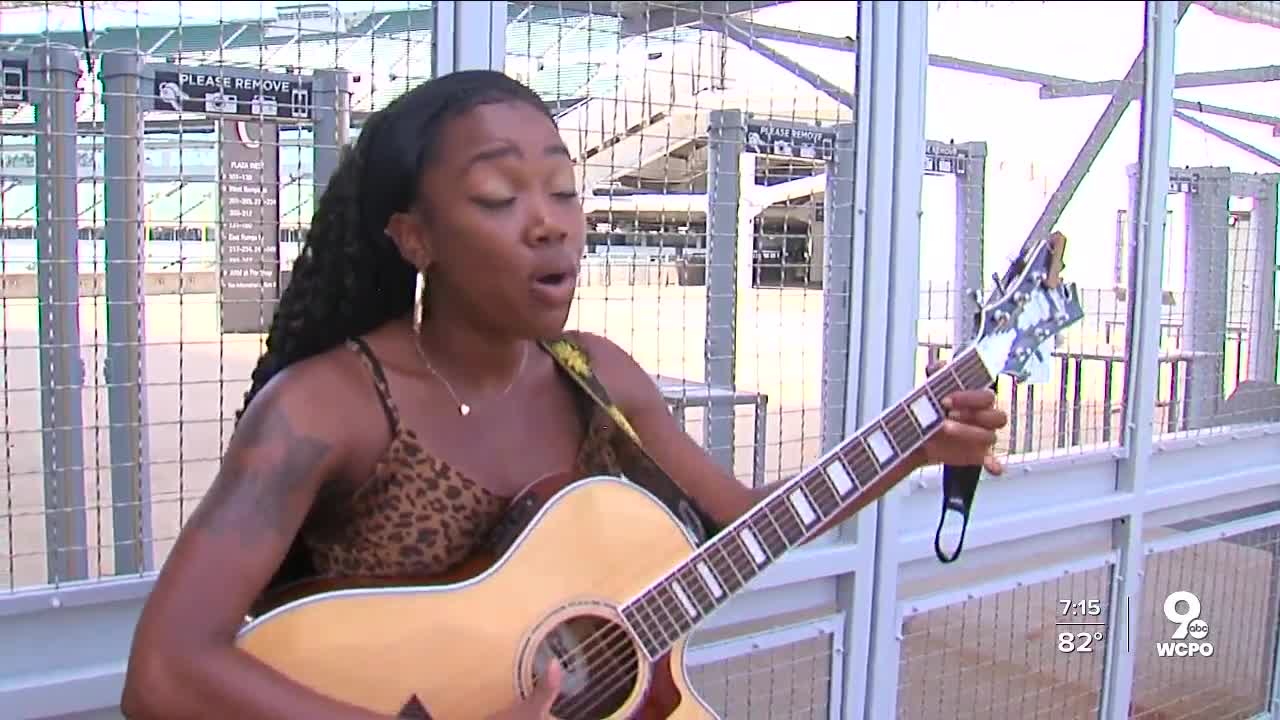 Started in 1962, and, at that time, featuring the music of The Duke Ellington Orchestra and Louis Armstrong at the Cincinnati Carthage fairgrounds, the Cincinnati Music Festival grew to become one of the largest and longest-running R&amp;B festivals in the country.

CINCINNATI — Started in 1962, and at that time featuring the music of The Duke Ellington Orchestra and Louis Armstrong at the Cincinnati Carthage fairgrounds, the Cincinnati Music Festival grew to become one of the largest and longest-running R&B festivals in the country.

The effort to keep the festival’s rich tradition alive during these uncertain times is nothing short of a labor of love.

“I think letting this weekend go by without having anything would have been heartbreaking for everyone,” Cincinnati Music Festival director of marketing and PR Fran DiBattista said.

The producers of the fest decided to take it virtual, inviting local artists like Lauren Eylise to perform.

“To be a part of something as a musician, contributing the same way my idols have – I have no words for it,” Eylise said.

She said she’s excited to be a part of the legacy of musicians and singers who were featured at the festival in the past.

She said it’s important for local artists to be involved with the festival.

“We grew up here,” Eylise said. “We’ve learned from the legends who’ve come from Cincinnati. It feels amazing. I’m grateful, they’re grateful, but also it feels like, ‘Oh, about time we should be here.’”

The locals who have performed on a second stage in festivals past are, in a way, headlining this one.

Eylise will perform two songs from her new album, which was delayed by the COVID-19 pandemic.

“This is a great opportunity to share some of that new music,” she said.

The best part of this year’s show is the price.

“It’s free online for people to watch,” DiBattista said. ”We felt, right now, in these times, everyone needs something to lift their spirits. We wanted to find that sense of community.”

The show’s spotlight isn’t just on the local performers – the city will miss the revenue that the music festival generates, so the website encourages shopping local with all kinds of festival weekend discounts.

To hear all of the Cincinnati Music Festival performances, including Eylise’s pre-taped act, which airs at 7:30 p.m. Friday, visit the show’s website.