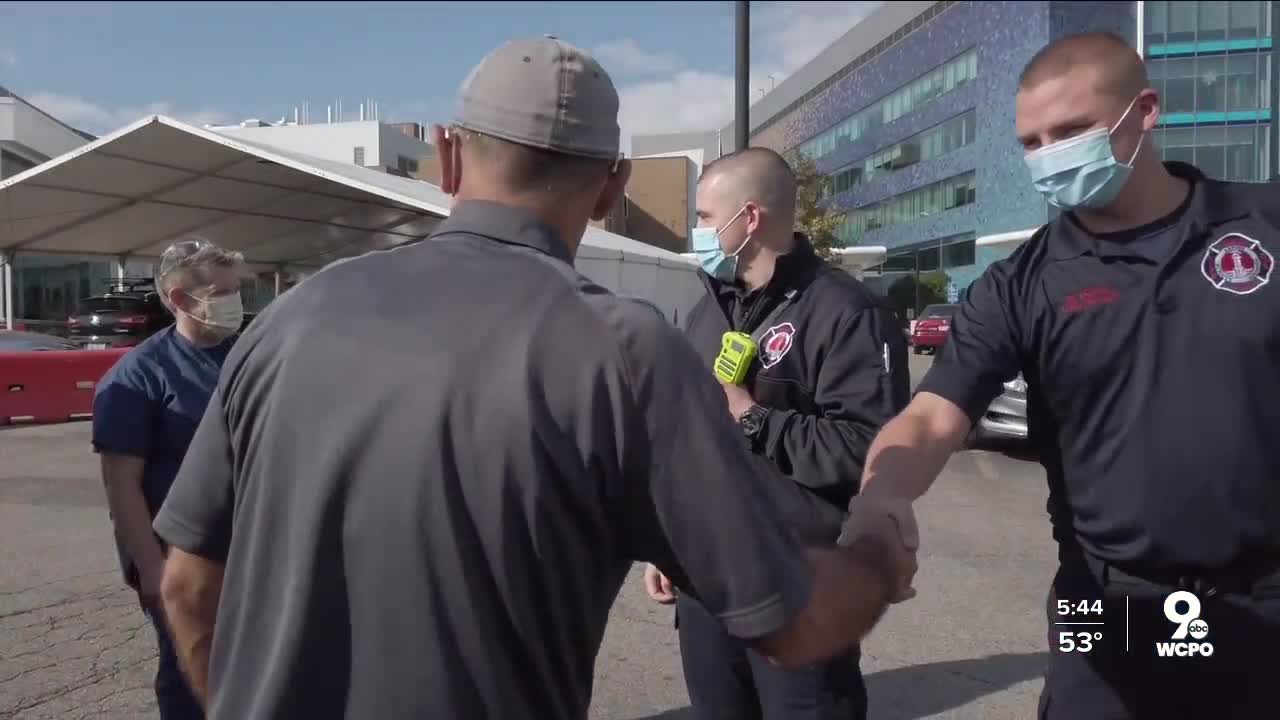 In this case, time was on his side. This was a fast response. He got to the hospital quickly and the team members at Jewish said his door to balloon and stent time was 36 minutes - the standard time is a little less than 90 minutes. 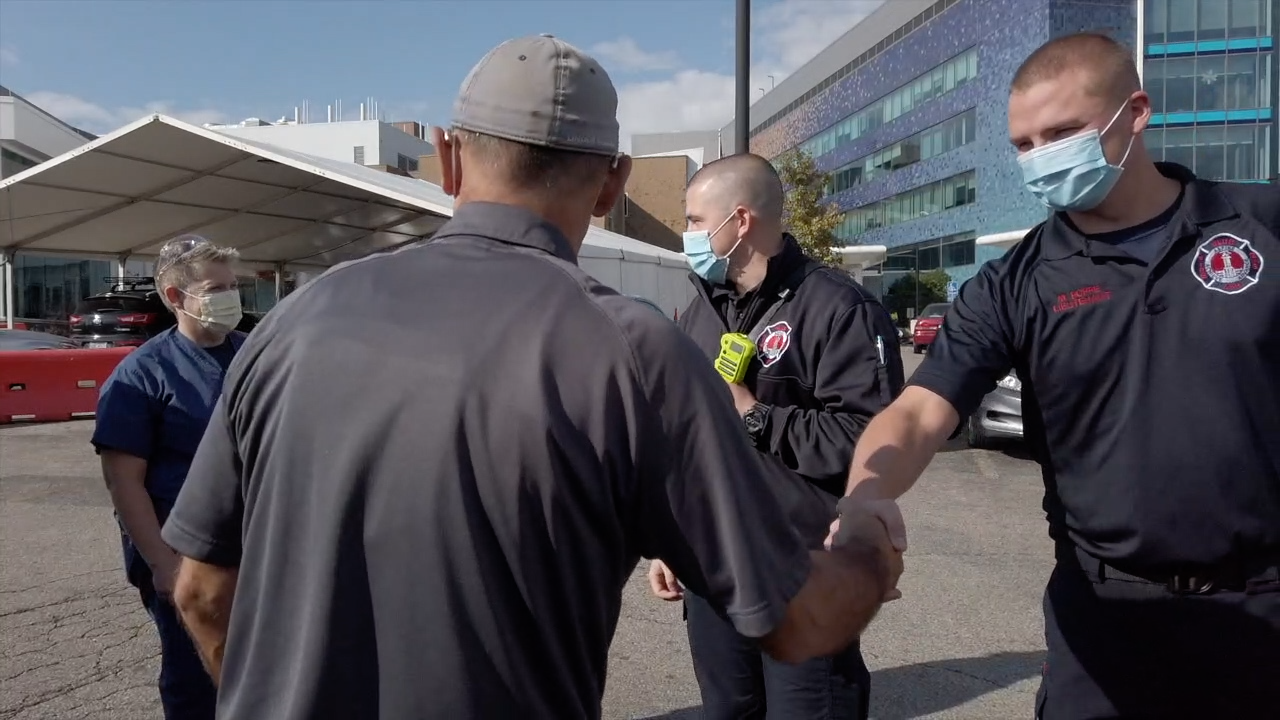 BLUE ASH, Ohio — It’s a good day when you get to check back in with the people who saved your life – just ask 48-year-old Ross Crouse.

“From what I hear, I’m a pretty blessed person,” he said.

In August, Crouse felt a pain in his chest. He called his best friend, Jim, an electrician at Mercy Health’s Jewish Hospital.

Crouse, who was on the road, didn’t make it to the hospital. The pain got too intense, so he pulled into a parking lot.

Blue Ash paramedics found him there because Jim let emergency responders know where his friend was. The quick intervention and response made a difference.

“Absolutely crucial – with how serious his incidence was – another five minutes it could have turned out a completely different way,” Blue Ash firefighter/paramedic Cormac Dixon said.

Even though Crouse was alert and talkative on the phone, he was in bad shape when he got to the hospital.

“When he came through our doors, you could tell he was in more distress,” Mercy Health Jewish Hospital RN Kris Zimmerman said.

Later on, the medical professionals would determine that he was suffering from what's known as a widowmaker heart attack.

Zimmerman said Crouse was in a lethal rhythm and he lost his pulse – so the team got to work. A LUCAS device kept his heart pumping while the care team was freed up to do other life-saving work.

Doctors were able to stent Crouse and get blood flowing through a blocked artery. The blockage caused that artery to disappear completely from the hospital’s imaging machines – but it reappeared when the blood could flow through it again.

“Just the way it all came together – it was the skill of everyone involved,” Zimmerman said. “We love to take care of people in our city.”

It was definitely a team effort. Crouse was on hand to thank the nine people who played critical roles in making sure his kids got to keep their Dad around for the forseeable future.

“I'm thankful for everybody here,” Crouse said, choking up.

In this case, time was on his side. This was a fast response. He got to the hospital quickly and the team members at Jewish said his door to balloon and stent time was 36 minutes. To give some context, the standard time is a little less than 90 minutes.